If you have a girl who draws trouble and her last name is Moore, it makes for interesting times. You can add in her longtime friend who has the same last name, but they are not related. He has graduated and passed his bar exam, but is stuck at the bottom of a big law firm, bored and feeling useless.

Add to the mix a vampire, a handsome male who moves in the night but also moves into their lives.

What do you get? Dead women, demons and a club for those who dress up as Goths. 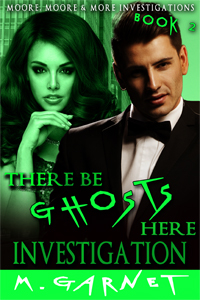 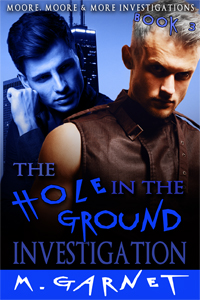 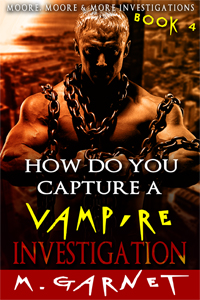 Sandy had had her hands full of groceries and was struggling to get her keys out to punch and unlock her car when she saw him walk across the parking lot.

She stooped over and set the two bags on the ground, then looked through the windows and saw his dark form moving toward the buildings across the street.

Sandy stood back up, arguing with herself. If she were smart, she would open her car door, put in her groceries and drive home. Opening the door would turn on the interior lights and alert anyone around that there was someone here. She couldn’t just leave her things on the ground, but she so wanted to follow him. What was this obsession she had with him?

While she had this argument with herself, the whole situation resolved, as he seemed just to disappear. Well, that was that, she thought, and found her keys. She pushed the right button and opened the back door behind the driver’s seat to set her bags inside. Shaking, she got in the front seat and drove back to her small apartment.

She had tried to follow him a couple of times and soon lost his shadow in the dark alleys he chose to travel. He was choosing not to be seen, and she found it frustrating. How could she be so wrong?

As she put away her groceries in her neat small kitchen, she thought about how it had all started.

She had gone out with a neighbor, a girl across the hall. She and Denise had eaten dinner at a local Italian place that was quick and cheap, since they both had to go to work the next morning. There were three shocking and important things about that night.

Both Sandy and Denise had seen a girl get murdered. Next, it was the first time she had met him. It was also the last time she saw Denise. Her neighbor, Mrs. Canny, was also in the area, but was no help. Not a surprise, considering the lady’s age.

Sandy stopped, leaving the last of the groceries sitting, and wandered to her couch full of pillows. She glanced over at the hallway that led to her door with the extra locks she had installed after that night.