Vampire in the Basement

Not all angels are good.

Tris is one sexy Fallen angel who happens to hunt vampires. Most believe his kind is evil, but he’s actually one of the good guys who happened to be exiled from Heaven. Really, who would want to sit on a puffy cloud all day and watch humans when he can be involved in their lives?

Meanwhile, Daniella has been left to cower in the approaching dawn, praying the hunters won’t discover her. However, the hunters do find her, but spare her life. Her master will stop at nothing to get her back. Tris and Lori have been assigned to protect her. All Tris wants to know is why is she, a vampire, so special he has to keep her safe?

Alone with her, Tris wrestles with his growing feelings, but before he can proclaim them Daniella is spirited away. There is a traitor among the Fallen. Tris must uncover who this is and get Daniella back even if it means laying down his life. What’s an angel to do? 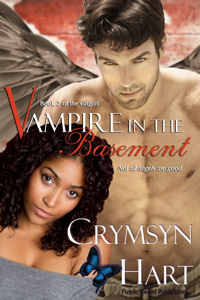 Vampire in the Basement

“This is where you’ll stay. The door will be locked, so don’t try to escape. If you need anything, bang on the door. Someone will hear you.”

Tris pushed past her, but she clutched his arm. “You can’t leave me down here all by myself.”

He thought that he heard a bit of distress in her voice, but he had to be imagining it. “Why? Afraid of the dark?”

A scowl painted her lips. She tossed her bouncy curls over her shoulder and stared at him. Daniella stuck her hand on her hip. “No. I’m not afraid of the dark. But you’re...going to leave me down here all alone? Aren’t you concerned that Balthus will come in here and try to spirit me away?”

Tris chuckled. “We don’t have to worry about that here. The property is protected against any demon spawn that might try to come.”

“Why do you abhor me so much?” Daniella asked.

“It’s not you I hate. It’s what you are.” Tris went back up into the kitchen and locked the door behind him. He waited to hear her coming up the stairs and was surprised that his charge did not start banging on the door to be let out. At least she appears to be behaving. What was it that Hemeil saw in her that he was not going to tell me about? Good time to go ask him.

Tris went to the second floor to inquire with his brother angel and knocked on the door that swung open. “Hey, Hem, you in here?”

There was no answer, so he stuck his head in and saw the room was empty. His clothes lay in a heap and were overflowing from the hamper. The bed was messy and the contents of the desk where he had his television was scattered with coins, bills, and bits of paper he must have pulled out of his pockets. A piece of red paper caught his attention. Tris stepped inside, grabbed the paper, and smoothed it out. It was an invitation to some kind of a club. When he saw the address, a cold chill went through him.

“Tris, anything the matter?” Hemeil asked.

Tris shoved the pamphlet into his pocket and turned around, forcing a smile. “No, nothing. I wanted to see what you meant by what you said downstairs with...our guest,” he forced himself to say. Hemeil nodded. “You don’t have anything to worry about from her. She’s special. I can see it in her eyes. I’m surprised you can’t.”

“What does that mean exactly?”

The other angel slapped him on the back hard enough that it nearly knocked him over. “You’ll see. Try being nice to her.”

“How could I be nice to that creature?” Tris could not help the quiver of disgust that crawled up his spine.

“Because you judge her by your past; that doesn’t mean she’s the same as the one who lured you to her.”

The memory of the vampire’s face flashed in his mind. Long red curls that framed a round face with innocent eyes. Caillech was the one who had caught his eye, and everything about her had seduced him. Seduced him to the point... He shook his head. It was the past, and he had learned his lesson. He was not going to make the same mistake twice, no matter how much of a beautiful façade the monster put on. She might charm the others, but he had learned his lesson once already, and that was enough.

“They’re all the same. It doesn’t matter if you say she’s different. She’s just like the rest of them.” He walked out of the room and went back to his own. Joe had not told him he had to entertain the vampire, just that he had to watch her and make sure she was taken care of. He could do that, and he would not care in the least if she starved. Tris certainly was not going to provide her with human blood to drink. She would have to do with animal blood. Something in the way of a rat sounded good, or maybe a possum—they were vile creatures—or even a weasel. Something that would keep her going; that was all she needed

Once inside his room, he slammed the door, turned on the stereo, and slipped on his headphones. The music smashed into his ears and vibrated his brain. Korn helped to drown out his thoughts of the vampire in their basement. Caillech’s face popped into his mind. Even with her innocent eyes, her seductiveness had lured him in. He had never thought he would have been bespelled by her. Tris had never known such beauty and grace in another being. He had given up everything to be by her side. She awoke him to the pleasures of the flesh and so much more than there was in Heaven. The heavy bass filled his head, but it did little to stop his body’s reactions to the memories of Caillech’s hands trailing over his chest. The deft way she knew where to touch him and elicit the most passion with only the slightest brush of her lips along his collarbone or when her tongue flicked over his Adam’s apple. Tris felt his cock firm at the idea of being with her once more.

He closed his eyes and tried to force the images from his mind. A few songs played in his ears, and the CD player switched to something harder. Cradle of Filth pounded into his skull. For the first couple of songs, he was content and in peace listening to the shrieking lead singer. It helped to calm his nerves for a while. When the melody switched to something a little slower, darker, he sensed something in the room with him. Tris glanced down and saw Daniella kneeling before him on the floor. A smile twisted her lips into a seductive smirk. Those lips were more luscious than Caillech’s. He was going to shoo her away, but when she placed a finger to her lips he was struck silent. Daniella slithered up between his legs, trailing her nails over his pants so that the sharpness pierced through the fabric and he could feel them on his flesh. A moan stumbled from his lips when she placed kisses along the inside of his thigh, moving closer to his groin. His dick pressed against the seam of his trousers, yearning to break free of the cloth prison. She walked her fingers over his thighs and pulled his shirt from his waistband, yanking it so it ripped on the bottom.

Tris tried to move, but he was frozen to his chair. He gripped the armrests and tried to fight the pleasure racing through him. All his senses were obliterated with the ecstasy of her light touch from the electricity that singed his nerves. 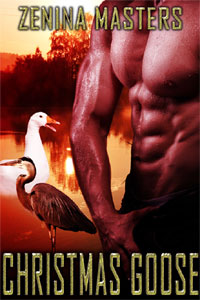