As a seasoned environmental reporter Abigail Copeland has witnessed more than her share of natural phenomena. Ah, but nothing compared to Tristan; a beautiful wild man she discovers in the exotic waters of Coventry Cove.

Unable to resist his great kindness and unearthly masculine beauty, Abigail surrenders to Tristan's seduction and experiences the romance of a lifetime. Even so, two substantial obstacles stand in the way of their love and future happiness: Her rather despicable fiance. And his rather noticeable fin.

Monique forsakes her unfortunate role as bridesmaid in the Wedding From You Know Where (and the accompanying pain of watching her sister marry her ex-boyfriend), by seeking escape in the solitude of her houseboatand the quiet beauty of Florida waters.  What she finds, however, is a sensual merman who aims both to heal her heart and satisfy her deepest desires.

The troubles of this everyday lady of the land soon are forgotten in the arms of the gorgeous Ethan.  Yet is he a passionate diversion, or the "good catch" who will win Monique's heart? 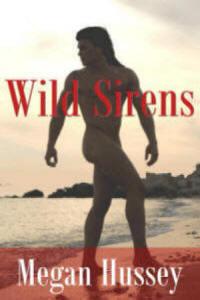 Just beyond the crystalline waters and pure golden beaches of Port Emerald, Florida, lies yet another geographic phenomenon, this one virtually undiscovered.

And Tristan hoped against hope that the site of his birth would remain a place of purity, a nature-made nirvana unchanged and unsoiled by the intrusive hands of "progress."

Each morning he greeted the golden sun that oversaw his lake, painting its streams in vibrant shades of bronze and indigo. He further admired the tall trees and emerald ferns that bordered this expansive, secluded cove, lush foliage that truly shone in the sheen of morning dew.

For tourists, Coventry Cove stood as an undeveloped region of the Florida landscape; a place where Spanish moss hung low from trees populated by azure-hued hummingbirds and stately ivory herons. For residents of Port Emerald, its mother city, the cove stood as a haven where birds and crickets sang harmoniously in ethereal chorus, and cranes walked freely through thick grasses that were eternally tall and wild.

And for one wild siren, the cove was home.

Unlike most people, this young man had no house or land to his name. Yet for him, the warming waves of Coventry Cove represented his home and heritage.

"Indeed, I guess my concept of a bachelor pad differs from most." He smiled now as he dove headfirst into the streams of the cove, then sighed, almost relieved as he sank into an all-encompassing cocoon of healing, nurturing waters. "I guess it's all a big trade-off, really. Most guys get the cable and central air. I get the fin."

A golden ray of Florida sunshine fell with warm grace on Monique Burke and her small white schooner, casting them in nature's spotlight. Yet the 30-year-old only cringed and ran a sweat-beaded hand across her fair-skinned forehead.

"I wish it would cool down a bit," she scoffed. "I'm beginning to feel like an overdone pork fritter in Ray Bans."

Monique looked down at her fully made form, clad as it was in a T-shirt and shorts.

"Why didn't I wear a bathing suit?" she pondered, then cringed as a yacht full of 20-year-old, irritatingly sculpted beauties passed her line of vision.

"That's why," she decided, turning instead to a more pleasing vision.

Monique never grew tired of seeing the sunlit reflections that fell gently on the waters of Port Emerald Bay. The sun's beams cast the crystalline seas in a surreal shade of bronze; a hue that never failed to inspire this native Floridian.

As her gaze shifted skyward, Monique marveled at a group of soaring ivory gulls that seemed in a race with the rising skyline. They scaled a line of swaying sable palms with grace and ease, before forming a circle around a multicolored, delicately arched rainbow.

"This is the good part about living in Florida," she thought.

The bad part, of course was having to share a home state with Ray Slade.

Ray's marriage to Leslie, Monique's sister took place today. Monique chose not to attend the ceremony; a move that placed her in bad ranking with friends and family members.

Not all of these people knew, however, that Ray once dated Monique. Yet his first look at the slender, blonde Leslie changed that situation.

"I'd say that's a pretty good reason to ditch the ceremony," mused Monique. "That, along with the frill-stricken, lace chiffon dress she wanted me to wear; the one with the oversized bow on the butt."

Monique's musings were interrupted by the sound of a mighty splash in the waves before her. Looking with wide eyes out at the sea, she spotted a large fin protruding curiously upward from the water.

The wind whipped furiously at her shoulder-length, brownish-blonde hair as Monique rose to her feet and ran to the side of the boat. Diving headfirst into the waves below, she swam with swift, furious strokes toward her mysterious target.

After reaching the floating creature, Monique fixed her arms around its massive fin and dragged it back to the boat. It took a lot of effort, but she managed to fling the firm, lean form over her shoulder and climb on exhausted and trembling legs back onto the boat.

Once onboard, Monique laid the creature gently onto her ivory white deck.

The first thing she noticed about the creature, besides its massive, emerald green fin, was a long mass of silken auburn hair that completely obscured its face.

"Kind of like Cousin It in scuba gear," she mused.

Its upper half was completely covered in mud and seaweed.

"Whatever you are, you're obviously a creature of the sea," said Monique. "And we'd better get you back into the water."

After taking a second to rest, Monique dragged the still unconscious creature below deck, and into a convenient bathroom that sported a wide, brass-plated tub.

She hoisted the well-muscled serpent into the tub then filled it with water. She applied a warm cloth to its forehead, trying to stir the creature into consciousness while at the same time washing its muddied face.

Monique's eyes widened as her gentle ministrations uncovered first a broad, tanned forehead, then a set of impossibly high cheekbones. A perfect nose was uncovered next, followed by a pair of wide, almond-brown eyes.

Eyes that now were looking directly into hers.

"You're alive," gasped Monique. "And you're not a fish! If you are a fish, I am never again touching my Aunt Emma's prized tuna salad."

The creature chuckled; a low, throaty chuckle accented by an appealing sparkle of his ebony eyes.

"I am a man, dear lady," he said, his voice hoarse but still deep and firm. "And you have just saved this man's life."

"I am in your debt," he murmured, his warm breath dangerously close to her ear.

Monique drew back, rubbing self-consciously at the warm moisture that now marked her face.

"No problem," she said, smiling. "And by the way, my name is Monique. But who are you? How were you injured? Where did you come from?"

She paused, stroking her chin thoughtfully.

"And one other thing," she continued. "How did you get that darned fin?"

Another round of low, manly laughter met this comment.

"Let me take one question at a time," the man said, holding a pair of masculine hands in mock defensiveness before him. "First, my name is Ethan. I'm a merman, and my home is the sea."

"N-no," she said, shaking her head. "I mean, sure, I've heard legends about Port Emerald being the home of the mermen. But I figured 'the Mermen' was just a minor league baseball team."

It was Ethan's turn to shake his head.

"I know it's difficult for humans to believe," he said, raising his finely arched eyebrows. "But we do exist. How else do you think I got this fin?" 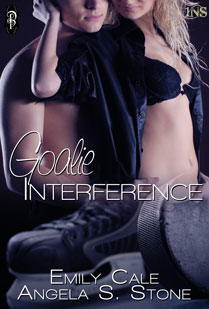