Jamie McRae is head chef at The Lake House, and he’s crazy about Neil Findley, who’s the go-to guy for the president of Smith Resorts. Neil is just as mad about Jamie but doesn’t believe in relationships with co-workers—too risky, too many possible problems.

But when they’re thrown together to prepare for the big winter bash, Jamie throws out all the stops and seduces him with food, wine, and warmth until Neil gives up and gives Jamie exactly what he wants—a man who will love him forever. 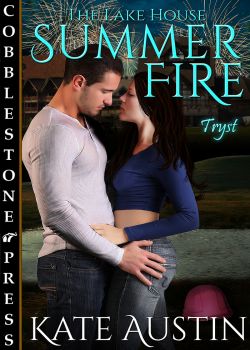 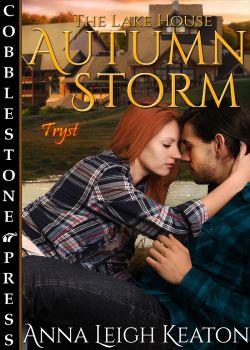 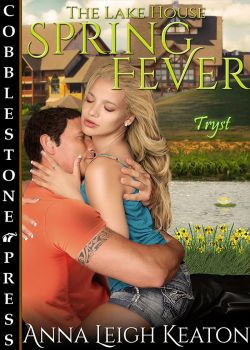 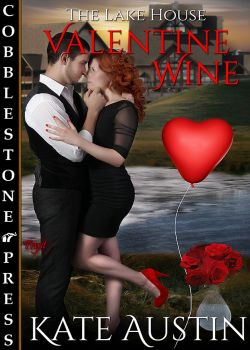 Neil’s stomach roiled with excitement. He was pretty sure—okay, maybe kind of, sort of, possibly, certain—that he wasn’t alone in his anticipation of the big winter bash at The Lake House.

He wasn’t thinking about the hundreds of guests who’d been invited to the party, nor was he thinking about how the event would help sell The Lake House as a destination. All of these were part of his job and none of them were the first things he thought about when he turned his mind to the celebration.

Nope, he was thinking about The Lake House’s chef. Jamie McRae. An almost too tall, redheaded Scot who’d come to the Okanagan ten years ago for a vacation and had never left. Neil had spent a single day with him just before the resort opened and had fallen irretrievably in lust. He called it that because he didn’t believe in love at first sight; it was preposterous to even consider love after a single day.

He’d had too many friends—gay and straight, male and female—who’d confused lust with love and regretted it. He didn’t intend to be one of them.

But he did intend to deal with the whole lust thing while he spent the next few weeks at The Lake House. A lot of his time would be spent with Jamie, refining the menu, tasting the food, just hanging out. They’d have plenty of time together, more than enough time to find out if his instincts—that the lust went both ways—were correct. Neil had made a whole lot of mistakes in the past ten years, most of them public. Then again, everything at Smith Resorts was public. Jack didn’t like secrets, except, of course, his own. But the boss, thanks to Kara, was getting better at dealing with people knowing his secrets, and Neil was trying to follow his example. Secrets weren’t healthy, he knew.

Neil had been lucky. None of his mistakes had caused permanent problems. But they could have.

Jamie was a huge part of the Smith Resorts family and the potential success of The Lake House. So Neil couldn’t afford to make another mistake with him.

They would spend some time together—socially and privately—over the next week, and then Neil would make sure he never saw Jamie again. That was for the best.

Because he couldn’t, just couldn’t, lose another person he loved.

Even now, Neil—the man who was cool to the point of frozen—often woke up at night with tears on his face, thinking of his friend. They hadn’t been flesh and blood but almost as close. Maybe closer.

Rob had died five years earlier in a skydiving accident. He’d been all about danger ever since they’d met in grade school, pushing Neil way past his boundaries into diving, both deep-sea and sky; into wilderness treks in Africa and the mountains of Peru; into all kinds of things that required Neil to buy extra insurance. Lots of it.

When Neil had come out to his family, his uncle Glen and his three cousins had turned their backs on him. He hadn’t seen them for almost twenty years, when once they’d been close.

And then there’d been Delores. Neil hated even to think about what had happened to her. At least Rob had died doing something he loved, but Delores? His sister from another mother? She’d died almost three years ago, when her husband had finally finished the job he’d started years earlier and beat her to death.

Neil had tried everything to get her to leave. He’d used the soft sell and he’d used hard tactics. He’d bought a tiny apartment in small-town Missouri—a place the bastard would never think to look—furnished it, put enough cash for two years off the grid in a safe he’d installed in the apartment, and figured out a way to sneak her out of New York.

“Give me a month,” she’d said. “I just need to do a few things before I go.” She’d rubbed her belly, the baby not yet showing, and smiled at him, as happy as he’d seen her in years.

His instincts had been to take her away with him that very night. They’d been right. Two days later, she was the headline on the front page of the paper; her son-of-a-bitch husband had killed her and the child inside her, and then killed himself. Neil would never get the chance to meet that baby.

Since Delores’ death, Neil’s once sunny outlook on life had darkened. He’d done his best to get over Rob’s death, but when Delores died, he just about lost it. Oh, he still played the game, still smiled and charmed everyone around him; he couldn’t help himself. But beneath that surface lay a deep, dark pit of despair.

He grinned at the phrase, even though it often felt true. He could fake it when he was awake; could still, for hours at a time, almost feel like the old Neil, the life of every party—hell, every day. But that darkness jumped up to bite him every time he let down his guard.

To make matters worse, he’d been celibate for almost three years. The death of Rob, of Delores and her baby had changed him. Now he was faking the old Neil, hiding the new. He wouldn’t be surprised if Jack and Darren suspected something was wrong, but he’d gone out of his way to ensure they never got a chance to question him about it.

And it hadn’t been that hard the past year. Sometimes it felt as if he was so used to it that he didn’t even miss his old self. They’d been busy opening up The Lake House early, almost a year ahead of schedule, thanks to Jack and his obsession with the new manager. And then Jack had completed his fall for Kara and she’d reciprocated. They were getting married right after the big party. And Darren had finally figured out a way to get together with Frannie. Neil was willing to bet they’d also be married within the year.

Then the babies would come. He wasn’t sure how he’d handle that, but he was planning, no matter how it made him feel, to be the best uncle possible.

The triumvirate, the band of not-quite brothers, was changing. Neil didn’t mind. Mostly. He was gaining two sisters rather than losing his brothers. His family was growing.

He, however, was lonely.

And so he’d enjoy his time with Jamie over the next few weeks as they put together the plans for the winter bash; not its official name—that was The Lake House’s First Annual Winter Ball and Valentine’s Day Blowout—but that’s what Jack insisted on calling it.

He had just over three weeks. On February 17, after the bash and the wedding, Neil was leaving Summerland and heading back to Smith Resorts’ head office.

He’d make the best of those weeks. He hoped Jamie would be willing to do the same. 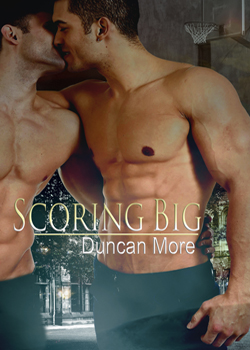 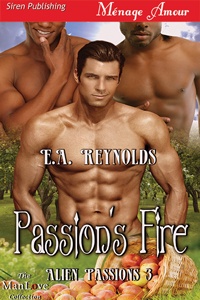 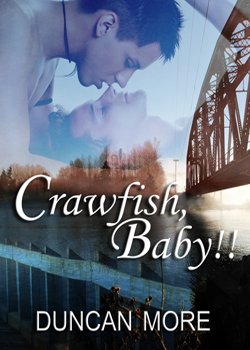