Dylan McIntyre arrives home with fantastic news to find his lover with another man, but worse, they’ve both been brutally murdered.

After his arrest, Dylan’s one phone call is to his sister, Mariah. She contacts a lawyer for him. He is surprised to learn Silver, his new lawyer, is also a wolf shifter.

Released when his alibi checks out, he’s not allowed to go back to his apartment. Silver invites him to stay with them at Connor’s Lair. Dylan meets Tor, the local doctor, who also happens to be a vampire. He fights the feelings the man awakens within. Dylan has anger issues he must deal with, not to mention the traumatic death of the lover who betrayed him.

Dylan could hardly wait to get home. He’d won the fucking lottery! His heart was still pounding a mile a minute. After checking his ticket a second time, he’d hurried back to work, forgetting the coffee he’d just bought, promptly given notice and had left work early so he could share his good fortune with Todd, the man he wanted to spend the rest of his life with. Before he had headed for home, he’d stopped at the bank and put the ticket in his safe-deposit box. It was too dangerous to carry something that valuable around.

He parked the truck, still grinning from ear to ear. He ran his fingers through his hair not even thinking about the oil and grease on them as he ran to the elevator and jabbed at the button. “Why’s everything so fucking slow today?” he muttered, jabbing the button again. “Probably someone moving in and holding up the elevator.”

While he waited impatiently, pictures and plans flitted through his mind—vacations, buying a dream house, a new vehicle for Todd, and a new truck for himself. Hell, what about a boat? Gone with their shitty little apartment. He was a millionaire now. He could afford to buy a mansion. Sure, the government would take its share, but who cared? He’d still have over ten million left to play with. He tried to put it all in order. Buy a house first, then a long vacation. After that, he’d set up his own auto repair shop. And he’d invest. No way was he going to just sit around and do nothing. He could send Todd to college to finish his education. Todd could become what he’d always dreamed about, a doctor.

The elevator finally arrived and the door opened lazily. Old. Everything was old, creaky, and falling apart in their apartment building, but the rent was all he could afford with Todd out of work and receiving no unemployment benefits.

“No more worries about that,” he mumbled as the slow elevator ascended to his floor. The only thing that caused friction between them was Todd constantly asking for money. Dylan had no idea what he did with it, spent it on, but kept his mouth shut most of the time. He loved Todd so much... He’d give him the world and would do anything for him. His friends and family had warned him against Todd, but he’d ignored their warnings and had jumped headlong into a relationship with him. It had been a whirlwind courtship, with Todd moving in with him two weeks after they’d met. They’d been together four months now and he’d never been so happy. This lottery win was going to be a crowning moment for them. He could finally ask Todd to marry him.

The elevator stopped on the eighth floor and he hurried down the long hallway to his apartment. The door was ajar.

“Maybe he went to the corner store for smokes,” he muttered as he pushed open the door, closed it behind him, and walked inside. “Todd? You home?”

Disappointed, he went to the bathroom to wash up. He really had no idea what Todd did during the day when he was at work. He’d asked a few times and always got a vague answer—watched TV, went to the store, lounged around, surfed the Internet looking for a job. If he asked why Todd was already broke, he got more vague answers. He usually shrugged it all off. “Why the hell is the lid off the tank?” he muttered and replaced it. The cabinet above the sink was wide open, the contents in disarray. Uttering a growl, he closed it. He quickly scrubbed his hands and splashed cold water on his face. Todd was not one of the tidiest individuals, but this was getting beyond untidy.

Annoyed, he left the bathroom, walked into the living room, and was shocked to the core. His couch was upside down and ripped open. The chair cushions were slashed and the stuffing pulled out. Drawers from the entertainment unit lay on the floor, the contents spilled. Books were scattered everywhere, as was his DVD collection. He saw the laptop on the coffee table still open, an array of beer cans and empty wine bottles surrounding it. He tried to process the mess and automatically started to clean up, not even wanting to admit that his place had been broken into. He was about to close the open laptop when he noticed what was on the screen. Gambling! So that was where Todd spent his money. Damn, do I really want to tell him about the lottery win after seeing this? Irritated, he slammed the lid down and continued to gather the empties off the table, then took them to the kitchen where he found even more of a disaster. Every cupboard had been emptied and the contents thrown on the floor. Shards of broken plates, cups, and glasses littered the white tiles, mixed with food that had spilled from cereal boxes and opened containers. The stove was pulled away from the wall, its door open. Even the fridge doors stood wide open.

He froze for a moment. What the hell had happened here? Where was Todd? Why hadn’t Todd phoned him about the break-in? That’s if his partner even knew about it. Were the perpetrators still here? Nah, if they were they would have reacted when he called out Todd’s name. Dazed, he dropped the empty cans, snapping out of his fog as the aluminum clattered to the floor. His shoes crunched on broken glass as he left the kitchen and went back to the living room. The bookcase was on its face on the floor. Without even thinking, he picked it up and placed it against the wall. Should he call 911? Had Todd already called them? No, surely Todd would have been waiting for the cops. This had to have happened while Todd was out. Why would thieves rip open his furniture? What the hell were they looking for? “I’ll call the cops soon as I’ve showered,” he muttered, vaguely realizing he should be calling them right away instead of thinking about a shower.

Pictures lay broken on the floor of the hallway. He walked into the bedroom while yanking his dirty, grease-stained t-shirt off and over his head, deciding to at least put on a clean shirt. He scrunched it into a ball and while aiming for the dirty wash basket, stopped dead in his tracks. “Oh my God!” 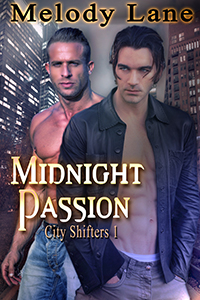