With Connor captured, it is now up to Silver and Connor’s family to rescue not only Hank and his pack, the other ones that were taken, but most important to him, the love of his life as well.

Will their rescue be successful? Can the witches eradicate all memory of shifters from each and every government official? Can they rescue everyone and will it end there, or will it be an ongoing battle? Will they always be hunted?

Help comes from an unexpected source.

Silver was beside himself. Months had gone by and they were no further ahead in their search. No matter how hard Ana, Bart, Zenita, and her daughters had tried, they couldn’t pinpoint where the feds had taken the captured wolves and cougars.

“I don’t understand,” Zenita said. “The only explanation is that they’ve been taken to a facility that’s deep underground with steel-reinforced concrete walls and floors. The whole operation must also have been kept top secret, because any of the feds whose minds we’ve read don’t know a thing. Sure, they think about covert operations that are going on, but they’re all to do with politics, hunting down spies, infiltrating terrorist cells. Nothing about wolves or shape-shifters. We don’t know what to do anymore.”

Pacing the floor, Silver wrung his hands. “God knows what they’ve done to them all. Obviously, they haven’t broken any of them, even Hank and his gang, or the feds would have been back. We haven’t seen any hanging around town since they captured Connor and the others. It’s been months, for Christ’s sake. I’m worried sick.”

“Silver, calm down,” Adam said, handing him a brandy. “Zenita and the girls have traveled to Washington to FBI headquarters, and they’ve come up blank. We’ve got a list of every field office, all fifty-eight of them, and though it’s near impossible to travel to all of them, Zenita was able to concentrate on the locations and probe the minds of the agents. Not one of them seems to know anything about shape-shifters, or about the capture. We’re all at a loss.”

“I’m not giving up,” Silver insisted. “They’re all alive. I’m sure of that, but I shudder to think of the tests and experiments being conducted. They could also be using the men as undercover agents, blackmailing them, like they did with me. If they’re sending any of the men out in the field, accompanied by two other agents as guards, they’ll have no chance of escape. I got lucky. Not that I was happy about the deaths of the two agents—they were actually nice guys—but it gave me the chance to escape.”

“None of us are giving up, Silver,” Zenita said patiently. “But unless we can find out where they’re holding our people, our hands are bound.”

“At this rate, Eagan won’t be here for the birth of our baby,” Ana said, her eyes brimming with the tears she obviously tried hard to control.

Silver stopped his pacing and sat beside Ana. He placed an arm around her shoulders and hugged her. “Miracles do happen, Ana. Let’s hope for one to happen soon.”

Stroking her belly, she said, “It would have to be very soon. My due date is close to Christmas and that’s less than a month away.”

Silver understood her loneliness and longing for Eagan. He’d been having just such a tough time, missing Connor more than he could have ever imagined missing anyone. Ana had moved back to her parents’ house and he’d gotten to know her very well. Neither he, nor Ana, dared to move back to their cabins, afraid that the feds were still watching them. Not that any feds had been seen in the area, but one never knew. Not everyone in the area was a shifter, and an agent could easily be posing as any of the humans’ visiting relatives or even a tourist passing through. 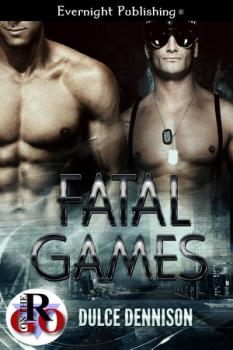 Seaworthy (MM)
K.L. Noone
In Shelf
$5.99
Tweets by
sirenbookstrand