Theo was twenty-five when he discovered something that would change his life -- his adoption certificate, with any information about his birthmother other than her given names, Lilliana Nichole, blacked out. His father is dead and his mother away on business, so he can't ask them why they hadn't told him he was adopted ... and why the certificate had been defaced. He decides his only recourse is to hire a private detective agency to search for Lilliana.

It doesn't take long for Ric Baron of Moore Investigations to determine that locating Lilliana might be impossible. But he's more than willing to give it his all for the interesting young man who asked for the agency's help.

Soon after Ric begins his search, he receives a threatening email from someone who wants him to stop looking for Lilliana. From there, things escalate as Ric and Theo deal with the aftermath of the threat and their growing interest in each other. Can they learn the man's identity before he discovers Theo is Lilliana's son and goes after him? Only time will tell.

"Have you found out anything?" Theo asked the moment he came into Ethan's office.

"Just a bit," Ethan agreed with a smile. "Come meet the man who's going to be doing all the work."

"Ric is, well as he put it a few minutes ago, almost as good as I am. I'd say he'd just as good, or he wouldn't be working for me," Ethan replied as he escorted Theo to Ric's office.

When they got there, Theo saw a dark-haired man seated at a computer. When he turned to look at them, Theo resisted sucking in a breath. He reminded Theo of an Italian actor he'd seen in a movie he'd streamed a few weeks ago. A damned good-looking guy I had a couple of wet dreams about. He could feel his face heat up, which brought an amused smile to the man's lips.

"It's nice to meet the man who's going to keep me in champagne and caviar," Ric said. "Just kidding, but I should warn you, if Ethan hasn't, this isn't going to be an easy job."

"I figured as much," Theo replied.

"Let's take a look at what you brought me," Ric said, opening the folder when Ethan gave it to him. He read the information on the birth certificate, copying it into a file on his computer. "You realize none of this other than your and your parents' names might be real."

"Figured that, too," Theo admitted. "My whole damned life has been based on a lie."

"We're going to find the truth," Ric told him. He felt sorry for Theo -- and was more than a bit interested in him even though they'd just met. It wasn't that he was handsome, because he wasn't. He was attractive in a way that said to Ric he wasn't aware of the fact, with hair that could have been blond or brown, depending on the lighting. At the moment, it came off as brown -- like his eyes. He looks like he needs someone to protect him. Wishful thinking? Probably, Ric decided. But he couldn't help how he felt. It came with the territory. It was why he'd become an investigator.

"How?" Theo asked in response to what Ric had said.

"By employing my super sleuthing skills." He grinned. "And Foster's."

"The document expert we use. If anyone can pull up what was blacked out it'll be him. By the way, Ethan and I were discussing it and came to the conclusion it might not have been your father who did that. It's possible that one of the terms of them adopting you was that the identity of your birth mother be kept a secret. The Certificate of Adoption is all the proof they'd have needed that it was legal. Covering some of the pertinent information wouldn't negate that since the adoption was filed with the courts. Make sense?"

Theo nodded. "It would great if you find out my dad wasn't responsible. It's bad enough that they didn't tell me I was adopted to begin with. Thinking he did that, on the off chance I found the certificate, makes it seem even worse." He obviously picked up on the rest of what Ric had said, because he asked, "If it's on file, it should be easy to find the record of it, right?"

Ric waggled his hand. "Easy if we knew where it happened and the date. At this point we don't, which is why we hope Foster can work his magic. There must be hundreds of adoptions in the country every day. The majority of them are open and above board, but some aren't, which, if yours wasn't, will make it hard to find."

"Where do you start?"

"That's what I was doing when you got here. Using the information you gave us on your parents to run searches on both of them. So far they seem to have been upstanding, law-abiding citizens with nothing on their records other than a few of parking tickets for your mother and two speeding tickets for your dad, back when he was our age."

"I'm not surprised when it comes to Mom. If she doesn't have the right change for the meter she figures she'll be back to the car before a cop comes by. Usually, she's right. Sometimes --" Theo smiled, "-- she's not. Dad used to take her to task for that. She'd promise it wouldn't happen again, until the next time it did. Did they live where it says on my birth certificate?" he asked. 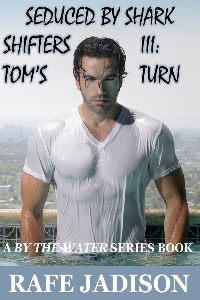