Cruising for a Mate (MM)

Cruising for a Mate (MM)

Cross gripped Zee’s shoulders. “Whatever this is between us, it isn’t temporary. It can become something amazing. Trust me.”

“I’m scared,” Zee admitted “that you’ll finally come to your senses and wonder why you’re with a guy like me.”

“Someone ordinary and lame,” Zee murmured.

Cross tried to push past his anger at Zee’s self-deprecating. It never occurred to him that Zee would have low self-esteem, given how they met. Couldn’t Zee see what an amazing guy he was, that Zee was different from all the airheaded and shallow Omegas on the ship?

“You’re far from those qualities, Zee. You’re sexy, unafraid to tell a dominant shifter off, and one of a kind.”

Well, if words didn’t have an effect, maybe actions would be a better alternative. Cross tipped Zee’s chin, angled the Omega’s face for a kiss, and went for it. Unlike before, Cross didn’t show hesitation. The kiss was all tongue, teeth, and hunger.

Heat coiled in his belly and went right to his dick. Cross planted his hand on the back of Zee’s neck and gave the Omega a push, so their bodies touched once again. When he prodded his tongue against Zee’s lips, Zee opened up, sucking on his tongue. Fuck.

He took a step back, gave Zee a knowing smile when the Omega let out a frustrated little hiss. Reaching out, Cross played with the ends of Zee’s necktie. A tug loosened the fabric, undoing the tie. Zee shivered, eyes shining. Cross’s skin hummed with anticipation.

The image of Zee underneath him, naked, pliant, and eager rose in his head, so powerful he wanted to make it a reality.

“Let’s get out of here.” Cross suggested. This time, Zee didn’t argue.

Cross closed his hand on the back of Zee’s neck and led the Omega forward. They walked past couples and groups, finally going to the lower decks.

“You mentioned coming to the cruise with a friend…do you guys share a room?” Zee asked.

They stood in front of Cross’s room now.

“Not to worry, little Omega. He’s never here, unless you like an audience?” Cross teased, slotting the keycard. He fumbled for the switch, revealing the empty cabin and the two unmade single beds. The freshly made bed practically begged Cross to mess it up, ruin it with the mixed scent of Zee and him.

He locked the door behind him. Zee jumped, making him laugh.

“Are you a frightened little rabbit, Zee? Where’s the fire I saw at the poolside?”

Cross raised an eyebrow. He enjoyed banter like any other man, but soon his patience would reach its limits. Zee was tempting, intoxicating, and Cross couldn’t keep his hands off the Omega.

“You can pretend to be this slick-talking tough Alpha all you want, but I’ve seen a glimpse of the real you. Not everyone would go out of their way to defend their date.”

“Defend? You’re mistaken. I can be severely possessive when it comes to those I care about.” Cross edged closer.

Zee didn’t back away or murmur an excuse. A good sign. Cross played with Zee’s tie again, used it to tug Zee close. Zee let out a gulp. Cross used his other hand to begin unbuttoning Zee, exposing a tempting line of creamy skin.

“Yummy and soon, all mine,” Cross said.

“Yours?” Zee whispered, closing his fingers over Cross’s hand. Cross paused. Zee continued, “Cross? I really like you. Don’t hurt me. Not physically I mean, but take care with my heart.”

Zee sounded like he’d been through the wringer. How many assholes had hurt his Omega, never realizing they had a gift in their hands?

Cross lifted Zee’s fingers to his lips and gave each knuckle a kiss. “I swear. Never in a million years would I ever hurt you, Zee.”

“Okay then.” Zee looked at him uncertainly. “I’ve never been good with these kinds of things. Can you teach me?”

“Are you…” Cross hesitated, unsure how to ask, but he needed to know the answer. “A virgin?”

“Don’t make fun of me,” Zee murmured, looking away, but Cross brushed his fingers over the cords of Zee’s throat, stroking the silky skin thoughtfully.

“I’m not. Thank you for being honest. Let me show what it’s like being with a real man. I’m going to make you fly.” Cross ran his fingers lower, yanking the tie away and tracing the line of Zee’s exposed torso with a fingertip. Zee shivered.

The last of Cross’s patience unraveled, but he reminded himself he needed to take care with Zee. He wanted to make sure Zee would never forget their first time together. With a gentle push to Zee’s chest, the Omega’s ass hit the edge of the bunk bed.

“Let’s get the rest of your clothes off,” Cross suggested.

“I’m not fit or muscled-up like you,” Zee said.

“There’s no need to be self-conscious, Zee. I want to see you, all of you.” Cross speared his fingers through Zee’s hair, tugging the Omega close, so Zee’s head pressed up against his crotch.

Zee’s eyes widened at the obvious bulge in his pants.

Zee met his gaze. “I want to see the package too.”

“Normally, I don’t let Omegas tell me what to do, but I’ll make an exception for you. Just remember who’s in control.”

Cross took off his suit jacket. His shirt followed. Zee seemed to be fascinated with his chest. Well, Cross did make it a point to keep in shape. All Alphas had to be tip-top shape, in case some hotshot dominant shifter decided to pick a fight with them for no logical reason.

Cross moved his lips from Zee’s mouth to his throat. It seemed the Alpha was intent on taking his time, delivering good on his promise to taste every inch of Zee. In his limited experience with past lovers, most dominant shifters took what they wanted and never returned the pleasure to their submissive partners. Cross was the exact opposite.

After Zee gave Cross a blow job, he expected Cross to rut him and call it a night.

He could feel the slight edge of Cross’s teeth at the pulse point in his neck. The Alpha drew circles around it with his tongue, making him shudder. The position didn’t escape Zee. It was exact spot shifters placed their mating mark, and those were more binding than any legal document.

To his relief or disappointment, Cross moved downward. Zee soon forgot about his initial thought, because Cross closed his mouth over his left nipple. Cross sucked the bud until it peaked. Heat traveled right to his groin. Zee clenched the sheets, breathing hard as Cross nipped lightly, making him groan.

“You like that, pet?” Cross asked, pulling his mouth away. The Alpha’s breath was warm against the bud. Cross repeated the same action with his right nipple, disabling his ability to think.

Remembering the walls of the boat were thin, Zee tried to muffle his cries. Cross must have noticed him biting down on his lower lip, because the Alpha stroked his thickening dick.

“Be loud all you want, baby. Everyone else on this ship is otherwise preoccupied.”

Zee nodded. Cross kissed his way down his ribs and sucked his balls until he moaned, before moving to his dick.

“Look at that pretty cock. I can’t wait to see you be undone by me, pet.” Without warning, Cross licked the gathered precum on his tip. The image proved too much for him. Zee let out a hiss, vision blurring as he came.

“I’m so sorry,” he whispered, knowing he probably ruined the night by coming too soon.

“It happens,” Cross said, as if it didn’t bother him at all.

“Why should I be? I enjoyed the show, but next time, I want you to hold back for me. Don’t come without my permission. Can you do that for me, Zee?” Cross asked, closing his fingers down his shaft and beginning to stroke it.

Cross chuckled. “Far from it.”

The Alpha began working his dick again. Unashamed, he thrust his hips into Cross’s waiting hand. This time, though, Cross pulled back before he could hit climax.

Heat pooled in his belly. He snarled, which only seemed to delight the Alpha.

“Yes,” he replied. Cross grabbed Zee’s legs and placed them over his broad shoulders.

His breath hitched. Like this, Zee was completely exposed to the Alpha’s gaze.

Cross seemed to take his time, admiring Zee all splayed out and vulnerable. Zee was still unused to having all the attention of his gorgeous male on him. Thank God Omegas were self-lubricating so they didn't need to waste any unnecessary time.

The Alpha then pushed in, making him gasp. He knew Cross was big, but still, Cross’s entry sped up his breathing. Cross didn’t rush, but moved slow and steady, making Zee feel every inch.

He moaned, dick thickening as Cross sheathed himself fully inside Zee, until Cross’s balls brushed against the curve of his ass.

Cross grinned and began moving in and out of him. True to Cross’s word, the burn quickly faded and was replaced by something else—ecstasy he’d never experienced in his entire life. Needing something to hold onto, Zee twined his fingers behind Cross’s neck. The kiss of flesh on flesh made him groan. Wanting more of Cross, he rubbed his dick against Cross’s firm abdomen.

“Fuck. The things you do to me,” Cross murmured.

Cross relented, picking up the pace, moving faster, deeper, penetrating his most intimate places. Each thrust of Cross coaxed something inside of Zee, freeing him from his awkward and usual nervous self.

Cross grunted with each push, reducing him to pants and animal noises. Without realizing it, Zee clawed at Cross’s shoulders, drawing blood.

“Are you close?” Cross asked.

“Yes. I can’t hold back any longer,” Zee admitted. 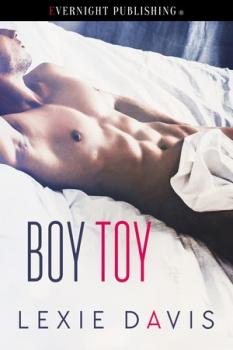