Enforcer’s Embrace is the second in the Southern Supernatural Series, and I noticed something between this series and her Wild Mountain Shifters series...these wolves are a heck of a lot more dominant, more intense, just more! *whispers* And I kinda love it.

When we start our book off, Emily is scooting out of town. She’s pregnant, and Logan pretty much is avoiding her, plus she’s attracted to his roommate. As she makes herself scarce, Logan returns from being away and doing his enforcer job. Emily believes he’s a contractor who works with the police on occasion. He’s very unhappy his mate has left, his roommate, also his second, and Emily’s other mate, is pretty unhappy with how Logan has handled everything. He also comments that Logan should have knocked her up, then she would have been part of the pack. Logan was apparently trying to.

I had to stop there for just a minute because that part made me really angry. Shifter books do seem to have that mating right away imperetive which, not crazy about but ok. However, I don’t agree with impregnating a woman without letting her in on it.

10 months later, Emily is back thanks to a text sent by someone saying her grandmother is ill. Just not true. Her brother makes her tell Logan about the baby, but when...nah, I think I’ll let you read it yourself. There’s lots going on in this book, with bad coyotes, even worse vampires, kidnapping, and lots of yummy dominant sex.

While I’ll admit the ‘get the little woman pregnant’ ploy was just plain old stupid on Logan’s part, (and Ash’s for suggesting it.) Not to mention what they had her do in the woods. (Nope, go read the book.) I really loved the book. Sara is just a great storyteller, and I just love her books even if the heroes are sometimes over the top.

Logan leaned in and brushed a tender kiss across her lips. “I owe you a huge apology for how I behaved last year.”

Emily opened her mouth to forgive him again as relief swamped her, but Logan placed a finger over her lips.

“No, pet, do not simply say it’s okay and forgive. I distanced myself from you because I was afraid. There are things going on that you don’t understand yet. Once you know about those parts of me, there is no going back.”

“I don’t understand. What do you mean ‘no going back’?”

Logan leaned in and kissed her neck. “I promise to tell you everything soon, but first Ash felt left out last night. What do you say we include him today?”

Did Logan read her thoughts or something? She’d just been thinking about him and now Logan wanted her to include him? Emily squirmed as liquid heat started to drip from her entrance. No, she was not getting hot for two men in a restaurant. No.

“Emily,” Logan said with a voice that was full of command. “I can see that you are aroused by the idea of Ash and me. Either say your safe word, or spread your legs and hook your feet around the legs of the chair.” Logan’s hand stroked up her leg until he reached her soaked channel. He gathered her cream and softly stroked her clit.

Emily gasped. “Logan!” He’d played with her pussy in that kink bar, Sinister, several times, but others were getting off as well. Here a bunch of men were eating and drinking. She looked around and thought she saw she was getting side glances a lot.

Ash leaned in and Emily’s heart did a double take at how he firmly grabbed her thigh. “I suggest you be a good girl and listen to your Master. It would be fun for me to fuck you right here, but you may be a bit embarrassed.”

Emily gulped. “Here?” Emily closed her eyes as Logan stroked his finger over her clit, and Ash moved his hands over her aching breasts. She didn’t doubt now that they would bend her over right here with the way they were touching her.

Ash nodded. “I’ve seen it done with a misbehaving subbie. This is pack-owned, and packs share. We don’t see sex the same way you do. We will fuck our mates wherever we please, and if others watch, so be it.”

“Pack-owned? What is that?” Emily asked as she spread her legs wider and made sure her skirt covered her properly.

“Yes, pack-owned. You will know everything soon, but for right now, I may have texted a few enforcers and told them there would be an encore to last night’s show.”

“Last night?” Emily breathed out as she felt a blush go from her chest to her hairline.

“Mm hm. Tell me, Emily. What do you think about having two men fuck you at once?” Ash asked.

“Two men?” Emily shook her head but fresh cream coated her entrance and her ass clenched at the thought of having both of them. Logan chuckled, pulled his hand free, and licked her cream from his fingers.

Emily watched and moaned at the jolt of arousal that shot through her. She’d refused to think about Ash since she was with Logan, but she’d wanted him as well. Now he was here, and he started stroking her leg and moving closer to her pussy.

Logan gripped her chin, pulled her face to him, and lowered his lips to hers. Ash’s fingers swept over her wet folds, and she jumped.

“Good. When you come, I suggested you stay perfectly still and not make any sound. My fellow enforcers have sensitive hearing, and we may end up with a buffet with you as the main treat.”

Emily gasped as Ash’s fingers plunged into her and he rubbed her clit. Logan reached over and pinched her nipple as he kissed her again. His lips tasted of coffee and cinnamon roll as his mouth took possession of hers.

Logan was gentle this morning instead of the vengeful interrogator he’d been last night. They both teased her until she was ready to scream, but she didn’t want all the others to know what was going on or for them to feast on her. She fisted one hand on Ash’s leg and one on Logan’s and whimpered into Logan’s mouth as her need grew.

Emily’s hips lifted to try and get more from Ash as he gently stroked and pushed into her. Her head fell back as Logan and Ash both pinched her nipple and clit at the same time, and she exploded. She shook as waves of cataclysmic bliss engulfed her, but she couldn’t cry out. She bit her lip as she breathed through the pleasure swamping her.

Emily blinked and looked over at Logan. Just past him, one of the men was stroking his own cock as he watched them. Embarrassment burned her face. How many others noticed?

Logan captured her chin and caught her gaze. “Now how about you return the favor to Ash?”

“Return it how?” Emily asked, although she already had a good idea. She looked around and felt her face starting to blush again.

Logan stroked her lips and gently shoved her toward the floor. “Ash would like to feel your lips around him.”

Emily glanced at Ash. His eyes were half-lidded as if she already had his cock in her mouth. “Here? Now?”

“Yes,” Logan said without a trace of humor. “Show these enforcers who your Masters are.”

Emily had a strange feeling as if she was proving to all these men in the room that she wanted Logan and Ash. “Is this because I left?”

Logan nodded. “In a way, yes. None of them can say you don’t want me and Ash.”

Emily slid from the chair to kneel before Ash. She may end up in jail after this, and hopefully Logan would bail her out, but she would follow his instructions. She slipped Ash’s sweatpants down and pulled his hard cock free. It was about as long as Logan’s but thicker. Did Logan say she was going to have them both at once? They’d split her in two! She licked the rim of the head of Ash’s cock and then smiled at his intake of breath as he fisted her hair.

This was much more fun than she thought it would be. She quickly learned how to make Ash shudder and thrust his hips forward. When he threw his head back and moaned, Emily took his cock fully into her mouth. She gripped his cock with her hand and stroked him as she sucked him down as far as she could without gagging.

“Fuck, Logan. Why did you wait so long to claim her?” Ash thrust his hips forward and Emily swallowed to keep from gagging. Ash groaned loud enough Emily was sure everyone heard. Her pussy once again began to drip nectar at the thought of everyone watching her.

Logan’s hand joined Ash’s. “Swallow him down, Emily. Let his scent fill you and accept him as your Master as well.” 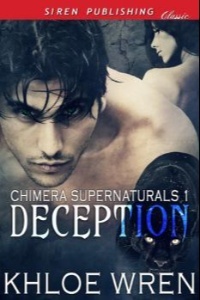 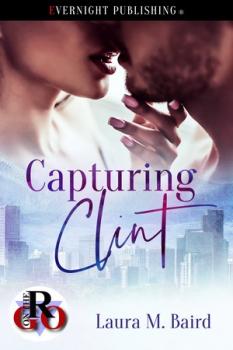