More From Men of Iron Horse

Sage groaned. “I can’t believe you made me come.”

“That’s what she said,” Zerina teased and then did a giggle-snort that revealed she thought that she was funny. Then her expression shifted to serious. “Eat, drink, and find a hot guy to sleep with. Seriously, have you even had sex recently? Trust me, you are way overdue.”

“No, thank you. I don’t need a guy. I’m good just sitting here.” Sage glanced around the bedroom she was hiding in. It was covered in soothing colors and reminded her of the childhood bedroom she and her mother had decorated. Soft purples, teals, and whites accented by all things costal. She smiled, almost smelling the warm, ocean air.

“So nothing will tempt you out? Not even finding out why Jace asked me if you’d be coming today?”

“What?” The air that once filled Sage’s chest escaped in a rush.

Zerina shot her a lopsided grin. “He asked about you last night, and again today. I think someone’s interested in—”

“I gotta go,” Sage said, bolting for the bedroom door before Zerina could stop her.

She couldn’t do this. Couldn’t get caught up in a fantasy with a guy like Jace. It could never work. She just couldn’t do it. Not again. If he really was asking about her, he had to stop.

Her feet scampered along the light-gray tile. The pulse thundering at her temples was a pounding drum of panic that surged from her ears to her toes. A cold sweat dampened her forehead and the palms of her hands. The scars on her back tingled, reminding her to run faster, to get away before something bad happened.

Reaching out to grasp the door knob, she gasped as the door began to open toward her. Overwhelmed with apprehension, she hadn’t realized the other people standing nearby. Pausing to take notice, she heard the buzzing of voices, laughter, and music.

“Where are you running off to?” Jeremy asked, closing the door behind him with his foot, his arms filled with grocery bags.

Reeling in her panic, she took a bag from his arms, ignoring the whirling emotions that had beckoned her to flee the scene, the laughter and humiliation of her past now a faint whisper.

“Nowhere. Whatcha got?” she asked, snooping in the bag, hoping he’d overlook her nervous behavior.

Jeremy arched a curious brow, his eyes narrowing as if waiting for her to crack under his penetrating stare. She didn’t.

Jeremy quirked one side of his mouth in unison with his eye brow. “Nope. We’ve got plenty of that thanks to Sam and Jason.” She knew Sam and Jason were the owners of both Iron Horse bars. She hadn’t met Jason, but from the way Zerina talked about him, he was like a big brother to her.

“But we’re about to run out of food, and Zerina would freak if she saw it. I couldn’t let that happen.” He winked.

She made the best physical impression of being saved by a gallant knight with her hand over her heart and eyes fluttering wildly. “Jer-Bear to the rescue.”

His crooked grin grew. “It’s what we do for those we love.” He raised his index finger, slightly pointing it toward her. “And never call me Jer-Bear again. Got it?”

A devious smile tugged at her cheeks. “I can’t promise anything.”

“Happen to have any limes in that bag?”

In an instant, her smile vanished, and the air fled from her body. His deep voice poured over her like warm honey. She swallowed hard as the shiver of awareness thudded through her veins.

Stepping aside, she inclined her head over her shoulder to see him. His sexy grin turned her insides to Jell-O. Her tongue swelled as her brain registered his shirtless and sculptured body hovering teasingly close. An involuntary fluttering moan of approval moved past her lips, and had it not been for his crooked smile holding her captive, she would’ve launched for the nearest exit.

“I think he’s talking to you,” Jeremy pointed out, nudging her with his elbow.

She shook her head to clear away the absurd and ridiculously hormonal charges clouding her mind. “Um…Well…How would I know?” How could she? She hadn’t been the one to do the shopping or the bagging of the groceries.

“Your bag has the limes,” Jeremy confirmed. “Jace, would you mind following us into the kitchen?”

“Sure.” Jace moved closer, his hands sliding over hers and the bag. “Allow me.”

Her heart skittered to a standstill, and her lungs squeezed tight, fighting for air. She let him take the bag, almost throwing it into is chest.

“You never struck me as a coward.”

She frowned, his abrupt remark twisting like a knife in her belly. She was no coward. And why the hell would he say that? “Excuse me?”

He crowded closer, the bag of groceries separating them. “Apparently, you’re afraid to talk to me. I heard you weren’t intimidated by much. Who knew it would be me?”

Jace said things to her that she’d always longed to hear. Wanting a man to see her as a person and not someone marred by scars was a dream come true. Biting the inside of her cheek, she turned away from him and began lifting her shirt up over her head. Once he saw her flesh, she’d know for sure if what he said was true.

The soft material brushed over her face, and she twisted the shirt in her hands. Dropping it, she reached around to unfasten her bra. Then, she pulled her hair away, and draped it over her shoulder to expose the damaged flesh.

“Do you still feel that way?”

She closed her eyes and waited for his reaction. A gasp. A backtrack of words to get out of sleeping with her. She heard nothing. Instead, she felt his strong hands drift over her back, tracing the scars, and circling around her waist. The most unbelievable thing happened. He dragged his mouth over her scars, kissing every single one. Riddled with disbelief, she melted and let her head fall back as he caressed her body.

How can this be real?

Slowly, he guided her to the wall and reached around her to clasp her wrists. He stretched her arms up above her head and placed her hands flat against the wall. With one hand around her wrists, he trailed a sensual path down her arms and over her breasts, teasing her nipples. Then, he glided the tips of his fingers over the flesh of her belly, unbuttoning her jeans to fit his hand inside. Her body tingled as he worked his finger past the elastic band of her panties and dipped it between her legs. Her knees wobbled as he massaged the sensitive bead that had only known her touch. Feeling the raw power of his caress, smelling the masculine scent of his body, had her wet and ready to take every hard inch of him.

He spun her around to take her mouth in a hard kiss. Moving with a burning need, he shoved her jeans and panties down her hips, and she did the same to his. A frantic longing consumed her, demanding more.

Kneeling down, he removed her boots and tugged her clothing off her legs. When he stood, he kicked out of his own clothes and wrapped her in his arms once again, kissing her. Their time together was surreal, dreamlike.

He held her close, lifting her up and carrying her across the room to the weight bench. He ravished her mouth before encouraging her to lay flat. With a seductive grin, he knelt down and spread her legs. There was a good chance he could actually hear the pounding of her heart. She’d never been so overcome by lust-filled thoughts. Her mind was screaming for him to do all the wicked things he could and more. She felt naughty, but sexy. Glancing down to see his head between her legs, her body pulsed with a fiery heat.

She arched her back as he slipped his finger between her wet folds, a vibration started in her chest and exploded outward toward every limb. She raised her arms above her head and nipped at the fleshy part of her arm to keep from screaming. The tantalizing pleasure had her head spinning. Her lungs squeezed tight, leaving her breathless and panting.

“Any objections to what I’m doing so far?”

She shook her head. There was no way in hell she was about to let him stop now. Even her body agreed, her hips rolling upward as if to wave her pussy in his face. “No. None.”

“Good.” He smiled, his gaze darkening as he thoroughly looked her over.

In that moment, her pussy, stomach, breasts, mouth, and every inch of her belonged to him. This was a first. Not just sex with Jace, but the powerful emotions surging through her blood, the desire bombarding her mind, and the sheer pleasure.

Please, don’t be a dream.

Lowering himself, he spread her legs and lapped at her center. Moaning, he did it again, and again. She was coming undone so fast she couldn’t see straight. Tiny bursts of light erupted in her eyes. But the moment wasn’t perfect until he slipped, not one, but two digits into her pussy and latched his mouth onto her clit. Sucking and fucking her in rhythm, her world erupted into a sea of euphoria.

“Oh, God!” she cried, rolling her hips as she came, gripping his scalp in her hands to hold him in place.

He lapped at her wetness, tasting every drop of her cream. Breathless, she watched him through her dark lashes as he searched the pocket of his jeans, pulling out a square, golden foil. He tore open the condom and worked it over his very impressive shaft.

He stood beside her and offered her his hand. He helped her stand. She licked her lips, glancing downward at his erection. “How does a girl return the favor if you’re wearing a condom.”

He quirked a grin. “Sorry. This is my fantasy, and I’m ready for the next part of it.” 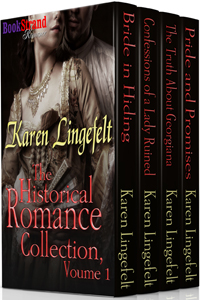