The Warriors of Love & Magic 6

A dark curse makes it impossible for him to love without pain...

Coris Illiand has a secret. He's been marked with a curse rune for no other reason than he is attracted to men. Whenever Coris feels desire or thinks about a man that way, the dark magic activates, crushing him with pain. His father, Duke Illiand, intends for Coris to marry the woman he's chosen and has paid to curse his son to ensure it happens. With one last act of defiance, Coris escapes his repressive noble family and flees into the war-torn lands of Anzin. Now he is working as a healer for the rebel army while keeping himself carefully isolated from temptation...and even friends. But he's not prepared when a brash and bold mercenary captain named Garrett Otarra strides into the healing tents and tears down every barrier he has desperately erected. His secret pain vies with his growing desire, and no matter how hard he tries to push the mercenary away, Garrett is not a man who ever admits defeat.

Mercenary Garrett Otarra has seen plenty of battle as humanity wars against a brutal occupation, but he also knows you must take time for the things that make life worth living. Good song, good drink, and good men are only a few examples. When he meets Coris, he's immediately hit with a wave of raw desire. The other man is wound too tightly, and Garrett is eager to introduce him to the pleasures of life. Soon he learns there is far more to Coris than he ever suspected, and his protective instincts rush to the fore after he learns the truth of the mark cursing him. He will make any sacrifice to put this right, but a curse this vicious is not easy to stop, even if their love depends upon it.

Reader note: contains m/m fantasy romance themes including male male love. A stand-alone story from a series that can be read in any order.

The Warriors of Love & Magic 6 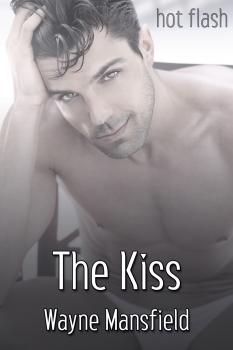 The Matchmaker Alpha and His Two Omegas (MMM)
Casper Graham
In Shelf
$4.99
Tweets by
sirenbookstrand