The Warriors of Love & Magic 5

To master this man, he must fight for his trust...

Mikel Vaughn became a slave the night the Boa Visk burned the Grand Library of Amberseth and locked him in chains. The Boa Visk, brutal overlords who have conquered much of humanity, bring the young librarian to Gesh and sell him to the highest bidder. After he's purchased by a Boa Visk noble, Mikel fears he'll be forced to submit to the cruel whims of a vile master. Instead, he's given as a reward to gladiator Bastion Hask for his latest victory in the fighting pits. Mikel is even more outraged to be owned by a human, swearing he would rather die than live as Bastion's bed slave. But the soft-spoken gladiator doesn't seem want a slave at all, much less him. Soon Mikel finds it increasingly difficult to hate an enemy who offers him kindness instead of punishment. Mikel will never trust again until he is free, and yet his new master may not be the one keeping him enslaved after all...

Bastion Hask has never lost a match, not even against the twisted monsters he battles at the command of his owner. He's come to accept his life trapped in the arena, doomed to fight and die for the excitement of the crowds. He doesn't need or want the slave his noble-born owner has tossed to him like a scrap of meat. Although the young scholar is handsome enough, he seems too weak to survive in this merciless city. Yet Bastion soon finds himself protecting the other man, even putting himself at risk when for years he's only focused on his own struggle to survive. Mikel's determination to find a way free of his chains shakes Bastion's fatalism and rekindles a yearning for freedom he'd lost long ago. As danger relentlessly closes in, their fight to survive becomes a struggle for love and freedom that cannot be denied.

The Warriors of Love & Magic 5

He didn’t want to make a promise like that, one he knew he couldn’t keep. He didn’t want Mikel’s memory of him to be soured by a failure to keep his word. Instead of replying, Bastion put a hand on Mikel’s shoulder to reassure him, and because at that moment, he wanted to touch him. It was good to touch someone else without it being some kind of fight. He hadn’t realized how much he’d missed a simple human touch after all this time.Mikel tensed at his touch, and then slowly relaxed. Even in the dim glow of the room’s only lamp, Bastion could see the blush on Mikel’s cheeks. He knew what that blush meant. He had noticed how Mikel watched him, the look in his eyes during an unguarded moment. The librarian seemed to have either anger inside him or a vulnerability that brought out all of Bastion’s protective instincts. Instincts that were rusty after being buried for so many years.When Bastion let his hand linger, Mikel turned to face him, his eyes shining. The light fell along his fine features, his high cheekbones, across his full lips. Bastion’s heart seemed to twist in his chest with his suppressed desires. Before he could have second thoughts, he moved his hand from Mikel’s shoulder to gently cup the side of his face. Mikel’s skin was so warm, so soft. He told himself to stop. He warned himself of all the reasons why caring about another person was dangerous, especially for a man who faced death every day.He told himself all of that. But he still leaned in slowly, giving Mikel ample time to draw away or warn him to stop. Mikel only closed his eyes. His lips parted slightly. Seeing that, Bastion swallowed a groan. He could not deny himself. He wasn’t strong enough to resist the offer of Mikel’s mouth.He kissed Mikel, pressing his lips softly against the other man’s lips, testing, tasting. When Mikel kissed him back, opening his mouth wider to deepen the connection between them, a thrill raced through Bastion. It was a better thrill, a purer feeling than anything he’d experienced in the fighting arena. It was heady and perfect and warm. He pulled Mikel closer against him, wanting their bodies in contact as he deepened the kiss even further. He could feel Mikel’s heart pounding fast. His mind seemed filled with the presence of the other man, who felt so perfect in his arms, and he couldn’t deny the elation that radiated through him.Finally, he drew away, ending the kiss even though his body demanded more. Mikel slowly opened his eyes. They sat there, close to one another, the air seeming to vibrate with tension, with need. Bastion carefully moved back, his instincts warning him not to push this moment farther. Mikel, as shy and reserved as he was about his body and his desires, was clearly not a man who casually shared his affections. Yet, Bastion knew this kiss had changed things tonight. Their words had changed things. He didn’t want to endanger the tentative connection they’d forged by pushing too far too fast.“We should get some sleep,” he said gently, his voice thick.

Her Bodyguards
Kat Barrett
In Shelf
$4.99 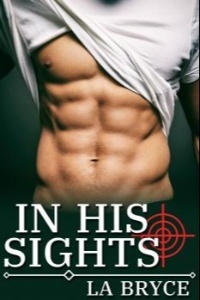