When destiny beckons, what is a girl to do?

At twenty-four, Samantha O’Brien scores her dream job as a dancer at the famous Moulin Rouge, only to arrive in Paris to find her well-laid plans in disarray. Fortuitously, Sam is rescued by the eccentric, tarot-card reading proprietress of Hotel Hollandaise, who cautions that Paris is for lovers, but not always love.

As Sam launches into her new career, she suspects that the show’s super sexy, Sicilian stage director, Tony Di Falco is more than just a creative genius and hard taskmaster, leaving her to wonder whether secrets are best shared.

Meeting Philippe Lacroix, a struggling, young artist in Montmartre saves Sam from imploding under the pressure. He introduces her to the city of love, captivating her with his angelic good looks and sensuous touch. Yet the mounting attraction intensifies between Sam and Tony, and their tense, sexually charged relationship threatens to overwhelm them. But the show must go on.

Filled with backstage bitchiness, tough rehearsals, a sprinkling of cocaine and the French addiction to cigarettes, Sam grapples with her new life. Then without warning, her destiny changes literally before her eyes, and she learns that even in the most romantic city of the world, you don’t find love, love finds you. 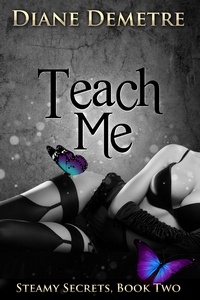 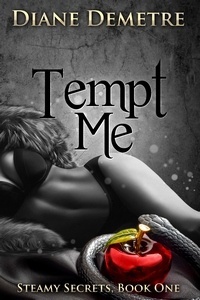 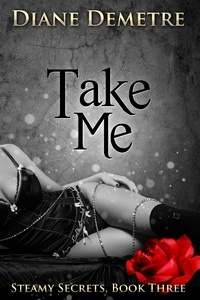 By the time Philippe opened the second bottle of wine, they’d devoured their baguette and the sun was setting, stroking the sky in Monet-inspired colours.

“It’s getting cold out here. Let’s go inside, Samantha.” Grabbing the wine and glasses, Philippe walked indoors while Sam cuddled Jasper to her chest and followed.

“Come on, Jasper. Time for your dinner,” Philippe said.

At the sound of the magic word, Jasper sprang from Sam’s arms onto the floor where he was promptly fed a bowl of dry cat kibble. While Jasper chewed through his dinner, Philippe sat on the side of his bed. Aside from a rickety table and two chairs, obscured by pencils, crayons and sketchbooks, the double bed, bedside table and a wardrobe were the only other pieces of furniture in the room.

“Sit beside me, Samantha.” Assigning their wine glasses to the bedside table, Philippe shimmied back onto the bed using the wall behind him as a backrest. When she settled in beside him, he said, “I would like to paint you. A real painting, for my exhibition. Would you sit for me?”

“I guess so.” She was surprised that he wanted to include a painting of her in his exhibition.

“Très bien. Let’s begin now.” Philippe sprang off the bed and dashed to the table, where he rummaged around for the right implements. Finding a large sketchbook and several charcoals, he cleared a chair and dragged it in front of the bed. “You are my queen of the can-can. Like the famous dancer La Goulue. Here, I will arrange your pose.”

Philippe fluffed the pillows for Sam to recline on, and she wiggled into place with a giggle. With great care, he clasped her arm and tucked it under her head as support. Trailing his hands over her body, he manoeuvred her this way and that, edging slowly to her hips. The strength and gentleness of his touch as he rolled her forward to lay on her side ignited a subtle warmth in Sam’s groin. His hand cupped her bottom, rolling her back a little to just the right angle, and she wished he’d dig deeper into her from behind. Taking her top leg, Philippe cupped her knee, bending it to drag across in the foreground. For the final effect, he reached to her other leg and pulled it straight beneath her, running his hands down her long limb to her ankle.

“There, that will be a good starting pose I think,” he said. “Are you comfortable?”

“Yes, I think so.” She was anything but comfortable. Moist and ready, her sex flamed. Her nipples yearned to be teased and her arse screamed for grabbing. The seam in her jeans bit hard into the folds of her cleft. She began to unravel.

“Are you all right, Samantha?”

“Yes. Yes. I’m fine.” But her dilated pupils and shallow breathing betrayed her.

She was certain Philippe suspected what she was feeling because a lazy lascivious smile graced his angelic face. Michele sensed his wild, artistic spirit swirl around her like an unpredictable tornado. Yet he remained calm and lowered his sketchbook and charcoals to the floor. Resplendent in a flowing white shirt and low-slung cargos that matched the colour of his delinquent golden hair, he fixed her in his gaze and strolled over to the bed. Gazing down at her, he moistened his lips and exhaled with a slight purr. “Perhaps I can be of assistance?”

What Love Is (LoveXtreme)
Dixie Lynn Dwyer
In Shelf
$5.50
Tweets by
sirenbookstrand