An omega betrayed by his pack...and the lone wolf who must risk everything to save him.

Henry Wright was supposed to be dead. Since the night his alpha dumped him in the dangerous ruins of Old Detroit, life has been an unending nightmare for the packless omega. Left to scavenge for food and evade the savage creatures infesting the city, Henry's become good at surviving—until his luck fails and leaves him trapped on a rooftop with monsters closing in. Then out of nowhere, help arrives in the form of a tall, swaggering stranger with rugged good looks and a sexy glint in his eyes. Their night of passion, intensified by their brush with death, leaves Henry breathless. But that isn't the only thing he's left with. Thanks to the genetic mutation shared by omegas, Henry is pregnant. And with all that's going down in the city, Tom might not be there to save him again. Especially when Henry's former alpha learns Henry is still alive.

Tom Reinhart doesn't mess around. Wealthy clients pay the lone wolf to sneak into the ruins of Old Detroit, retrieve what they want—diamonds, cash, heirlooms—and get out alive. But his latest run goes belly up when he saves the life of an omega wolf with haunting amber eyes that grab him by the balls and won't let go. As former airborne military, Tom's used to danger. He knows better than to let a pair of pretty eyes distract him. But the little omega dredges up Tom's protective instincts and the need to care for a mate. Sadly, the only things the lone wolf can't give are the things the omega wants most—the security of a pack and a family of his own. Tom will never again submit to an autocratic alpha. But the pack who wants Henry silenced is too strong to handle alone. To save his precious golden-eyed mate and their unborn son, Tom must swallow his pride and seek the help of another alpha—Jake Kross of the St. Clair Pack. The epitome of everything Tom hated about his previous life…

More From The New Detroit Wolves

The Wolf Who Saved the Omega: M/M Omega Mpreg Romance
Max Rose
In Shelf
$5.99
All Books In Cart
All Books In Bookshelf 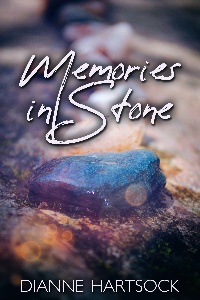