Wealthy Vittorio d’Este believes in protecting his family, which is why he does not want his nephew, Marcus, to marry songstress Lindi Baker. On the pretext of finding out if she is a suitable mate for Marcus, he orders her to his private island for a command performance. But Lindi is not what he thinks she is. She, too, brings out all his protective instincts and teaches him how to love again. But how will he react when he learns that she has lied to him?

Singer Lindi Baker has been bullied for years, so she is in no mood to be commanded by Vittorio d’Este, no matter how gorgeous he is. Lindi agrees to accompany Vittorio to his private island at the behest of Gemma, who is the one really sleeping with Marcus. Unsophisticated Lindi does not realise until it’s too late that her own heart is at stake.

4.5: "Gifted pop opera singer Lindi Baker finds herself in a fix. Agreeing to impersonate her friend to save the friend's marriage has put her in a very difficult position. Italian billionaire Vittorio D'Este is out for blood, and it looks like it is going to be Lindi's. Vittorio believes his nephew is enamored of the opera singer, and he is sure Lindi is a gold digger and is determined to prove it. He insists she come for a performance on his private island in Italy and won't take no for an answer. Nothing is as it seems, and both Lindi and Vittorio are hiding something. I was drawn into this story immediately. There is an element reminiscent of the Harlequin Romances that I cut my teeth on years ago, and that gave me a lovely warm feeling and reminded me why enjoyed them so much. This is a well-written romance with conflict aplenty and a story that will keep the reader entertained throughout. While I am usually drawn to a stronger female heroine, Lindi easily brought me around to enjoy her style of heroine; she is what her life has made her, and that makes her believable. I found myself rooting her on and hoping for a great outcome. Vittorio's style is all Alpha male, and he is exactly the type of male character that keeps me coming back for more. His fierce protective side and his unwillingness to deter from his objective has kept him in my mind well after I finished the story. Of course, his looks and prowess helped quite a bit in that area as well. I enjoyed the story and hope to find more books by the talented Sally Quilford to add to my reading collection." -- Teagan, Book Wenches

"Anyone who reads my reviews regularly would know that I am a fan of Sally Quilford's work. So if you're expecting me to give this book a glowing review, well, you'd be absolutely right. What I love about Sally's work is that she is simply a joy to read. Her writing flows so beautifully that I tend to find myself finishing chapters before I know it. It's a bit like television - effortless entertainment. Her storylines are compulsive. This book was written with Mills and Boon in mind but apparently, they turned it down. It's their loss. She is such an original writer. She took what is a sort of romance novel 'formula' i.e. an English rose and a handsome Italian. With her original approach, she made something completely different of it. I enjoyed reading about Belinda's awakening and self discovery - okay, she had this tall, dark, handsome hero helping her find her way, but who's complaining? I'm sure the readers won't anyway. I know I didn't. Incidentally, this is the first time I've read anything by Sally with overtly sexual content in it. Her pocket novels usually steer clear of the dark side of life. They're the kind of books you could safely give to your kids to read without any worry about having their morals corrupted, so to speak. This story, Command Performance, is written with an adult readership in mind. Now me, while I like to read romantic fiction (provided it's good quality stuff) I'm one of those people who would prefer to leave the sexual details on the cutting room floor. I enjoy the spark, sizzle and chemistry when reading about a romancing couple. I have no desire whatsoever to get into bed with them. However, times have changed and many publishers demand that stuff nowadays. So if an author has to do what an author has to do, they should grasp the nettle bravely and this is exactly what Sally does. I've said it before about this writer and I'll say it this time too. She gets straight to the heart of the matter, no mucking about. She delivers her scene frankly and even with a sense of humour which I found rather endearing. Well done, Sally. I know I couldn't do that myself! I'm rather a slow reader nowadays, but I finished this one within twenty four hours. That, in my opinion, says it all. Definitely paisa vasool (that's a phrase we have in India, which means 'value for money')." -- Maria, Contemporary Romance Reviews

Vittorio saw her expression, and his first instinct was to kiss her lips and increase the look of sexual pleasure. He moved a little closer, thinking how easy it would be, especially with her face tilted up toward his, seemingly expecting he would do that. He would start from her jasmine-scented hand, travel up her arm, and then discover if the lips were as soft and yielding as they appeared.

Had she decided now that the uncle was a more lucrative goal than the nephew? No doubt Marcus had told her of his wealth. The boy liked to brag about it, especially when impressing a new lover.

He wanted to kiss her, and he had no doubt she would see it as a triumph, but he had no intentions of doing that. Yet. If Vittorio D’Este was good at anything, it was thinking on his feet.

“Clearly,” he said, standing back, biting down his regret at not having kissed her, “you have no real intentions of giving up my nephew.”

“I told you. I will never see Marcus again.”

He was being deceived in some way, and Vittorio D’Este did not like being deceived. Not that it had stopped him from deceiving others. He was much better at it than Lindi Baker. She had met her match and then some. “I do not believe you. The only thing I can do is accept you into my family with open arms.”

Lindi looked at him wide eyed.

“I assure you, Signora D’Este, that isn’t necessary. I promise you I am never going to be a member of your family.”

“It is necessary, which is why you will come to my island near Venice this weekend, and convince me that you are a suitable wife for my nephew.”

“But I’m meant to be taking a break from the tour. I wanted to see more of Rome.”

“Have you ever been to Venice, Signorina Baker?”

“It is beautiful this time of year, especially when it snows on the Basilica. You can take your break there as my guest.”

“But Marcus is on his way to America, isn’t he?”

“Yes.” So he had already contacted the girl. Vittorio struggled to hide his anger. “What does this matter?”

“It seems pointless me being there if he isn’t.”

“He does not need to be there for me to get to know you.” Vittorio deliberately made it sound seductive, to test her loyalty to his nephew, but even he was surprised by how sincere the words sounded.

“Oh.” Lindi stepped back. “As I’ve already told you, Signore D’Este…” She was prevented from saying anything else by the opening of the dressing room door. A man and a woman entered.

“Lindi, what on earth is this man doing in your dressing room?”

“Mum, this is Signore D’Este. He owns the theatre. He called in to congratulate me on the performance.”

That was interesting. The girl seemed terrified that her mother would think otherwise. Was it possible the mother did not know about Marcus?

“Oh, how nice to meet you, Mister Deest.” Patricia Baker held out her hand and only just stopped short of curtseying.

“I have also asked Signorina Baker if she would be willing to put on a performance on my private island this coming Sunday.”

He ignored Lindi’s surprised “What?”

“How much?” said Patricia.

“Now come on, Lindi, if you’re going to buy that thatched cottage you’re always on about, you need to earn a bit more money.”

Patricia exchanged glances with the Newton man, who nodded. “It’s settled. She’ll be there on Sunday.”

“On the contrary,” said Vittorio. “She will arrive on Friday afternoon and stay the weekend.”

“Your mother’s attendance will not be necessary. You are a grown woman, are you not?”

“Payment up front.” Terry Newton spoke for the first time.

“No,” said Vittorio. “She will perform, and then I will pay her.”

“It is non-negotiable.” Vittorio turned to Lindi. “We will travel in my helicopter. Meet me at the airport at ten-thirty. I do not like to be kept waiting.” 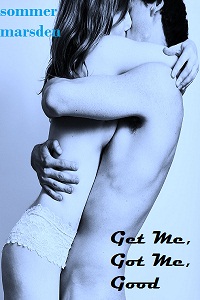