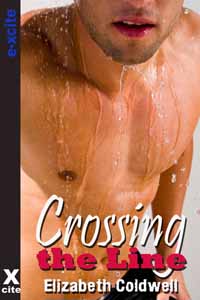 Heat Rating: Scorching
Word Count: 7,200
1 Ratings (4.0)
Contemporary Short Stories Erotica Fiction
In Bookshelf
In Cart
In Wish List
Available formats
PDF
ePub
Reviews
A short story about a writter who finds herself annoyed at the man next door thats renovating his house hes just bought and making a lot of noise, until she starts to see him take off his shirt and then she comes across him naked and sparks start to fly.
sarki
Read more...
Excerpt

Returning after one of these walks late one afternoon, I was greeted by an unexpected – and highly arresting – sight. Jason was standing in his garden, naked, cleaning himself down with a hose attached to a pipe which protruded from the water main. I assumed he’d somehow managed to get cement dust on his hair and skin, and was washing it off before he left for the night. I only lingered for a moment, afraid he might turn round and catch me, but unable to stop myself from staring. He had his back to me, and I was granted a perfect view of his tight, round arse and lean thighs, paler than the tanned skin of his torso. It was the kind of body which deserved to be immortalised in marble, and I was sure it would look just as breathtaking from the front. Then, knowing I was intruding on his privacy by spying on him at such an intimate moment, I quickly unlocked my front door and scooted inside.

He dropped the hose, letting it slither away along the ground to gush water in every direction. He grasped his cock and began fisting its length, eyes closed as he enjoyed the sensation. By now, I had two fingers of one hand thrusting in and out of my pussy and the middle finger of the other circling my clit. It had been a while since I had taken the time to really give myself pleasure, and I knew that when I came, it would be with the force of a storm breaking after a long dry spell. Timing the pictures in my mind to perfection, I imagined Jason’s climax gushing forth with all the power of the discarded hose, just at the moment as the waves of orgasmic sensation pushed through my belly. I gasped and shrieked as the gorgeous warmth spread all the way down to my toes. It was only when I flopped back against the bedsheets and opened my eyes once more that I realised the bedroom window was open a crack. I’d been so engrossed in what I was doing I hadn’t actually heard Jason’s van pulling away. Had he been able to overhear me? If so, it was a good thing I had actually stopped short of calling out his name as I came. 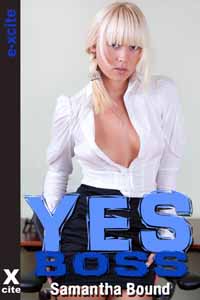