Ruth, a curvy, good-hearted Oklahoma girl, drives limos for Mirage Confidential, a company that specializes in chauffeuring wealthy paranormals around New York City. When she's dispatched to a rundown martial arts studio to pick up a billionaire werewolf alpha, she's certain she has the wrong information. What would a rich and powerful man like Brian Barrington be doing at a fighting ring in the Bronx? Yet, after watching an intense sparring round between the attractive Brian and his equally hot MMA trainer, the sight of the two half-naked men has her imagination in erotic overdrive. And that was before she accidentally stumbles upon both men locked in passion in the back of the gym. She's going to need a miracle to survive this pair of clients, who already have her internal thermostat dangerously close to overheating...

Brian might be one of the world's richest and most powerful werewolves, but that doesn't mean he's let it go to his head. In his downtime, he trains as a mixed martial artist with his best friend and fellow shifter, Dominic. Being bisexual, they enjoy each other's company in every way possible, but what they really enjoy is sharing a woman between them. And the sweet little BBW in the chauffeur uniform is already setting them both on fire. Trouble is, winning the trust of the fascinating human woman is trickier than either of them imagined. Both men agree, she's one worth fighting for, but are they ready for a no-nonsense, full-bodied country girl with curves that have them ready to beg for mercy?

"The passion felt real and the twists were unexpected. I found their relationship fun and intense. And the combined chemistry between these men and Ruth was hot." --Titania for Manic Readers Reviews 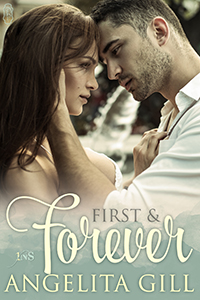