An angry vampire from Kent’s past has just shown up in town, and he’s looking for revenge. A Dom like Kent would do anything to protect his submissive -- even give her up. But Angela isn’t about to be given up so easily… 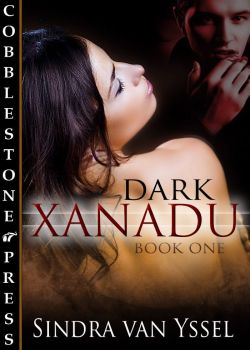 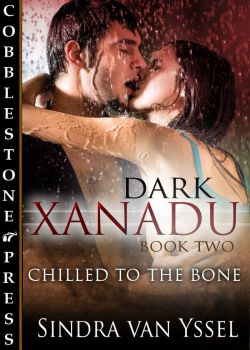 The flames raced along the gasoline-soaked rags, catching the tinder Kent had made from broken furniture. Night was fast approaching. His heart beat faster, thumping hard in his chest.

The fire licked at the bedding, no doubt marked “fire-resistant,” and caught. Kent smiled grimly. It wasn’t much revenge for the friends he’d lost, but it was something. He’d much rather look the bastards in the eye. They had taken Violet and the others, tortured them, and drank them dry. But if he did it that way, he wouldn’t stand a chance.

The bodies on the beds burned nearly as well as the broken-up tables and chairs. One woke up as the flame caressed him, and stared at Kent for a brief moment before he was consumed. He thought he would take satisfaction in the look of total horror on the vampire’s face, but there was nothing. An eye for an eye? No, he only wanted to make sure that none of them could do it ever again.

Vampires. Who would have thought they existed in twenty-first century Los Angeles? As good as it would be to make sure that none of them got out, he needed to get the hell out of there before the building burned down on him, too.

He let himself out the front door. The sun was setting over the hills east of Los Angeles, the smog turning the light pretty reds and pinks. The fire was in the basement, where the vampires slept safe from sunlight; it would take a while before it reached the upper floor and attracted attention. Rather than heading right toward the street and civilization, he headed left, where the street dead-ended in a shallow ravine. His car was down the ravine a couple hundred feet and across the other side; at least the walk was mostly secluded. Access to the ravine was probably why the vamps had chosen the house.

He had climbed all the way down and walked twenty yards when he saw two men in front of him. He stopped and watched them, hand on the hilt of the katana he kept at his side. His desire to keep the sword handy was why he’d used the ravine. People looked at you funny when you carried a long, sharp piece of steel.

“End of the line, human,” said the blond one. He glanced between the two of them. The one who hadn’t spoken matched the description of the dark Dom that Violet had disappeared with. Kent knew he hadn’t gotten every one of the vampires involved with the fire at the house. It was a good start, or maybe a futile gesture. A reminder to the vampires that humans were prey that fought back.

The dark one hadn’t gotten that message yet. He moved with a swiftness almost too fast to see, to close all but the last few feet of distance with Kent. At the last moment he slowed, making sure Kent could see his every movement. The vampire bared his fangs, waiting for the terror to show in Kent’s eyes.

With a low growl Kent chopped his head off with one swift draw and slash. The body and head fell in opposite directions, aging a hundred years in the time it took them to hit the ground. “You shouldn’t play with your food.”

Nice to know swords work against vampires. At least, chopping their heads off does.

The blond was warned. He moved slowly, but didn’t get within the sword’s range. If he could move as fast as his companion could, there was no way Kent was going to be able to react in time. When all else fails, hope your opponent makes a mistake. Kent stepped back.

The blond sailed over him, arms outstretched, as surprised as Kent was when Kent tripped over a tree root and fell. Kent flailed wildly with the sword, biting deep into the vampire’s chest. It would have killed a human. But his opponent wasn’t human.

The man rolled to a stop and bared his fangs. Anger burned in his eyes. “You’ll pay for that.”

Kent was already on his feet, waiting. The charge would come again, and this time, he knew how fast it would come. He knew he couldn’t aim a blow fast enough. He’d have to swing the moment the vampire made his move, and hope that he was angry enough to come straight on, full speed, and that his neck would be where Kent planned to swing. It was like starting a baseball swing the moment the ball left the pitcher’s hand, hoping for a fastball over the center of the plate.

The vampire jumped forward. Kent swung the katana and focused all his chi at the edge of the blade as it bit into flesh and bone. A moment later, he was still alive, and the vampire’s head was off his body.

You, Kent Carlisle, are one lucky son of a bitch.

When the police came, they’d probably wonder why someone dug up old bones and tossed them around the ravine. Maybe they’d connect it to the fire, but Kent doubted it.

He ran the rest of the way to his car. No sense in waiting for trouble. He got into the black Lexus, started the engine, and put it into gear. The car jerked, then stopped.

He looked around. A man and a woman stood behind the car, holding onto his back bumper. There was no way two normal people could stop his car from moving. More vampires. He slammed the car into reverse, but they were ready for that. His car didn’t budge. More shapes were coming out of the twilight, surrounding him and the car. Even the best luck wasn’t going to save him now.

Crack! The passenger side window burst inward, scattering small pieces of safety glass across the smooth leather interior. An arm reached inside, unlocking the car. So much for that theory. His door opened. Cold hands, male and female, grabbed him and pulled him out of the car. They didn’t relinquish their grip, and he wasn’t strong enough to break it. At least they were letting him stand. It seemed all vampires liked to toy with their victims.

A woman walked forward out of the surrounding host and smiled at him. She was older, middle aged, dressed in a severe dark business suit, and her lipstick was blood red. Her face was pale. Death, he thought. She is death.

“Kent Carlisle,” she said. “I heard something of you from a police friend.”

He’d gone to the police first. They hadn’t believed him, of course.

She smiled. “We have lots of friends in lots of places.” She walked forward, her gaze on him. He felt her power flow at him, and he focused his chi as a shield.

“Impressive. You can resist even me.” Still that same smile, and now she was only a foot away. If he could get at his sword, he’d lop that smile right from her body.

“You’ve done me a favor, actually. From time to time our kind doesn’t obey the rules of the elders. They take risks. They embrace perversion.” She chuckled. “Not that our standards are the same as yours. But when this happens, they need to be disciplined. But you didn’t just take out the ones who crossed the line. You burned their friends, too, which by our laws, I can’t do.”

“They crossed my lines. They killed my friends.”

She stroked his chin, and he flinched away. “It’s convenient though. Friends hold grudges when their cellar-mates are shown the sun. Just like you. Oh, stop moving, already. I’m not going to bite you. Not unless you ask nicely.” She was so close her breath would be hot on his neck—if she was breathing.

“That will never happen.”

“No. No, I suppose it won’t. I have some advice to you. Get out of town. I can protect you for a week, perhaps. We vampires are reluctant to travel far—it presents too many dangers. Get as far away as you can and start your life over. Forget about us. In time, perhaps, we will forget about you as well.”

“What if I don’t leave?” Kent wasn’t in any mood to give in to her. He had to force himself not to turn when she started stroking his chin again. Her hand was more than cool—it was almost freezing.

“Oh, I won’t do anything to you. You’ll be killed, but it won’t be by my hand, or at my orders. It will just happen. You burned many of your enemies today, Kent Carlisle. Killed a couple of others—we found their bodies. It’s remarkable. But you didn’t get them all. You didn’t get them all. And they will get you, if you stay.”

At once, the hands left him. Vampires moved way too fast. By the time he’d finished taking a look around him, they were all gone.