They've found their mate, but will they be able to protect her?

Jason and Donovan took a huge risk when they left their pack with the hope of finding their mate. April is everything the brothers have ever dreamt of, but she’s even more special than they can imagine. The battle between their enemies on the other side of The Veil comes at the worst possible time, just when Jason and Donovan have something precious to lose.

April always knew she was a little different. She spent most of her life trying to forget the fact, but when her instincts tell her to pack up everything and move to an entirely different country, she can’t help but listen...and then a handsome stranger comes to her rescue one night.

The force of her connection with Jason and his brother Donovan pierces her soul. But will April be able to accept the truth of her real heritage and embrace it in time to find her happy ending?

When she stepped out of the bathroom, Donovan and Jason were waiting for her in the bedroom. Donovan sat at the edge of the king-sized bed while Jason looked at her from the armchair next to it. She didn’t miss the fact that they both ogled her bare legs as she stepped closer to them. She felt her entire body heat up from the intensity of their stares.

“I like the way my shirt looks on you, angel.” Donovan’s voice was low and husky. He got up suddenly from the bed to stand in front of her. “Talk to us, April. Please.”

“How could the two of you still possibly want me?” April’s words came out rushed and strangled. She closed her eyes, swallowing the rest of the speech she had prepared for them as if her vocal cords stubbornly refused to say goodbye to them.

“Cut that shit out, April,” Jason bellowed before he, too, stood before her. She flinched at the harshness of his tone. “I’m the one who failed you. Not the other way around.”

“How can you say that? It was me Kheelan was after all this time. Not you. He took Dee and God knows how many others, all to get to me. Oh God, Dee! Have they found her yet?”

“He’ll just keep coming for me.” She reached out and placed her hand on Jason’s cheek. “I felt so helpless when you were in that cell. I can’t bear the thought of him hurting you like that again.” She turned to Donovan and put her other hand on his cheek. “And it’s not only Jason’s screams I dreamt about. Sometimes it was you I pictured Kheelan torturing. I’d rather die than to ever let him get his hands on either of you. Not when I can prevent it.” She took a deep steady breath. Her words would not fail her this time. “You both have to let me go.”

“Fuck that!” Jason growled. Before she even had time to blink, she found herself tossed on the bed. Her hands were held above her head by Donovan while Jason fiercely, unyieldingly took her mouth in a fiery kiss. She returned it with the same fervor, unable to help herself.

April had no time to think, to collect her thoughts, for as soon as Jason released her lips, Donovan took his place. He released the grip he had on her wrists, but instead of pushing him away, she wrapped her hands around his neck and pulled him closer to her. She’d only had a brief taste of him when he came to rescue her from the dungeons, so this felt like their first real kiss. She found her resolve quickly fading because she sensed their pain at the thought of her leaving them. She knew she didn’t have the strength to walk away from them on her own, and it seemed that neither of her stubborn men was willing to let her go.

When Donovan ended their kiss, he looked deeply into her eyes and cradled her face. Like that first night with Jason, she felt as if he could see the inside of her soul. He wasn’t repulsed by her or angry. Instead, he looked at her with longing and adoration.

“That’s not the way this works, my angel. Whatever happens to one of us, happens to all three.”

“And we would chase you to the ends of the Earth, April,” Jason added. “So don’t even think about running from us.”

She felt hope flaring inside of her once again. She understood now. She would never stop fighting for Donovan and Jason either. She remembered Jason telling her in the limo that he didn’t care what or who she was, but still, she had to be sure. “You don’t care that I am Fae like Kheelan?”

“Not all Fae are monsters,” Donovan replied. “Just like not all shifters are good. You had the misfortune of meeting some pretty nasty ones, but I believe you also met Erica.”

“Who?” Then it hit her. “The woman in the dungeons with me?”

Donovan nodded. “A healer, like you, something very rare and sought after amongst the Fae. She’s also the True Queen and now sits on the Fae throne, and she is one of the strongest, bravest women I know, second to you. She and her mates were gracious enough to forgive me for what I did to them. So was Jason.”

Donovan explained how he had assisted Erica in her cause to face Aelfric alone, once again because of Kheelan, who had threatened to kill her and Jason and left Donovan with very little choice. April wasn’t the least bit surprised that Donovan did the right thing immediately after, and she couldn’t blame him for his choice. She saw him as nothing less than a brave man, who loved and protected fiercely. She told him so.

“You give me too much credit, brother,” Jason said. “I’m not sure I wouldn’t have done the same thing as you.”

“I want him to hurt so badly,” April said through gritted teeth. “He murdered my parents, and he and my father…”

Maybe there had been something good in Kheelan once if her father had loved him, but she could see nothing but darkness in his soul as he stood looming above her, delighting in her pain.

She nodded. Jason and Donovan were her mates. They deserved to know it all, so she told them everything he had done to her, how he and Frederych had tried to pull her powers from her. They both tried to hide their pained expressions, but she saw them and instantly regretted telling them that part. She moved on to the conversation she had had with Kheelan about what she had learned about her parents, including the fact that she possessed some wolf genes. She swatted them away as they both surreptitiously tried to sniff her during her storytelling. Throughout all of it, though, she only saw compassion in their eyes for what she had lost and anger at how she had suffered—or perhaps it was more like murderous rage.

In any case, it made her feel closer to Jason and Donovan, free, with no secrets left between them. She knew who she was now and so did they, but none of it mattered or changed the fact that they belonged to each other.

After she had told them her story, they had all just quietly lay together, her snuggled in between Jason and Donovan, but after a little while of silent reflection, something in the air had changed. An undeniable electric charge had started to pulse between April and her men.

“Let us show you how much we want you, angel.” Donovan nuzzled her ear as he spoke.

“Yes,” she whispered, closing her eyes, prompting Donovan to continue with his assault on her ear. He licked her inner shell then proceeded to torment her ear with soft bites and kisses, eliciting a few successive moans from her. He moved onto to delivering the same attention to her neck while Jason’s warm hands caressed her bare legs.

Donovan cupped her face. She opened up her eyes for a brief moment and saw him hovering over her. His lips quirked in an adorable sly smile before he pressed them to hers. He kissed her softly at first, their tongues barely touching, but when she hugged him to her tightly, he deepened the kiss, moaning into her mouth. His hand cupped her breast over the thick sweatshirt, but she felt it searing into her skin as if she had been wearing nothing at all.

She felt Jason shift in between her legs. His hands roamed up her thighs, and under her shirt, stopping at her hips. He placed his forehead on her lower stomach. “Do you have any idea how difficult it has been lying here, not touching you, knowing you had nothing underneath this sweatshirt?” His voice, muffled by said shirt, sounded strained.

Donovan hummed in agreement and moved on to kissing her neck. She nudged him a little so that he could give her room to sit up. She then lifted her hands in the air. It didn’t take long for them to catch her meaning. Donovan peeled off the sweatshirt from her body, slowly revealing every naked inch of her to their gaze. 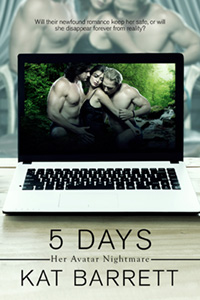