Heat Rating: Sextreme
Word Count: 71,062
16 Ratings (4.3)
Contemporary Multiple Partners
In Bookshelf
In Cart
In Wish List
Available formats
HTML
ePub
PDF
Mobi
Cover Art by Harris Channing
Reviews
I enjoyed this book immensely. The characters were so well developed and the interactions were soooo hot. Loved that the men were willing to look beyond her initial attitude and walls. Another great book by Ms. Roberts. Hoping to see more in this series.
Renee
I have loved Laylah Roberts writing for a very long time and I was so excited to see she was publishing with one of my favorite publishing houses Siren, so I knew the book would be great and it didn't disappoint.
Audra had a difficult upbringing with a demanding father and after years apart was going to visit her sister in Redemption Valley, where different life styles are accepted. There she meets her sisters three male neighbors who are in a relationship together but have been looking for that one woman who would fit into their life. Menage books are one of my favorite genres to read and the best is MMMF (the men have relations too) so right away the book captured my interest. Throw in some spankings, a little D/s play, hot sex and a little suspense and you have created a wonderful book to enjoy. Looking forward to more from Laylah.
lisareader71
Read more...

Barkers lifted his head and whined at her.

“I’m coming, hold on. Just keep breathing, because I do not want to preform CPR on a freaking dog.”

Something flew at her head, and she yelled, throwing her arm up to shield her eyes. Birds went for the eyes, right?

She slipped, her foot twisting painfully as she tumbled down the hill. Rocks dug into her delicate skin. Leaves and dirt flew past her vision until she came to a shuddering stop.

For a long moment she just lay there, staring up into the trees, trying to catch her breath.

Another whine broke through her panic, and she carefully moved her head to find Barkers lying beside her, looking at her with hope-filled eyes. She took a long look at him, then closed her eyes tight for a minute and looked again.

“Son of a bitch, you’re not Barkers.” Admittedly, she’d only caught a glimpse of a small dog with a black and white coat before he’d disappeared into the forest, but she could have sworn he was Kayla’s dog.

However, Barkers definitely had short fur and was smaller than this dog. “Who the hell are you?”

He wagged his tail and gave her a doggy grin.

Moving slowly, she sat up. “I’m going to be black and blue tomorrow. You owe me for this.”

Audra brushed her clothes off. As she attempted to roll onto her knees, pain shot up her leg and she cried out.

A high-pitched yelp accompanied her cry, and she glared at the dog.

“Don’t try to gain my sympathy,” she told him. “This is all your fault.”

Moving back onto her butt, she inspected her foot. Great, her ankle was already swelling above the edge of her sneaker. Her three-quarter tights were ripped and filthy. Long scratches covered her legs and arms, and her right knee was bleeding, the cut filled with dirt.

The small dog whined, its tail wagging. With a sigh, Audra reached out and ran her hand down his body. When she gave him a tentative pat on the head, he licked her palm.

“I suppose, at least I didn’t bang my head. So where do you hurt, boy?”

He whimpered, and she shuffled closer, gritting her teeth as her ankle protested being moved.

“We’ll be okay. Someone will find us, right?”

Except, she’d been in such a rush she hadn’t told anyone where she was going. They’d work it out once they saw her running shoes were missing from the back door, but after Matt’s warning to stay away from this area, would they look for her here?

“It’s kind of cold and dark down here, isn’t it?” The sun was hidden behind a canopy of trees, keeping the forest floor damp and cool.

Audra wrapped her arms around herself. Twenty minutes ago, she’d been hot and sweaty. Now, the sweat was rapidly drying, leaving her cold and shaky.

And she really, really wanted that drink of water.

Undoing the armband that held her cell phone, she checked it. Crap. No reception.

“Just typical,” she muttered to herself before turning it off. “I better save the power in case we need some light later.”

Please let them find me before dark. It was four in the afternoon now. When she’d left, Kayla had been out in the barn, Matt had been in his study, and Cairn was working on the farm. How long would it take them to realize she was missing? Would it only be once she didn’t come to dinner?

“We could be in for a long wait. What kind of dog are you, anyway?” He was small and furry, with a dirty white coat and black spots. He had an undershot jaw, giving him a slightly cartoonish look.

“You’re not the best looking dog I’ve ever seen,” she told him honestly. He gave her a hurt look. “All right, so you’re not the ugliest either.”

He wagged his tail.

Audra shook her head. “I can’t believe I’m having a conversation with a dog.”

There was a loud bark from above them.

“And you can just shove off, you nasty mutt,” she yelled back up at the big dog, even though she couldn’t see him. He barked again. “Yeah? Come down here and say that.”

Or don’t. She’d really rather he stayed up there. She was tired, cold, thirsty, and grumpy. And in a whole lot of pain every time she moved. Yelling at the over-grown mutt was silly, but it made her feel a little better.

“At least there are no snakes here. That’s one bonus. You’ll tell me if you see any nasty spiders, right?”

She was much more at home in the city than the country. Bugs, creepy-crawlies, rodents, they all kind of freaked her out.

“Well, I guess we could be stuck here for a while,” she said. Talking out loud kept her from completely panicking. “Know any good jokes? No? Ever hear the one about the chicken who wanted to cross the road?”

“Jonah!” Tanner called out in concern.

“Let him go.” Bear sighed. “We both knew he wouldn’t take the idea of quitting well.”

“You think he’d stay in if we both left?” Bear asked. “You and I have other family, but Jonah doesn’t. We’re it for him. If we left, so would he. Trouble is, he’d go insane without something to occupy him.”

Tanner walked inside the house with a yawn. “Well, if he wants to stay out all night in the barn, he can. I’m going to bed. You going to join me?”

Bear’s eyes heated as he gazed at the other man. “Try and keep me away.”

They all had bedrooms of their own. They needed their personal space. Although, they often ended up sleeping together. Bear grabbed him, pushing him up against the wall as he took his mouth in a dark, dangerous kiss. Tanner’s cock immediately hardened as he groaned in delight. Pleasure rushed through him as Bear’s rough movements added excitement to the mix.

“Fuck, you feel good against me,” Bear muttered.

“Are we going to make it to the bedroom?” Tanner asked, panting as Bear pulled at his T-shirt. Tanner shoved it up over his head.

“Good. Because I can’t wait to taste you.” Bear kissed down his chest, biting sharply on Tanner’s nipples.

“Oh, shit,” Tanner moaned. Bear reached Tanner’s jeans and eagerly pulled them open, pushing them and his boxers down to his knees.

Instant relief hit him as his cock was freed. Then Bear took him deep into the warmth of his mouth.

“Hell, yeah.” Tanner’s head swam, and he gripped Bear’s head between his hands.

Bear bobbed back and forth, sucking strongly. Heat filled Tanner and his breath grew faster as he desperately tried to prolong his release. He licked his way up Tanner’s cock, then pushed his tongue into the slit at the head of his dick.

Bear knew exactly what Tanner liked. He clasped Tanners balls in his hand, squeezing lightly, and Tanner saw stars. Bear took him deep, until he hit the back of his throat. Tanner’s breath hissed out as lightning struck his balls.

“I’m going to come. Bear!” He yelled out his lover’s name as he came hard. Bear swallowed him down. Tanner stopped breathing as his whole body shook with the force of his release.

“Shit. Shit.” He slumped back against the wall.

Bear rose, clasping his face. “I need you.”

Tanner nodded, beyond speaking. He kicked off his jeans and boxers, and moved into the bedroom. Bear followed quickly behind him, tackling him to the bed. He rolled Tanner over onto his back, then bit his neck. It was hard and stung. Tanner felt his cock stir, despite the amazing orgasm he’d just experienced.

“I don’t think so.” Tanner shoved at Bear, hoping to catch him off guard. But the larger man held him pinned down.

Both of them were too dominant to give in.

“Your ass is mine.” Bear bit the other side of his neck, making him shiver with delight. Tanner knew he would eventually give in, but he’d make Bear work for it. Bear gave him a stern look. Tanner studied his gorgeous face. Bear wasn’t handsome. His face was too masculine, too chiseled. Hazel-colored eyes studied him intently. Then he grinned, almost as though he knew Tanner was playing with him.

Bear sandwiched his lips against Tanner’s, using his teeth to pull at Tanner’s lower lip. Eventually, Tanner caved, opening his mouth so Bear could sweep his tongue inside. When Bear pulled back, his eyes were glazed, his lips red.

“You have no idea how much I need you.”

“Then take me,” Tanner told him.

Bear moved back, reaching over to the drawers by the bed. He pulled out some lube and squirted it on his palm before moving his hand up and down his cock. Tanner watched on, riveted. Bear’s cock was a thing of beauty. Thick and long. Gorgeous.

“What happened to please?” Tanner growled.

Bear watched him for a moment until Tanner became certain he would fight him. “Please,” Bear spat out.

Tanner rolled over and brought his legs up to his chest. Bear gave his ass a whack. Turning his head, Tanner scowled at him. “Try that again and you’re a dead man." 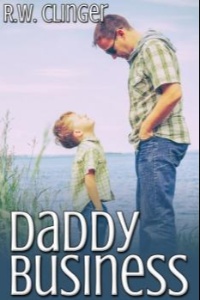 Owned by the Club (MFMMMM)
Sam Crescent
In Shelf
$3.99
Tweets by
sirenbookstrand