Lila Patterson receives the shock of her life when, after being stood up for lunch by her husband, she returns home and finds her things being moved into a moving van.

Seeing her husband standing on the lawn directing the movers, she storms up to her husband, only to receive an even bigger shock and deep hurt when their lawyer, her long time friend from college, hands her a divorce petition.

Lila Patterson, wife to renowned cosmetic surgeon to the stars, Dr. Lamar Patterson, returns home after being stood up by her husband to find him, a mutual friend and movers in their front yard. Daniel Westbrook, Esq., is there to serve divorce papers on the unsuspecting Lila. What transpires is Lila realizing she married Lamar on the rebound from Daniel because she wasn't into interracial relationships 9 years ago and didn't pursue her feelings for Daniel. But with the incentive of a divorce from what she believed was a decent marriage, she seeks comfort from the handsome attorney who is representing her dog of a husband in their divorce. Things get steamy rather quickly with the attorney and Lamar may just get his comeuppance in the end.

MR Review
Rating: * * * *
Reviewer: Alberta
Review:
Out of the blue, Lila comes home to find her husband, Lamar, a wealthy plastic surgeon, directing movers to take all her belongings, and his lawyer Daniel hands her divorce papers.

Since Lila worked as a nurse to put hubby through med school, and she also worked until recently at his practice, she is stunned to find out that Lamar has a girlfriend who is a stripper.

Against all lawyerly codes of ethics, Daniel, who has been in love with Lila for years, gives her the name of a legal shark who will help her get the best settlement from Lamar, and then Daniel and Lila embark on an affair.

Lamar has a multi-million dollar deal up his sleeve to market a product that Lila developed, and he doesn’t want her to know about the money. Lila’s family is very much against her having a relationship with a white man. Can Lila solve the money problems, the lawyer problems, and the black and white problem while falling in love with Daniel?

Basically, I liked these two, while simultaneously disliking smarmy Lamar and his squeeze. However, I wasn’t as enamored with Dawning’s writing style. She is the queen of the thesaurus, as she throws adjectives around like confetti. I often felt like the prose was overblown and trite. If style doesn’t bother you, and you like hot sex, DUMPED! might be your novel.

To my surprise I woke up on the living room divan while Daniel held a cold, wet compress to my head. “Are you all right?”

I forced my eyes to focus on Dan’s smiling face. “I’m too stunned to know.”

He scratched his head. “Lila, you are my friend and I want you to know that serving you with a divorce petition was the worse thing I could think of. Unfortunately, Lamar is my client. I had to give you that petition. It was my job.”

“Don’t remind me,” I snarled as I felt my face gnarl, “Where is the snake.”

“He went to see his girlfriend.”

I jerked upright. “Girlfriend? Is that what this is about? He torpedoes my life, I faint and he marches off to see a girlfriend.”

I saw empathy in his eyes. “Apparently.”

My nostrils flared in reaction to my emotive state. “I busted ass for five years to put that snake through medical school and this is how he repays me.” I shook my head. “I guess I really never knew him.”

“He’s changed. Success has made his head swell. I know this is tough, but you’re better off without him. The three of us go clear back to college, but I always knew you were the nicer person.”

“Thanks Dan.” I hugged Dan, but felt dizzy, so I lay back against the armrest. “I’ll bet you’d never do anything as seedy as that?”

Dan’s baby blue eyes looked conflicted, he opened his mouth like he wanted to say something, but he didn’t.

I pursed my lips. “Humph, I should have married you.”

Dan’s eyes widened. He fidgeted and once again acted as if he would speak, but he remained silent.

My voice sounded whiny as I bemoaned my situation, “What am I going to do? I have no money, no job, no place to live.”

Dan’s hand softly stroked my forehead. “You have your old condo.”

“Not anymore. Lamar wouldn’t renew the lease and kicked the tenants out. That’s where your things are being delivered.”

I raised my hands and flared my fingers to emphasize what I was about to impart, “That’s fine, but I still have no job, or money.”

“I’ll explain it all to you. Tell me. Not that you could have kept working at the medical office, but how come you stopped working there?”

I rolled my eyes. “That was Lamar’s idea. He decided, about six months ago, since the practice was doing so well, I should stay at home and join charities. That it looked bad to have the wife working there as if we were barely maki…” I paused while an epiphany took shape in my mind. “Hey! You don’t suppose he wanted me out of there so his philandering ass could fool around with impunity, do you?”

Dan shrugged. “I wouldn’t doubt it. He met his girlfriend three months ago.

“What an asshole. And since I stay home now I was planning on trying to have a baby.”

“Thank your stars, you didn’t.”

I opened the pack, took one out and giggled. “I can’t wait to see what the tool this goes on looks like.”

He laughed, then took hold of my hand and brought it to his lips. The feel of his soft lips kissing the inside of the wrist curled my toes, but he didn’t stop there. Languorously, his lips peppered the sensitive inside of the arm until he reached the sleeve of my tee shirt.

“Take it off,” he ordered gently. I rose up and pulled the shirt over my head.

He touched my bra. “This too.”

I unfastened the bra, slipped the straps over my shoulders and Danny took over, pulling the straps down my arms until I was topless. The fresh air and his stare hardened the nipples.

Gazing at my breasts, Danny sat up. "I always knew your breasts would be beautiful." He extended a finger and tenderly circled a nipple, igniting an ember of lust deep in my womb.

Danny stared at my breasts as he sat up. “I always knew your breasts would be beautiful.” He extended a finger and tenderly circled a nipple, igniting an ember of lust deep in my womb.

Brazenly, I sidled toward him pushing my chest out, serving my hard nipples to his soft lips. I gasped when his lips surrounded my lucky nipple. The smoldering ember in my womb burst into a flame and the walls of my pussy began to bleed crème. I bunched fingers around the bottom of Danny’s shirt, raising it several inches before he broke away from my breast and removed the unwanted garment. Now that he was also topless, I admired his muscular, well toned, lightly haired chest.

Cutting short my admiration, he unzipped my cut-offs and urged me, “Take these off.”

I raised my bottom enough to slide them over my ass, then sat down, pushed them down my legs and off my feet.

He pulled the elastic band of my lacy panties away from my shaved mound and let it snap back. “These too.”

He gasped when I grabbed the bulge in his pants and squeezed. "You too." Nodding, he kicked off his topsiders. Then he got off the bed and removed his pants.

I giggled as the head of his hard cock poked above the band of his briefs. I jumped out of bed, too and we embraced. Shivers ran down my arms as my breasts pressed into his chest and his hardness pushed into my abdomen.

Having not had sex with anyone except my wayward husband in years, I was revved up and my body hummed with excitement. This is going to be so much fun, I can't stand it.

Pulling away, our fiery gazes met then lowered. With our eyes fixated on the location of each other's genitals, we pushed down our underpants.

His taut, light skinned shaft with its mauve and plum colored crown, caused my heart to skip a beat and my stomach to leap into my throat. I was going to make love with Danny—a white man—but a very special white man. I took a deep breath and ignored the tickly feelings that ran up and down my spine. You want this! Deep down you always wanted Danny!

Danny's cock drew my gaze and hand like a magnet. Never taking my eyes from it, I sat down on the bed. "Come, lay down." When he was situated on the bed, I wrapped my caramel colored fingers around his creamy male organ. Once again, the difference in our backgrounds struck me.

Even though I wouldn't admit it to myself, I liked the difference. The forbiddenness of sleeping with Danny, had always intrigued me. Now, it turned me on, and I was acting on my hidden desire.

Up and down, I stroked his cock. The tiny little "ah" he uttered with each movement pushed me on. I liked exciting him and wanted to please him. I cupped his scrotum with my other hand and gently squeezed.

He groaned, “Oh baby, that feels so good.”

His rigid cock throbbed in my hand. I squeezed it and it pushed back. I reveled in the little noises he uttered, which now had become almost a seamless moan. While Danny's clutched the vertical bars of the headboard, he closed his eyes and his head rocked back and forth.

“Jesus, baby! You have no idea what you’re doing to me!” 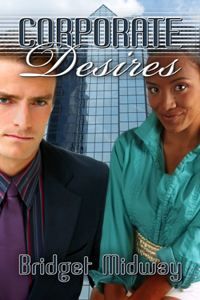