Rick is a Las Vegas P.D. detective, in love with gorgeous Martina Ruiz. Only, he's undercover, so she thinks he's a DJ at a strip club. He thinks she's a P.I. undercover as a stripper. She's in love with Rick, and when Rick suggests finding a permanent guy #2, she's all for it. Could it be Dorian, the gorgeous Brit at the strip club purchasing stolen art from a notorious art thief? Only two things are true: They are all lying to each other, and they want each other so much they'll dive right in.

Special Agent Marty Itzkowitz tried hard to appear appropriately understanding and sympathetic, but his lips twitched with the effort to keep a straight face. “I’m sorry, Ruiz, but you heard the owner. There are no other openings. The only positions they have available are exotic dancers. And you’re the only woman we have on our team.” Itzkowitz glanced at his partner, Special Agent Paul Davidson, then returned his gaze to Special Agent Martina Ruiz, who seemed irritated, to say the least.

“This is sexual harassment, Itzkowitz. And don’t think I won’t report it as soon as Shepard returns from her maternity leave.” Martina’s beautiful face was red with fury.

“Look, I understand how you feel, having to get out there and shake your money maker, but we have a shot at busting a money-laundering scheme of Madoff proportions. We can’t afford to miss that.” Itzkowitz’s blood boiled when Ruiz rolled her eyes at him.

“Madoff’s was a Ponzi scheme, Marty,” she hissed at him.

Itzkowitz could see Ruiz had her angry face on: a frown, eyebrows drawn together, a flush on her cheeks and rapid clicking of her manicured nails on her desk. He threw his hands up in the air. “Now see, it’s things like this about you at the Bureau that make it hard for people to like you. You know everything. All the rules. All the code. You correct everybody. You’re a walking fucking encyclopedia with your record-high test scores, and nobody can stand it. Be a team player, here, Ruiz.” Marty emphasized the points of his argument by tapping the case file with a finger. He glared at Davidson, who was covering his laughter with a coughing fit.

Martina rubbed her hands on her temples, something Marty recognized as a sign that she was getting a headache. “Fine. If I have to take one for the team to get this guy, I will. Because while Shepard is gone, you are somehow in charge. But I’ll be meeting with my union representative.”

By then it would be too late. The tapes would be everywhere, and her days at the FBI would be over.

Itzkowitz sneered. “You do that. With the owner’s permission, Davidson and I will be setting up some standard surveillance equipment in the club. You have twenty-four hours to shop for costumes and decide on a persona. I’m sorry, but I understand that Bitch from Hell is already in use there.”

Itzkowitz clenched his jaw. He could hardly wait for the day this bitch would be fired. “After we finish with the setup at the club, we’ll meet back here. Davidson and I are going to try to fix up something special that you won’t have to take off during your shifts. A little camera that will allow us to get close-ups of the men you talk to and dance for. Maybe a choker with a cameo or something. Just depends on your persona.”

“Wait, you said ‘dance for.’ Am I going to have to give lap dances to these men?” Ruiz’s caramel skin tone took on a distinctly green tint.

Davidson cleared his throat and fidgeted with his tie, clearly uncomfortable. His voice lacked the confident assertiveness of Itzkowitz’s. “Well, it is club policy that the strippers perform a certain number of lap dances.” He held up his hands as her fists clenched. “The men are fully clothed, they aren’t allowed to touch you and your…um…your lower half is dressed. I’m sorry. I wouldn’t want to do it either but it’s the only way.”

“You start at midnight tomorrow,” Itzkowitz cut in. “Show up at ten p.m. to watch the other women perform, give you some idea of what to expect. We’ll be outside the whole time, in the van. If there’s trouble, you have the bouncers, but if the money laundering takes place we’ll have it on tape and it’ll all be over.”

“You guys suck. Both of you,” Martina said with disgust.

They let her get out of earshot before Davidson spoke quietly to Itzkowitz. “You sure the owner’s good for this, right? He won’t rat us out?”

Itzkowitz laughed. “Who, Rawls? Nah, he’s an old buddy from Afghanistan. A brother in combat is a brother for life. He helped me think of this little Martina solution. And that’s what this is. The Martina Solution. 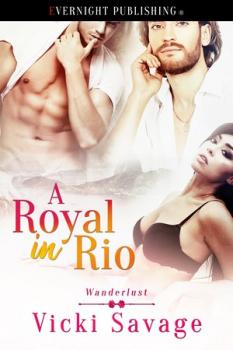 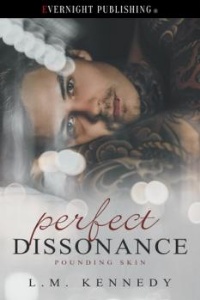