Loved by a Werewolf

Kidnapping the son of one of the mob leaders isn’t easy, and when said son happens to be a werewolf’s mate, it’s bound to get messy.

Loved by a Werewolf

A high-pitched scream lit up the night behind Jex. He wondered briefly when a female had shown up before everything came back and his eyes blinked into the moon-drenched darkness where six men were scrambling around to face off with a…a—was that a werewolf?

It was odd-shaped, if so, like something crossed between the werewolf from The Wolfman and Lupin in Harry Potter 3, that half beast that stood on its hind legs and sloped slightly as if it wasn’t comfortable with its height or wasn’t used to his shape. It wasn’t awkward, though. Jex didn’t think it was new to him, just different feet than what he normally stood on.

The men around him shook. The shaking was so physical, it was evident to Jex. He could almost feel it in his own body—or was he the one who was actually shaking? One of the men was whimpering slightly as he held the gun up to his shoulder, pointing at the beast that just stood there on the opposite side of the clearing from him.

It’s thighs were thick, covered with hair. Jex could see the hair glitter in the night. He gulped down a thick lump in his throat and his mouth went dry, but his gaze couldn’t stop roaming over the beast. He was caught up in the lust that took his body away from the fear of what it was going to do to him, and the fascination of the fact that there was a fucking werewolf, just standing there, watching them. They were all waiting for something to happen.

Ripped bits of dark fabric hung between the werewolf’s thighs. The material guarded the cock that Jex knew he hid behind them. It was odd that the fabric was there at all. Jex shrugged it off with an odd twist of disappointment, but then moved his gaze further up the werewolf’s body.

Jex’s eyes seemed to caress the beast. It wasn’t conscious, and to be honest, he couldn’t seem to stop himself, but the waist of the werewolf came next. Its tight shape had long lines and hips that had something familiar to them, but he was more than sure that was because it looked human. No wonder the pants stayed on, though the button was popped and the zipper down, letting Jex see a darkness that tightened up his stomach. He licked his lips and sent another hateful word or two at the moon for not lighting up the ground as nicely as it was the sky. He’d love to have seen the depths of what was hidden.

The beast had ripped abs on his stomach, the muscles moving as he breathed heavily. They weren’t quite shaped the way of a man who had crunched too much, but more like the definition of polished muscles that seemed to tremble as they sat still, as if there was just too much energy running through the body to stop it.

Its chest was the same, oddly shaped, not quite like a male. Its lungs moved with its belly, and its nipples were tiny dots that stood out to Jex’s gaze. It had shoulders covered in fur that glittered, which Jex concluded made it blond. His best mate had blond hair. It was that golden white blond, and in certain lights, it would cause odd effects.

The werewolf’s neck also had hair covering it, except the soft line up the front where its Adams apple made shadows play. Again, like Matt. Odd how that happened —Matt was more a part of his world than Jex had first thought. Now, everyone he saw had a likeness that took Jex’s mind straight to him. Even this beast.

Jex swallowed. He was hard, and getting harder, and he really needed to readjust before he hurt himself because of the awful twist that was happening inside his pants. The only reason he hadn’t was because the pain was like a slow drug that added to the fear and numbed his body with a need for more.

The beast snorted softly and Jex’s mind shook itself. Still caught in a lustful inspection, his gaze rose to its face. It was a face that was more wolf than it was man. Its muzzle jutted out, hiding the close pattern of its mouth in the shadows from the moonlight. Jex really wanted it to open its mouth, show off the sharp teeth that lay in that depth. Thin hair covered the whole face, longer on the forehead and over what Jex would assume was the beast’s eyebrows, if it had any. Shadows hid its eyes from Jex. They were sunken in enough to hide everything of the chap

Jex’s breath shallowed out. It was that type of look that you had to be close to, to really see what the person was thinking. It was something Matt had, and the first thing about the guy Jex had noticed. And the one thing that kept him noticing.

“What the fuck is that?” A deep male voice, coming from Dark Average cut into Jex’s mind and his lingering look at the werewolf. He blinked back to himself and looked around at the men, all standing stock still with their weapons up and jaws dropped. 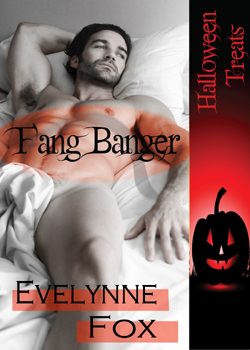