In the land of Fairy, Folk Tales and Fables, more is going on behind the stories than meets the page. Enter the world of Nakedella, where your favorite characters from nursery rhymes have grown up and are living normal lives just like anyone else.

Join Nakedella on Market Day as she does her rounds, running errands and meeting lascivious contract obligations in swift succession.

Meet her at the Sprite's pond, and be with her as the Wolf eats Grandma.

A fun romp for anyone who wonders what happens after the fairy tale ends.

Nakedella woke as the dappled morning sunshine crept through the lace of her window curtains. She stretched luxuriously under the covers and tried to remember what day it was. Ah, yes. Market Day. She had to head over to Red Riding Hood's grandmother's house with her basket of goodies.

Well, it was Market Day. She had better get ready. The market was always a little hard on her this early in the day.

One hand toyed with her nipples while the other snaked down and began to play with her clit. She relaxed her breathing and let her body flush with sensation. Now and then she would stop circling to pinch at the nub of engorged flesh and drive two fingers into her cunt. She continued until her whole body shivered and bucked in release. The hand on her breast left its station and fisted in her sheets as she rode out her first orgasm of the day.

Slowly her breathing returned to normal, and she felt ready to leave her bed. She heard the pattering of tiny feet and sat up in wide-eyed panic. She had forgotten to turn off her 'alarm'.

It waited for half an hour after the sun hit its stand before coming out to wake her in the manner it was designed for--it would fuck her into alertness. However, if she rose and forgot to cover it, it would still find her and carry out its assignment. Moving swiftly, she grabbed its little blanket off the stand and braced for its arrival.

She heard the hopping of little feet behind her and whirled to confront her automaton lover. It was coming after her, moving rapidly out from under the bed and making a beeline for her. She snapped her wrist forward and dropped the blanket over it, sighing with relief as the feet stopped moving. Picking it up carefully she closed its box to save its services for another day.

Nakedella washed her face and brushed her teeth. Her hair was next. She struggled to get the brush through the thick, honey-colored tresses. She flipped her hair back over her shoulders, grabbed her shopping basket and headed out to the market. The first stop on her list was the Butcher. 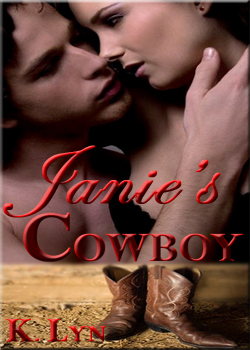 Grin and Bear It (MF)
Jenika Snow
In Shelf
$4.99
Tweets by
sirenbookstrand