Heat Rating: Steamy
Word Count: 72,786
0 Ratings (0.0)
Contemporary
[BookStrand Contemporary Romance, HEA]
Sloan Ridgeway and Mac Watson’s fairy tale ended in tragically-ever-after. For years, they’ve been separated by the grief and guilt surrounding his little sister’s death. Devastated, Sloan traded small-town Kentucky for star studded big cities and tabloid fame, but life in the limelight was filled with emptiness and betrayal.
When one more highly publicized, broken engagement sends Sloan home to lick her wounds, she comes face-to-face with Mac. He obviously hasn’t forgotten the past, but despite his antagonism, he’s more compelling than ever. To save herself the heartbreak, Sloan vows to keep out of his way, but destiny won’t let her. Desperate to rescue an abused horse in foal, Sloan is forced to enlist Mac’s help.
Working together day after day begins to reignite the passion they once felt for each other. But is passion enough? Can Sloan and Mac breathe new life into their malnourished hearts and prove that true love trumps tragedy every time?
A BookStrand Mainstream Romance 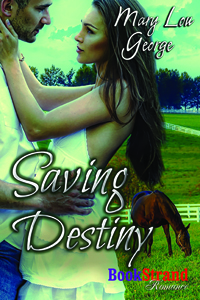 5 STARS: "Sloan left Kentucky and headed for Hollywood. However, she never quite got the Kentucky out of her, nor could she get Mac out of her system. Mac is all man--from the way he feels to the way he smells. Sloan comes back to Kentucky just to help her pregnant best friend. She has to start working with Mac. Are the fireworks still there? Can he get over the fact that Sloan killed his sister, even if it was an accident. So many hearts have to heal in this story. It is a joy to watch love bloom between the characters. Then, there is the sex. It is what good dreams are made of. This story pulls at the heart strings. I recommend it!" -- Stephanie Rollins, BookreviewsRus.com

5 CUPS: "No one knows the pain and embarrassment of having it all and still feeling empty like Sloan Ridgeway. She graces most tabloids with headlines on a regular basis. The paparazzi can not seem to keep up with her. She keeps running from something, but she can not figure out what. From one engagement to another, she seems to not be able to find the Real Deal. Her closest friend, Jean, calls her to get her moral support with her first pregnancy and to remind Sloan of what she has been missing: real hometown cooking, laughter, and loving. For years, Mac Watson has been in pain over his sister's death, all caused by the careless girl he once gave his heart to, Sloan. He knew it was trouble for him and his dad, Seth, when he was told Sloan was back in town. He braces himself and hopes he can keep his dad calm when and if they finally cross her path. The whole town knows about the anger and hatred they have for the spoiled, destructive woman Sloan has now become. Sloan does not expect to have her celebrity status be accepted back home in Kentucky, but the gossip, rumors, and threats were a bit much for her even though she had dealt with far worse from tabloids and her recent, highly-publicized broken engagement. She starts caring for abused, withering away animals that were neglected as soon as she comes home, but she knows she can not keep them alive without the best animal assistance the town has: Seth and Mac. But this time Sloan can not weasel her way into their hearts. What was done twelve years ago has left a wedge bigger than she imagined. Mac is trying to be fair as he is reminded by one of his teen helpers that to forgive and move on is the best way. However, who ever said that did not have the love of his life kill his sister. What to do when you have nowhere to hide and you can go crazy as you try to unveil the truth? Mac and Sloan have a sizzling fire that several years away from each other cannot put out. Sloan grows an attachment to saving the malnourished horse she names Destiny, but it is really those caring for the expecting horse that need to be brought back to life and given some hope. As they rescue the animals from their abusive owner, can these people rescue themselves from the chains of years of neglect and negativity they have lived? This book never has a dull moment as events unravel into a drama throughout the novel. It seems there is much more to Sloan that will shock even those closest to her. With her mom long gone, she still has her mom's closest friend, Lindy, who will help restore faith in herself and reach out to those who will put the missing pieces of the puzzle Sloan needs to get her memory back from the fatal accident. Being home and confronting her past will do the rest. This book gets 5 cups for such an amazing beginning to finish. I can't find any flaws with this book. It will have you blushing and fanning more times than you can count! " -- Trully, Coffee Time Romance & More

“Son of a bitch!” He used a fist to pound the seat next to her, then raked a hand through his hair, tousling it even more than usual. Sloan’s eyes followed his movement. He had such wonderful hands, long, strong fingers with broad palms. She’d always felt safe leaving things in those capable hands of his. Despite their troubled past and current estrangement, today was no exception. She had no idea what she would have done had he not been with her. Breathing in through her nose she caught that wonderful scent that always seeped through his pores and enveloped her whenever he was near. Just minutes earlier, while investigating Tiernan’s stable of horrors, that scent had been her savior and his steady warmth had brought her back from the brink of despair.

She took another deep breath and sighed. In close confines, Sloan could feel the intensity of his eyes on her as they traveled from her profile down the length of her body. When she turned her head and looked at his face, she recognized the fire that burned behind his stare because she felt the same thing.

His voice was low pitched but filled with emotion. “I could kill someone right now.”

Leaning forward, he rested his forehead against the steering wheel. Later, looking back at that moment, Sloan wasn’t sure what possessed her or why she took the liberty, but for some reason she couldn’t help herself. She reached out and touched his arm.

“Mac?” She’d barely finished uttering the question in his name when his hand cupped the back of her neck and his lips came crashing down on hers. She struggled against him at first, knowing it was frustration and anger that had instigated the kiss. But it took only a moment for Mac to ignite the heat in her own blood and suddenly it no longer mattered to her what had precipitated the contact. All that mattered was what fueled it—passion. She welcomed it, with a cherry on top.

Despite the violence of his emotions, Mac still managed to kiss with finesse and she opened to him like a flower to the sun. He held her so tight she felt her bones might crack, but somehow he knew just how far to go without actually hurting her. She reveled in his touch and gave as good as she got. He pulled back slightly and she took the opportunity to suck his bottom lip into her mouth. It was Mac who’d taught her the art of kissing and in the intervening years she’d expanded on that knowledge. He moaned. Clawing at his chest, trying to get her hands on more of him, Sloan groaned with frustration. Reading her mind and coming to her rescue, he tore at his shirt, exposing his bare chest. Not satisfied with his nakedness alone, he pulled her T-shirt up over her bra and with adept hands freed her sensitive breasts. Glorying in the feel of his skin, Sloan rubbed herself against him over and over again. His hands dove into her hair and yanked her head back. He used his mouth, his tongue, and his teeth to worship the length of her arched neck and the softness of her breasts, making her tremble and moan.

“Oh God, Sloan, I want…so bad…I could hurt you right now,” he said between gritted teeth.

She heard his words over the pounding of her pulse and the roaring want in her ears. “You won’t,” she moaned.

Sloan could feel the hard length of his arousal as he drove his hips against hers and her hand flew to his crotch stroking his huge hardness with firm, sure strokes. He rose up and ground against her, pushing her back in the seat. His hand slipped under the waistband of her jeans and she said a silent word of thanks to the person who decided to put just a touch of spandex in denim. Like some sharp shooter, with unerring accuracy, Mac found just the right spot and touched her very core. His fingers were quick, thorough, and oh so clever. This was the man who’d known her more intimately than anyone. Years ago, he’d taught her how it was done. No one did it better and within moments Sloan felt that urgent sweet rush, climbing higher ever higher until she broke into tiny breathless fragments, throbbing, crying out his name. But for Sloan and Mac one release wasn’t enough. He’d always been able to make her climax over and over again with just the right pressure and movement of his fingers. He obliterated every other man in her experience. Lost in each other, place and time meant nothing to either of them. She wanted him inside her and knew he wanted to be there. She tugged at the button on his pants and he grunted.

The honking of a car horn snapped them out of their passionate oblivion. Somehow moving with lightning-quick speed, Mac protected her from prying eyes. In that split second’s distraction, their moment of sexual insanity was lost, gone forever. Pushing her away, as if he’d been burned, he rebuttoned his pants. He sat frozen for what felt like a long time, but must have been only seconds. Finally, he heaved a huge sigh. Turning his head, he watched as she finished setting her clothing to rights.

He ran a shaking hand through his hair, but as usual managed to avoid smoothing it. His expression wasn’t kind. “What the hell were you thinking? You shouldn’t have touched me.” His eyes still held a raging storm as they scanned her face. “Damn you, Sloan, I almost lost control. You should have stopped me. A simple ‘no’ would have sufficed. I could have hurt you. I’ve never hurt a woman in my life. That’s as close as I ever want to get.”

Still trembling from the experience, Sloan stared out the window. Her mind raced. Silently, she cursed herself over and over again. What had she been thinking? It was her fault. She just had to put her hands on him. 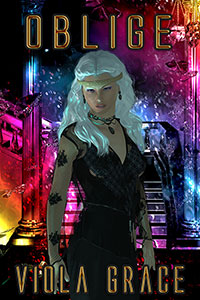