A continuation of Ben’s Wolf Surprise.

Way too much newness on top of a pregnant mate. Things should get…interesting

Ben held his breath, then realised it probably wasn’t a good idea since he had a baby inside him who was living, growing and had a beating heart. His chest hurt, heaving as he looked at the machine where the sound was coming from.

It was muffled but in tune. Ben wanted to believe the sound wasn’t coming from inside him, but at this point, there was no denying it.

Am I still going to deny this pregnancy thing? Probably. He nodded to himself. It wasn’t like he’d ever thought it was possible for him to get pregnant. He hadn’t known his one-night-stand with a werewolf would lead to him being in this state. But shit, man, there was a heartbeat coming out of his belly.

Shad took a deep breath next to him, sighing it out in a soft, wistful breeze. Meanwhile, Ben’s lower lip wobbled, his eyes brimmed over. He was a sappy bastard. He was pregnant with a baby—their baby. It was some heavy shit.

The lady who’d come to their new home just to check him out took the microphone off his stomach, and Shad ran his hand against the pale skin, slowly, looking awe-struck. He leaned down and gave Ben a soft kiss on the lips.

“Can you believe it?”

“No.” Ben laughed against a sob.

“So everything seems fine. You and your baby are healthy.”

Ben took in a huge breath as he sat up. He nodded because he didn’t know what to say. He didn't know how to reply to the lady’s comment.

“Good.” Shad sighed again as his hand ran up and down Ben’s back. He was comforting, which made Ben want to curl up in Shad’s lap and just stay there until all of this was over. But he couldn’t—there was plenty more to do today, this week, and the months to come.

The lady with the machines moved around them, packing everything up so she could trot back towards her side of the lot, back towards the Cameron Packhouse, leaving them alone in the shell they were going to call home.

Home. Ben’s eyes watered up again as he swallowed hard around a lump.

“And that’s it, boys. I’ll be back next month for the next scan.”

“Right.” Shad coughed. “So is there anything we need to know? Anything we should be doing to make sure Ben and the baby stay healthy?”

The lady chuckled lightly, and Ben was sure it was because she thought this side of Shad was cute as all hell. She was right, he was, but even though Ben couldn’t remember her name, he was sure Shad had grown up with her, or she’d been around while he grew.

“You are both doing fine. And whatever Ben needs, his body will let you know. My guess is he’ll want meat. Lots of it.”

Shad responded with a short, sharp bob of his head.

The lady chuckled again as she swung her bag over her shoulder and headed toward the door.

“Here, I’ll walk you out,” Shad said as he stood up and walked towards the door.

“Of course. And congrats, Ben,” she said with only her head poking through the door frame.

All alone, Ben lifted his shirt back up. There wasn’t anyone for him to see—not really. He looked bloated. Okay, that isn’t quite true. His stomach was distorted, larger than if he’d eaten too much. It was smaller than what he’d expect a pregnant belly to look like, though. He could, however, get away with saying he’d missed a couple of gym days if people forgot to look at the rest of him and only focused on the belly. It was—he wanted to say odd, but that wasn’t it. Unless he thought about it or saw his stomach, he could basically go about his whole day pretending he wasn’t pregnant. Only he thought about it all day—every fucking minute, to be exact. He’d only just found out about it a couple of hours ago—or was it a day? Time lapped and creased—and fucked off—without so much as a goodbye. Ben didn’t want this to be happening to him. His life was interesting enough. He didn’t need something so unexpected thrown in as well.

“You doing okay?” Shad asked from the doorway. He was leaning against the frame looking like runover shit.

Ben shrugged and realised he’d been running a hand against his bump.

“What are we going to name it?”

Frustration pushed up into the back of Ben’s throat, like a bubble of heat needing to be expelled. How was it possible for Shad not to think about it? All Ben had been doing was thinking. Ben looked up at his lover, ready to snap, but stopped abruptly when he saw how hard Shad was fighting fatigue and losing. Ben realized the only thing holding him up was the door frame.

“Yeah…” He heaved himself up off the bed. “I need something to eat, and I’ve got heartburn. Fucking fun.”

Shad’s eyes popped open. He released the door frame, organising himself to follow Ben into the kitchen. Ben saw his partner’s need to treat him delicately. Shad hovered over him whenever he stood up.

Ben smiled. He liked the feeling of being loved. He’d like to think he wasn’t the type of person who needed a helping hand. Hell, he knew he wasn’t the type. But the pregnancy and being reunited with the person he’d been missing for nearly three weeks made him appreciate Shad’s attention. “You’ve been getting that a lot?” 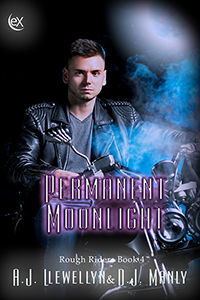