The Bounce in the Captain's Boots (MF)

When Emma Chance met her best friend's elder brother, she knew instantly that he needed somebody to put the bounce back in his boots.

But it couldn't be her, of course. She wouldn't know where to start.

Against the odds, Emma Chance survived a childhood of cruelty and neglect. She's never had time for fairytales or Prince Charming and, as a young woman with a logical mind, her preference is for tidy facts over messy feelings. But with one glance from his dark eyes, Captain Guy Hathaway causes poor Emma a bundle of the latter and turns her cautious world on its head.

To him she is nothing more than his little sister's shy, awkward friend, and she wouldn't know what to do with herself, in any case, if he ever looked at her as anything more than that.

But there's something about Captain Hathaway...

The charismatic captain has a reputation for trouble. Brawls, duels and dangerous women litter his past. With a mischievous sense of humor, a hot temper and a reckless impulse to leap in with both feet, he has always sailed along at a steady clip, determined never to be anchored too long in one place and never risking his heart. But lately he's felt a strange emptiness, a yearning for something he cannot identify. It began a few years ago, about the time he escorted his younger sister and two of her friends to a ball. Did he lose something there, or did he find it?

Until he gets to the bottom of this mystery, he knows he won't be whole again.

In the meantime, while he seeks out the source of this discontent, he can make himself useful, initiate some changes in his life and do a few good deeds for once. Why not? For instance—timid, plain little Miss Chance, his sister's droopy best friend, could surely benefit from a helping hand.

The first time he met her she was a mess of nerves, covered in a red rash and itching as if riddled with fleas. But he can't help feeling there is more to the strange creature than meets the eye.

Yes, indeed, there is something about Emma Chance...

The Bounce in the Captain's Boots (MF)

More From Ladies Most Unlkely

The Trouble with His Lordship's Trousers (MF)
Jayne Fresina
In Shelf
$4.99 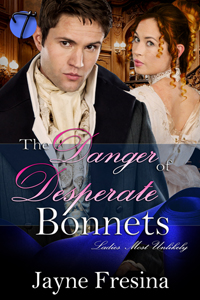 The Bounce in the Captain's Boots (MF)
Jayne Fresina
In Shelf
$4.99
All Books In Cart
All Books In Bookshelf
Excerpt

"Sometimes the wind do puff and blow up 'ere," a whiskered fellow had once remarked, his ruddy, weathered face cheerful as he tipped his hat to her. "Mind you don't go too near the edge, miss. A slight thing like you could blow right o'er."

She, on her first journey along these cliffs, had nodded and smiled in reply, then walked on, heading up the slope as he passed down it. The kindly concern of strangers still surprised her back then. But the merciless tug of the wind at the highest point of the cliffs had shocked her even more, despite his warning.

Each subsequent time she walked this path, Emma remembered that fellow and murmured to herself, "Sometimes the wind do puff and blow," in his accent.

The wind did indeed billow, gust, and belch like an old man's belly after a cask of cider. It was strong enough to pull on a woman's skirts and drag her to the edge.

And a person standing on these cliffs might imagine they hear voices wailing, a malevolent tune caught up and twisted around with every gust. Some hear mournful weeping.

On a particularly blustery day, like this one, when a brooding sky of livid clouds brought about that sinister, jaundiced light, not many would bravely venture closer to the edge and investigate the source of that sound.

Emma, however, was a rarity. And she wouldn't miss this for the world.

As she stepped closer to the cliff edge, she looked down. Below her, a woman clung desperately to a few dry tufts of scrappy grass, while that harsh, salty wind blew hard off the sea, screaming and howling across the ancient layers of cliff face, alternately buffeting and tugging on her skirt, trying to pry her free. Those beefy fingers, now clawing at crumbling chalk, were capable of delivering many hefty slaps and beatings, but even they would not keep her from falling forever, and she must have known it. Or perhaps not; she was a survivor, a scrapper who always found a trick out of any tough corner, looked at any tragedy for how it might benefit her.

Of course, one should never look down when so high above safe ground. Any logical person knew that. But this fallen woman watched to where her black bonnet had tumbled down the reddish limestone to the savage rocks below. It lay there for a moment, ribbons clawing at the air, until two frothy waves of high tide converged upon it— the first leaving it drowned and limp, the second carrying the bonnet corpse away on a victorious crest of white. All this the stranded woman watched, having no idea at that moment that she herself was calmly observed from above.

No more than a dark shadow against the heaving, bruised sky, the witness stood upon the cliffs and looked out over the storm-whipped sea. Her gaze drifted slowly downward to the scuff marks in the ground, to the crumbled edge and then, once more, to where those fingers clung.

"The wind do puff and blow," she muttered. Apparently nobody had warned the other woman, although it was doubtful she would have listened, in any case.

For a moment the standing woman considered her own hands.

She might have reached down, she supposed, and offered assistance. There was still time. But everybody said she wasn't strong. They would understand. Nobody would blame her.

One more hearty gust of wind should do it.

Suddenly the woman dangling from the cliff edge glanced up and saw her standing there, holding fate in her hands. At first there was a look of relief, then confusion, for it took a moment for the dangling woman to recognize the other. Perhaps it was the angle that tricked her, for the world had turned on its head.

This was finally the end. For one of them it was sublime victory; for the other it was a deadly blow— worse than any she herself had ever dealt with those thick, hard palms.

Funny how things turn out.

Well, not so droll for one of them.

For so many years this is how the pleasant dream proceeded for Emma Chance, who saw herself standing on the cliff edge, calmly surveying the desperate scene. Today, however, there was a difference.

This time she was wide, wide awake. 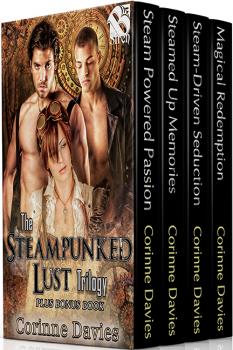 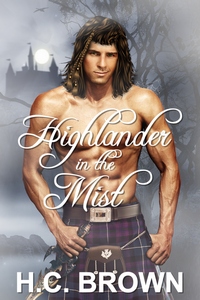