Addicted to His Touch (MF)

Jared has wanted Freya for a long time, and he knows the beauty she is inside and out, even if she has a bit of an attitude. That’s all for him, and he wants every inch of her.

Freya’s had a crush on Jared all of her life. Only she doesn’t believe any man can be faithful. She’s witnessed it through her mother—men only use women, and so the crush she has on Jared must stay that way. However, she’s no longer a little girl, and that crush grows into an attraction that's getting harder to deny.

Jared knows that once Freya is in his home, and in his life, all it will take is time. He’ll prove to her that he wants more than her body. He wants her love, her heart, her mind, and her soul. He’s not a gambling man, but he’ll take a risk for her, because that's what true love is all about. Can Freya get over her insecurities for a chance to be happy?

**This is a very safe read. Jared only wants one woman, and he’s willing to do whatever it takes to have her.

Addicted to His Touch (MF)

There was no sound on the laptop as she couldn’t watch outside in case someone was close.

She stood up, and turned to find him quite close behind her. She’d been so engrossed in the movie she hadn’t even heard him approach.

The suit looked so good on him as it hung down his body. She put the laptop she’d been watching down on the chair.

“I think it’s a little hot, don’t you? I’m going to go for a swim.” She turned about to head for the steps, when suddenly Jared caught her wrist, stopping her progress.

His touch was like fire, a brand on her skin, turning her on even more.

She wanted him more than anything else.

Glancing down at his hand, she felt him move up behind her, his front touching her back. Did she feel his rock-hard cock pressing against her ass? It felt so good, so amazing.

His other hand was on her stomach, holding her steady. His lips grazed her neck, and her eyes fell closed.

In that moment, Jared had all the power. There was nothing she wouldn’t do for him, for his touch. Her need was that strong, and so great.

“Do you have any idea what you do to me? What I want to do to you when I see you watching stuff like that? Did it make you hot, Freya?”

She could have a sassy comeback, or say something she didn’t mean at all. Instead, she went with the truth. “Yes, it did.”

“Do you want me to do something like that to you? Do you want me to touch your body? To make you come? He didn’t stop. I bet he pushed her down on that bed, made her come, and then fucked her raw.”

She was a sucker right now. “Yes.”

“Do you want me to stop?” he asked. The hand on her stomach glided down, his fingers teasing the top of her bikini bottoms.

Crap. What was she doing?

It was Jared. The man of her dreams, and she wanted him more than anything.

Jared had completed his work as fast as he could so that he’d get home to Freya. He’d not wanted her working today as she’d been putting in more hours than she needed to, and last night she’d looked exhausted.

Every night he had to take care of his dick as he didn’t want her to think all he wanted was a fuck.

He wanted sex, hot, dirty sex, but he wanted her more.

Being with her made him feel so fucking amazing. It was hard for him to describe. She made him laugh, and just feel like himself. He wasn’t a billionaire boss. He was just a man to her. She didn’t even treat him like her boss in the office. He was more of a friend, and he liked that.

Freya didn’t cower. She stood up, and she fought. He loved that about her. She had a bad mouth on her, an attitude that went with it, and he relished it.

No woman had ever made him work so hard to prove himself. She was a challenge that he couldn’t wait to win, and he would.

“Tell me what you want, Freya.” 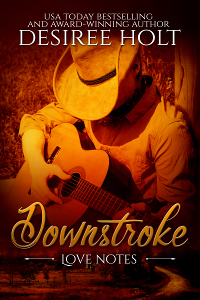