What if bad guys ruled the world and the good guys were the outlaws?

The war has begun. The MCs of Mars are fighting against the corrupt government and their archaic rules: women are used for breeding, dark-skinned men are slaves, and homosexuals are executed. Whip is the kinky club member who is the best with current technology. He has the task of hiding out at Harley’s Hover Car Parts to monitor the government. He never planned on finding out the sexy ginger Harley had a crush on him. But Whip isn’t like most men. He grew up with a harsh father that taught him early how to torture people. Whip turned that horror around and now he can’t live a vanilla life. He has whips and cages and toys that would make any sane man run.

The city on Mars becomes a battle for the future of our species. But the battle between Harley and Whip is just beginning. Will these two men find love with balls and chains?

Heat Rating: Sextreme
Word Count: 27,240
1 Ratings (5.0)
BDSM Science Fiction Alternative (M/M, Gay)
In Bookshelf
In Cart
In Wish List
Available formats
Mobi
PDF
HTML
ePub
Cover Art by Jay Aheer
Reviews
We are teased towards the beginning of this story. You think one thing will and happen then told, oh so sincerely(?) that no that isn't going to be. James Cox is very sneaky that way. I loved how the story unfolded and how we got to see into what makes Whip who he is. Harley is a hot ginger and the lucky s.o.b. who gets to experience Whips kinks. Great story, flows so nicely before you know it you are rooting the MC's on and rooting for Harley and Whip to fall in love already. Highly recommend this story and looking forward to the next .
Red
Read more...

“Take your pants off.”

I took the flogger. The handle was black with long flat tails extending outward. “I’m going to start soft,” I muttered. “Turn around.” He did. I got to see the long expanse of his back. He was flawless, pale skin with wide shoulders. There were freckles scattered here too. “Take off the boxers.”

Harley visible took a deep breath and then slid the last piece of clothing down.

“And what an ass you have.” I smiled, though I wasn’t sure if it had an evil gleam to it. I felt that dark part of me rising up like a damn dust storm. I gripped the flogger tight as my gaze roamed over Harley’s backside. His ass cheeks were these two perfect, plump areas that were ripe for playing. His thighs were thick with muscle and scattered red hair down to his ankles. His bare feet were flat on the ground, but his toes were curled. “Put your hands on the wall.”

“Aye.” He flattened his palms on the basement wall.

I laid the flogger on his right shoulder.

“Easy.” I placed a kiss on the back of his neck and then one on each shoulder. I slid those flat, dark tendrils across his back. They were smooth so it didn’t exert any pain. Yet. The dark tails fell down his back, touching him, caressing evenly. Then I touched his right hip, sliding them to his thigh. That’s where I’d start. At his thick thighs then to his back. Avoiding the spine of course. I pulled my arm back and tugged it forward. The slap was dull. I hadn’t used much pressure. I didn’t even mark up the skin. “You all right?”

“Aye,” he said, his voice holding a hint of a groan.

I jerked the flogger back again, this time using slightly more force. The tails slapped against his thigh. I moved to the other side. Stroking soft then spanking him with the flogger.

I dragged the flogger over his beautiful ass then slapped at his thigh again, this time just a bit more strength.

My cock was steadily growing between my legs as the flogger whacked against Harley's thigh again. Soft to the right, harder to the left then skim the tails across his ass. It became a pattern, alternating between rough and gentle. Each stroke sent my dick filling my crotch. I loved hearing the snap, the sting, the groan of pain accompanied by pleasure. “Are you hard?”

“Fook, yes,” he said then groaned.

I walked up to him, running the hard handle along his left hip, over his back, up his spine then back down. This time I followed his ass crack all the way and nudged at his balls. His legs were very far apart so I didn’t get a chance to see what equipment he was wielding. I placed my lips on his back, tracking a line of freckles with my tongue as the handle gently prodded his balls. “You’re doing very good.”

I smiled against his skin. “Turn around for me?” I made it a question, giving him an out in case he wanted to stop here.

Harley dropped his hands and turned. He was standing there with an erection thick enough to make my mouth water and a proud grin on his face.

“Mmm.” Harley was gorgeous. He had a nest of red pubic hair. His balls were tight and nearly perfectly matched. His dick was thicker than mine but not as long. His shaft was curved slightly to the right with a bunching of foreskin at the end. His cockhead and piss slit peeked through. He was ridiculously pale expect for his cockhead which was blushed. “You. Are. Perfect.”

I smiled. “Lots of compliments.” I licked my lips. What I wanted was to suck on his dick so hard the Irishman exploded in my mouth. But that would be rushing and I did not rush. No, I took my sweet time until we were both ready to collapse, that way the orgasm was as intense as it could be. I stepped back with the flogger still in my hands. I slithered the tails across his chest. “Such pale skin. I want to watch it turned red.” 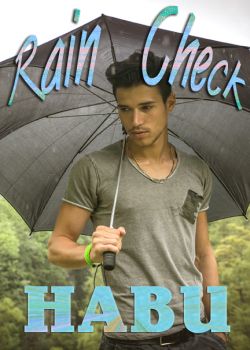 The Dom of Peculiar Places (MM)
James Cox
In Shelf
$3.99
Tweets by
sirenbookstrand