Moira Gilson has always been different, though she never fully understood why. Dedicating her life to protecting a sibling she’d never met was the easy part. Finding her own happiness will take a bit more work.

Rumors spread like poison when Brock Lancaster disappeared in the middle of the night, leaving behind an alpha legacy. Nearly a year later, he’s back. Not to claim his rightful place as leader of the pack but to protect the woman he loves—and he’s not alone.

Koba Blackheart would rather avoid conflict when possible. Having two mates constantly at each other’s throats is the epitome of conflict, especially since Brock and Moira have a history and he’s the odd man out.

Danger creeps ever closer, and their rocky relationship will soon be put to the test. Can the three recognize the true meaning of family? Or will they crumble under their own selfishness?

Gabrielle Evans is a Siren-exclusive author.

Barking twice to signal the rest of his team, Brock sprinted through the driving rain with Koba right beside him. Using his powerful back legs to propel him through the air, he leapt onto the back of one of the Shadow Walkers still in human form, taking him down easily before scrambling to his feet and moving on to the next.

“We can’t fight them and win!” Moira shouted as she pushed her sodden hair back from her face. “Everyone to the barn!”

A Walker of massive proportions turned his yellow gaze on her and snarled. Brock had never seen anything like it. Transforming into something between a vampire and a wolf, the beast practically flew through the mud, knocking aside Brock and two of his team members as though they were nothing more than flies.

Inch-long talons curved from the tips of the monster’s fingers, and he slashed through the air, coming closer to Moira with each thundering beat of Brock’s heart. He was too far away, would never make it to her in time. Though she was strong, Moira was still in her human skin, making her the most vulnerable person in the clearing.

It was for that reason that Brock couldn’t believe his eyes when Moira charged the Walker, her arms pumping hard as she ran full-out. Did she really think that she could simply run right through her enemy? What the hell was she trying to do?

When the monster swung at her again, Moira ducked the blow and dropped her shoulder, ramming it right into the Walker’s midsection, sending them both crashing to the ground. “Go!” she screamed to her pack as she rolled off her foe and hit the ground running.

The beast was just as quick to gain his feet, splashing through the growing puddles in his pursuit. Barking and snarling, Brock ran faster than he ever had in his life, his paws clawing against the earth to propel him forward and his eyes never straying from their target—the unprotected nape of the Walker’s neck.

Chaos and panic surrounded him as most of the pack fled for the cover of the nearby barn. A few of the male members stayed behind, engaging the enemy to give the smaller and weaker a better chance of escape. While Brock worried for Koba, hadn’t seen him since the battle began, he knew the man could take care of himself. So, he focused all of his attention on Moira and the Walker closing in on her, pushing himself harder, faster, and with single-minded determination.

His tunnel vision gave him a front-row view to the tragedy unfolding before him, and his heart nearly stopped beating as he watched the Walker leap through the air and tackle Moira to the mud. The pair slid several feet across the slick ground, but came to an abrupt stop when a large, gray wolf appeared out of nowhere, catching the Walker around the neck and using his momentum to pull the asshole off of Moira.

Too bad the stubborn alpha couldn’t let it go. And they said men had more pride than brains. “I had him!” she shouted, delivering a hard right hook to the Walker’s temple.

Finishing off the beast with a fierce growl, Koba backed away a few steps and shifted right there in the middle of the clearing. The rain pelted against him, soaking his long, black hair and running off his nude, tanned body in rivers. None of that seemed to bother him, though. He advanced on Moira, grabbing her by the upper arm and spinning her toward the barn that sat on the edge of the field.

Brock slowed his pace to a trot, following silently behind the pair as Koba prodded Moira through the downpour. The surviving Walkers had retreated back into the forest, and it would fall to Brock and his team to hunt them down.

They needed to clean up the mess in the clearing, make sure the pack was safe, and regroup before that could happen, though. Just then, his main priority was sticking close to his mates and ensuring no further harm came to them.

“I had him!” Moira repeated, wrenching her arm out of Koba’s grasp.

“Yes, and there’s an open bar in hell,” Koba countered with a snort. “Are you always like this?”

“Who the hell do you think you are?” Spinning around so fast that her wet hair slapped her in the face, Moira pushed a finger right into Koba’s chest and snarled. “You don’t belong here.”

“You’re welcome,” Koba repeated. “You know, for saving your life.”

“And that means what to me? Why are you here?”

Deciding things couldn’t get any worse than they already were, Brock dropped his head as the change washed over him, and his body reformed to his usual six-four height. “He’s with me.”

Moira’s head snapped in his direction. The shock was evident in her expression, even in the darkness, though it was quickly followed by cold, hard rage. “Brock Lancaster.” The name was spoken with such venom it was a wonder he didn’t drop dead where he stood.

Brock leaned back against one of the floor-to-ceiling posts with his legs spread wide and his enormous cock in hand. The muscles in his arms, chest, and abs rippled beneath his sun-bronzed skin as he stroked the turgid length in slow, controlled glides from base to crown.

Sitting up a little straighter, he held his hand out in offering. Once she pressed their palms together, Brock grabbed her wrist and tugged her into his lap. Moira’s back pressed against his dewy chest, and her head fell back to his shoulder as Brock settled against the post once again.

“Look up, Mo.” He spread her legs, placing them on the outside of his thighs as he waited for her compliance. “See that rope?”

A frayed length of rope hung from a nail above their heads. “Yes.”

Her heart thundered wildly against her sternum as she lifted her arms above her head and wrapped her fingers around the rope where it looped at the end.

It was easier said than done when his hands groped her breasts, kneading the flesh and tugging at her sensitive nipples. Moist lips journeyed along the curve of her throat, ending at the shallow indention behind her ear. Abandoning her hard and swollen nipples, Brock gripped the inside of her left thigh with one hand and dipped between the parted folds of her soaking pussy with the other.

“Ah, fuck, baby.” His breathing accelerated, and his cock flexed, rising up to brush against the crease of her ass.

Two fingers stroked her from perineum to clit until they were coated in her slick juices. Each brush over her throbbing clitoris made her body jerk and her head spin as she struggled to draw in air to her aching lungs.

“Watch,” Brock murmured in her ear before nipping at the lobe.

Like a predator stalking his prey, Koba crawled toward them, his eyes full of heat and passion as he watched Brock press his fingers over her clit and rub in tight, fast circles that nearly sent her careening over the edge. Her orgasm raced toward her, speeding like a runaway locomotive, and Moira was helpless to stop it.

Just before she could take the leap, though, Brock’s hands vanished from between her legs, only to reappear once more at her breasts. Groaning in a combination of need and frustration, she grasped the rope in a white-knuckled grip and arched her back, rubbing against her mate like a cat in heat.

Firm lips wrapped around her clit and sucked, causing her to cry out and shudder violently. Koba didn’t stop there, though. His tongue darted out, flicking against the hard nub until she didn’t think her pulse would ever return to normal. Brock continued to touch and grope every inch of flesh he could reach while Koba moaned and lapped at her dripping cunt, his long, silky hair tickling the insides of her thighs.

Forcing her eyelids open, she peered down at Koba just in time to see him wrap his glistening lips around the tip of Brock’s dick where it jutted out beneath her body. A tidal wave of indescribable ecstasy slammed into her at the sight, and a long, strangled moan bubbled up through her parted lips.

Then Koba’s talented mouth was on her again, sucking at her pink folds like a starving man. When Brock insinuated a hand between their thighs so he could push two fingers into her aching pussy, it was too much for her to fight. Her inner walls gripped his digits like a vise as her climax slammed into her, rocking her body and tilting the world on its axis.

Koba nibbled along the inside of her thigh, sucking the flesh into his mouth and marking it. “Are you ready for more, kitten?”

In answer, Moira released the rope with one hand, grabbed the back of his head, and forced it back between her splayed thighs. Brock chuckled quietly, placing a light kiss on the side of her neck. “That’s my girl.”

His thick fingers pumped into her opening and pulled out to skim along her crease and circle the fluttering muscles of her back entrance. Over and over, he used her own juices to slick her back door, making certain of an easy, slippery glide before pushing in slowly with one finger.

“Breathe, baby. Just relax and breathe,” Brock coaxed as he sawed in and out of her hole, stretching her gently.

With Koba’s mouth alternating between her nipples and his fingers rubbing relentlessly at her swollen clitoris, Moira was so swamped in pleasure that she barely felt the burn, though. A second finger was added, and after a few moments, a third. The pressure was intense, but not unbearably so, especially when Koba changed tactics, slipping two fingers into her eager cunt.

“Please!” she begged in a voice she was sure had never escaped her lips before.

The short clicking sound drew her attention, and her eyes snapped open to investigate. Where Koba had found the small bottle of clear lube, she didn’t know, but she was very interested to see what he would do with it. Pouring a generous amount into his palm, he tossed the plastic tube aside and reached beneath her to coat Brock’s rock-hard dick.

Brock reclined a bit more and lifted her from his lap by her hips. He didn’t let her go far, though. “Deep breath, Mo. Just tell me if I need to stop.” 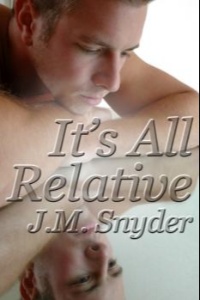 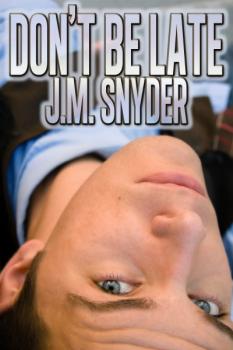