Isabeau Fallon, the Fallen Star is one of the finest thieves on Dyson's Ring station--until she's caught by the Skeldhi hunter, Sobehk. Trapped and altered into a Skeldhi-human hybrid sex-pet known as a rehkyt, her past is a closed door--until it literally comes back to haunt her in the form of E'sey Khan. Khan is a Skeldhi Lord Officer intent on taking Fallon, who is actually the Moribund Company's prize code-cracker, away from Sobehk, the one man he ever loved, and making her his very own.

Seemingly random accidents and hidden programs converge to prove that there is more going on than the capture of a not-so-simple thief. There is a conspiracy afoot...and the small thief from Dyson's Ring station is in it up to her collared throat.

More From Interstellar Service and Discipline

Fallon stared up at the deeply shadowed towering steel walls of the alley’s dead end and ground her teeth. The door that was supposed to be at the end of this alley was nowhere to be found. “Damn it all, this isn’t where I’m supposed to be!”

Most of the lights in the station’s industrial deeps had gone out or been shot out, so it was hard to see as a rule, even with her night-sight eye augmentations. The worst part was that everything down in this steel maze of pipes and installations looked pretty damned uniform, right down to the corrosion stains. There was no telling how far off course she actually was.

She needed directions and fast.

In three steps, she reached the steel wall of the alley and a long pipe with a faded and peeling telecommunications logo. She lifted her knee and selected a slender tap from the array of small, delicate tools tucked into the battered leather of her tall boots. A swift punch with another one of her tools broke the pipe’s casing and then it was just a matter of uncoiling her hotwire, jacking the tap into the communications wires, and shoving her wire into the data port at the base of her skull.

Her internal communications program spat code into the wire.

She looked down at the grimy steel floor, sweeping a gloved hand down her black skin suit. She cringed in disgust. The suit was smeared with filth and the seams were torn in a number of places. All the pipes she had crawled through and the roofs she had nearly fallen from to avoid her pursuer had really taken a toll on the once-sleek leather. It was going to cost a fortune to replace the damned thing, but she didn’t have much of a choice. She needed it for work.

“Station Master, spit it out and make it quick.” The voice was electronic and annoyed.

She grinned. “Hey, Peter, this is the Fallen Star.”

“Izzie! Where in fury have you been, wench?”

She rolled her eyes and shook her head. “I miss you, too, but right now, I’m in a jam. I need directions and quick.”

“Standing by.” A trickle of white noise was introduced over the line. Fallon nodded. “Receiving download; thanks, Peter.”

“Hey, no problem. You still playing pixie for the bad guys?”

Fallon sighed. “Got to make a living somehow.” She stomped her feet to break the mud off her tall boots. They were crusted with muck to the knees. She didn’t even want to think about what was snarled in her cropped shoulder-length black hair. Bloody Fate, I need a bath…

“You could always come down to Never-land and play pixie for me…?” The pout carried crystal clear over the connection.

Fallon shrugged. “I love you, Peter, but I can’t live hardwired to a couch like you do. I’ve got a fully functional body. I’d like to use it.”

“Fine, be that way, but you could visit. In fact, you should visit. You’re way overdue for a bug hunt. God only knows what’s been dropped into your head between pirate ships.”

Fallon winced. He had a point. She probably needed a thorough cleaning. “That’s not a bad idea. Are any of the other lostlings down there?”

There was a heavy electronic sigh. “They’re all outside. Come down and play with me, Izzie.”

“Tell you what, as soon as I lose the guy currently on my tail, I’ll drop by for a long visit.”

“Who’s tailing you?” The electronic voice was threaded with anger. “I told you not to play with the bad guys!”

“Fangs, pointy ears, weird eyes and perverted as all get out?”

Fallon frowned. That was exactly what was tailing her. “Yeah…”

“Now, Izzie, I’m serious. The Imperium pays those guys to take criminals, and the Fallen Star is high on the criminal collection list!”

Fallon winced. “Yeah, well, being a good professional thief has its disadvantages…”

“Izzie, if they get you, you are not coming back!”

Fallon snorted. “Relax, Peter, there isn’t any place I can’t break out of—”

“Izzie! I’m not playing here! If they get you, you won’t come back, because you won’t want to come back, you’ll want to stay with them!”

Fallon rolled her eyes. “Peter, you know nothing can hold me.”

“Izzie, I mean it, get down here! Don’t make me use the codes to get you down here.”

She gasped. He was actually threatening her with the command codes? “Peter!”

“Okay, okay, Peter, I’ll come home, but I don’t want him following me down, so let me lose him first.”

“Don’t bother, let him follow, I’ll take care of him. Follow the map and get your little ass down here right now.”

She sighed. Damned nanny. You’d think she was still a skinny ten-year-old with scraped knees running through drainpipes from the bigger kids. “Okay, Peter, I’m on my way.”

Fallon rolled up her wire and tucked the tap back into her boot while scanning the information she’d just downloaded. She wasn’t anywhere near where she was supposed to be. She groaned. Piss… She hadn’t thought she had drifted that far off course. She was going to have to backtrack. 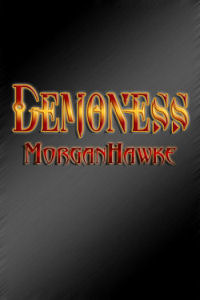 I Would Love a Few Toy Soldiers
Trinity Blacio (RAB)
In Shelf
$0.99
Tweets by
sirenbookstrand