If you missed the Melting Ice books, here is your chance to catch up with some of the hottest selling male/male romance that ever hit the market. These books were phenomenal best sellers for D.J. Manly; and that was due to one simple fact: Melting Ice had it all.
Take two hot men on opposite sides of the law, put them together in a confined place, and watch the sparks fly.
Watch these guys fall helplessly in love and lust with the last guy on earth they ever thought they would and  wait for the satisfying, happy after ever ending. 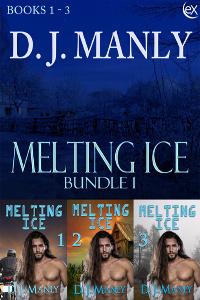 A young cop, in the closet and isolated, is transferred to the bikers’ squad, where he is betrayed by a higher-ranking officer. When Brian Fuller finds himself in the middle of a field surrounded by a group of notorious outlaw bikers, he is in for the fight of his life.

He wakes up battered and bruised, only to discover that he is the hostage of the gang’s leader, the infamous, brutally handsome Ice. At first, Brian doesn’t understand why he is still alive. It turns out that the man who murdered Ice’s family is the same one who left Brian for dead... and Ice intends on trading Brian’s life to get him as soon as Brian is strong enough. In the meantime, while Ice waits for Brian to heal, a raging sexual heat between them begins to fuel.

Mario De Luca is a former biker and the key witness in a trial that will put a mobster away for a very long time... if he makes it to testify.

FBI agent Thomas Petrie was looking for excitement and danger, but his very first assignment has him on ‘babysitting duty.’ Thomas is not very happy having to spend his every waking hour with De Luca in an isolated cabin, especially since he won’t stop coming on to him. All he wants is to complete his assignment and move on. But Mario is proving to be quite a distraction.

Mario De Luca is a former biker and the key witness in a trial that will put a mobster away for a very long time... if he makes it to testify.

New York City Detective Andre Dubois is after a drug dealer who just happens to be the same ‘phantom’ the FBI wants for suspected terrorist activities. And when Andre gets too close, he is immediately slated for protective custody.

Agent Wayne Connelly is assigned to guard Detective Dubois, who happens to be the most arrogant and promiscuous man he’s ever met. The fact that Dubois is just too good looking, and knows it, doesn’t improve Wayne’s mood in the least.

Dubois doesn’t want to be taken out into the woods for safekeeping with a man he thinks is the most anal-retentive person he’s ever met. But there’s a lot Andre doesn’t know about him… 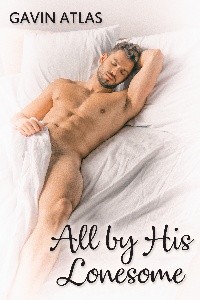 One Night in London (MM)
K.S. Murphy, Shelly Greene, K.L. Noone
In Shelf
$5.99
Tweets by
sirenbookstrand