When the men arrived on the lower floor, Memphis and her friends were on the dance floor. Some guy was dancing with Memphis and from what they could see, he was trying to get a little handsy with her, but she was fending him off.

Viper watched for all of two seconds before making his way through the crowded dance floor. People moved out of his way since he towered over them.

Memphis shoved the asshole’s hands off her once more and was turning to leave as a big bouncer suddenly appeared and took the guy away. She was stopped by some other guy grabbing her arm. He was rather creepy looking.

“Let me go,” she told him over the loud music.

“You heard the lady. Let her go or I will make you,” Viper told the young punk.

The guy took one look at Viper and let go of Memphis before he disappeared into the crowd.

Memphis turned to her savior, and her mouth about fell open.

“Care to dance?” Viper asked, holding out his hand.

Memphis thought she was going to faint when she saw the gorgeous hunk standing there. His steel gray eyes were rather intense. He was really big, and powerfully built with muscles to spare. He made her feel small as she gazed up at him. Her insides felt like jelly as she smiled up at him and took his hand. Heat raced through her hand, up her arm, and through her body then seemed to settle in her core, making her clit pulse as he drew her in.

Jesus, the man smelled damn good. She wanted to run her hands over those hard muscles and lick the tattoo she could see that ran from the side of his neck down into his black button-up shirt. She wanted to taste those sensual lips and run her finger through his short black hair. She was discovering that she had a thing for sexy older men since she came home. She thought most guys her age were immature pricks. Like her ex, Kevin.

Viper pulled her into his arms, wrapping them around her, holding her close. He could feel her breasts pressed up against him, and it made his dick very happy. She was a tall girl, but she still only reached his chest.

Viper thought Memphis was even more stunning close up, and she felt damn good in his arms.

He placed a leg between hers and before he knew it, she was riding it, moving her body like a little kitten all over him as she danced. Hell, he had just met her, and he wanted to throw her little ass over his shoulder and carry her out of there to take her someplace where they could be alone.

Memphis was going up in flames she just knew it. She could feel the large bulge pressing against her. She couldn’t seem to stop rubbing on this guy. She wanted to climb him and beg him to take her home where he could take care of this burning need that he had lit in her. She couldn’t even blame the way she was feeling on alcohol because she had only taken a sip before the girls dragged her to the dance floor.

For such a big man he danced with ease, and she loved being in his arms. There was something about him that made her feel very feminine.

By the time the song ended she was panting, and her panties were damp. When she glanced up at Tall, Dark and oh so Handsome, she saw the desire in his eyes, as well. She wasn’t ready to let him go just yet. She didn’t even know his name, but she felt safe with him for some reason.

“Come have a drink with me,” she asked.

“My pleasure,” he told her. Then he took her by the hand as he walked her through the crowd that parted like the Red Sea before him.

With one hard look from Viper, no one dared to approach Memphis as he led her back to the table. He stopped and spoke to one of the waitresses, but Memphis didn’t hear what he told her because she was too busy staring at his fine ass encased in those jeans.

Memphis took a seat with her new large sexy friend beside her with him pressed up against her.

“Viper,” he replied and kissed her hand.

Jesus, the man even had a sexy voice. The butterflies were back, and she had to move her legs to ease the discomfort between her legs.

His eyes sparkled with mischief, and the corner of his mouth quirked up at the corner. “I might just let you see all of it later if you are a good girl.”

She bit her lip and actually whimpered at the thought of seeing all of this man. What the hell was wrong with her? She had met hundreds of men yet none of them had ever made her feel like this before. Well except for Aero, Luther, Bullet, and Dutch.

“Hey, you wouldn’t by any chance be the same Viper who owns the tattoo shop I saw in town the other day, would you?” Memphis asked.

“That would be me. Are you interested in a tattoo?” he asked.

Memphis laughed. “I have never given it much thought before to tell you the truth, but if I decided to get one what would you recommend.”

Viper looked her over with a dark gleam in his eyes. “I would design something special for you.”

Using his thumbs, Dutch spread her pussy lips then dipped his tongue inside, tasting her sweet dew before moving back up to her clit, making her squirm. It wasn’t long before she came quivering, quaking, and moaning with pleasure.

“Damn, you are beautiful when you come,” Luther told her against her lips. A slow grin spread across her face.

“Are you sure?” Dutch asked her.

“Yes, I have given it a lot of thought, and I want to try it,” she replied. What she hadn’t told them was she had been thinking about it since Viper had mentioned it, she had also looked it up online and read all about it. The thought of them both filling her at the same time excited her.

“We will take it slow and easy,” Luther said while moving away to take his clothes off.

Dutch stripped off his jeans. Then he tossed the pillows so he could sit down on the couch beside her.

“Come here and climb up on me.”

Memphis scrambled to straddle Dutch. He held her hip with one hand and fisted his cock with the other as she positioned herself over him.

“Slow, Memphis. I want to watch you take me into your sweet little pussy,” Dutch said.

Liquid heat coated her folds in anticipation as she slowly lowered herself over the mushroom head of his large cock, impaling herself with a moan.

Memphis loved the way he stretched her, filled her to overflowing. She bit her bottom lip when he was all the way in. She slowly lifted up while moving her hips and then she sank back down, riding him.

“Feed me your breasts, sweetheart.”

Memphis cupped her breasts and lifted them to Dutch’s mouth as she continued her sensual ride. Dutch greedily sucked a nipple into his mouth, and he felt her pussy squeezing and caressing his cock.

When she tightened around him and moaned louder, Dutch pulled back to see Luther behind her. Whatever he was doing to her, she liked it and so did he with the way she was gripping him.

“Are you going to let me take you here,” Luther asked Memphis as he rubbed his fingers over her tight little ass. “We will take it slow, but I promise you are going to like it.”

Memphis was panting as Luther gripped her butt cheek and rubbed his lube-coated fingers over her ass, teasing her, igniting her every nerve. He slid one finger in, coating her with lube before pulling his finger out and replacing it with the head of his cock. She was so ready for him as he pushed into her.

“Easy, sweetheart. Push back for me. Yes, just like that,” Luther said with a strain in his voice.

Memphis felt him slide past the tight ring. Then he stopped to let her adjust to him being there. Memphis breathed her way past the burning, and then she felt Luther slowly fill her until he was all the way in. All three of them groaned, and together Luther and Dutch both slowly began to move. Memphis shut her eyes, drowning in the feel of both of them moving inside her.

“Damn,” she heard someone say and opened her eyes. Behind the couch watching them stood Aero, Dice, Viper, and Bullet.

“I like coming home to this,” one of the guys said, and the others agreed.

There was something exciting about the other men watching her as Dutch and Luther took her that sent a thrill through Memphis.

Dice was already taking his clothes off, and he moved up beside her, holding his hard cock. Memphis’s mouth watered as she gave him a wicked grin then licked the head, tasting the pearly drop that had gathered there before wrapping her lips around him then taking him in her mouth. With a low growl Dice wove his fingers through her hair, guiding her up and down his cock. His hips bucked with their own accord as she sucked him deep.

“I can’t hold back. She is so fucking tight,” Luther said, gripping her hips tighter.

Memphis felt Luther tense. Then he was moving faster, making her moan. Dutch’s and Luther’s cocks seemed to get even bigger as their thrusts quickened. Memphis felt that exquisite heat building. Dice growled and held her as he came. Memphis swallowed all he had to give, and then she pulled off of him and said, “Oh God.” Dice fell back on the couch as she shattered, bringing Dutch and Luther along with her.

Her body was still trembling in the aftermath as Luther gently pulled out and Dutch lifted her off of him after giving her a sweet kiss. Aero wasted no time picking her up and carrying her up the stairs. 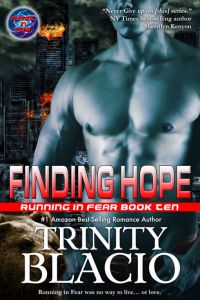