Soldiers of Pearl 6: A Touch of Fear (MFMMM)

Soldiers of Pearl 6: A Touch of Fear (MFMMM)

More From Soldiers of Pearl

Soldiers of Pearl 7: Guardians of Angels (MFMMM)
Dixie Lynn Dwyer
In Shelf
$4.50
All Books In Cart
All Books In Bookshelf
Excerpt

Bandit held her hand as Logan kept his palm against her lower back while they walked down Main Street through town.

Neither said a word, and she felt both nervous and anxious to come up with something to say. What had she done or said wrong?

As they approached the truck, Logan stopped her. His hand went to her waist and then glided up to her cheek before he stared down into her eyes. Bandit was right there too, his hand still holding hers.

“What you said at the dinner table was so true. No one ever understands what we go through, or how our profession affects us, yet you seemed to. I enjoyed being with you tonight, Maggie.”

“We both did,” Bandit whispered, squeezing her hand gently.

“I did too,” she replied softly, but then Logan lowered his mouth to hers and kissed her.

She closed her eyes and relished the effect it had on her, but then it turned ugly. She panicked. With Bandit holding her hand, she felt restricted, trapped. Then Logan’s hands clutched her cheeks, and he began to deepen the kiss and press his tongue deeper. He moved one hand away from her cheek and drew her closer, and when he nearly cupped her breast, she pushed him back. She stepped from their hold and turned away from them.

She covered her mouth with her hand. “I’m sorry. Take me home please. This isn’t going to work.”

She wouldn’t expand on why she’d pulled away, only that she wanted to go home and that she was sorry for ruining the evening. It didn’t sit right with Bandit, and he knew Logan was upset. They were all feeling the attraction. They both wanted to get to know her better and knew that Breaker and Stack would want her, too, if they just let their guard down. But it seemed that Maggie was afraid of something, and Bandit didn’t like where his mind and his gut were headed with it.

But he knew one thing for certain. He was going to see Maggie again and try to make her feel more comfortable instead of fearful. He had to.

“Let us walk you to your door,” Logan said to Maggie as they pulled into her driveway.

Bandit didn’t move. Logan locked gazes with him, and then Maggie looked scared.

“What happened? Do we scare you?” Bandit asked.

She ran her hand over her mouth and then clasped her hands together.

“Bandit, Logan, it’s not either of you. It’s me. You were both so wonderful, and I enjoyed the evening. I really did.”

Logan covered her hands with one of his and turned toward her.

She sealed her lips, and her eyes welled up with tears. “I’m sorry, Logan. I think it’s better that I don’t answer that and we just move on. Bandit, please open the door so I can get out.”

Logan knew he couldn’t push. As much as he wanted to, he realized that he needed to wait it out.

Bandit helped her down and held her in his arms, lowering her slowly. He kissed her cheek, and Logan saw her grip his arms in a fearful manner. She was scared. Almost deathly afraid. He’d seen such behavior before, and then it hit him.

Bandit watched her go into her house, and then he got into the truck and ran his fingers through his hair. “How the fuck did that go so wrong? She’s perfect for us. For all of us.”

Logan put the truck in reverse, slowly crept out of her driveway, and then shifted gears and headed out of the development.

“Think about her reaction, about when she pulled away and about how shy she has been around us, around men,” Logan said.

Meanwhile his own head was spinning with reasons for her behavior. He couldn’t help his gut instinct.

“We’re big men. I know that’s intimidating to a petite, young woman like her, but still, she was kissing you back. We were enjoying one another’s company.”

“Remember what Karl and the guys said about her not dating and how shy she is and that they felt like someone had hurt her in her past but they didn’t know? Put it together. She seems so fearful around men, around us. Could be a man hurt her.”

Bandit clenched his teeth and then started breathing through his nose.

“You really think that?”

“It has to be. Why else would she react to a perfectly good kiss, a meaningful kiss where we shared the attraction? She tightened up when I kissed her, and when I ran my palm along her hip and ribs then to her breast, she freaked out.”

“Seriously, Bandit, she was shaking, and she freaked out and said this wouldn’t work.”

“So what do we do? Respect her wishes and not contact her or try to go out on another date?”

“No way. I like her. Hell, I’ve never felt this way with another woman, so I think it’s special. But she needs slow, even if it fucking kills us.”

They were both quiet a moment, and then Bandit spoke.

“And what about Stack and Breaker? Do we tell them about tonight and what we think might be going on?”

“Hell yeah, because if you and I are right, and they both are interested in Maggie, it just might take four of us to prove to her that this is real. That we would never hurt her or scare her in any way.”

“I want that. I’m ready for this commitment. For Maggie.”

Logan nodded. He was the leader of this team, and they shared everything and did everything together. The last thing they needed right now was for Stack or Breaker to act as if they didn’t care when they truly did. It could take all four of them to find out why Maggie was so scared and holding back. She was worth it. He’d known that the moment she talked to them about her art, about paintings, and being a teacher.

Bandit couldn’t resist touching her as he placed his hands on her hips and squeezed her to him. When she ran her palms up and down his chest, he felt his cock grow thick and hard. “Undress me, Maggie. I’m all yours to do as you please and desire.” Her fingers stopped moving. He panicked wondering if he’d said something wrong, and then she stared at him.

“Are you certain I can do anything I please with you?” And then she smiled.

The relief that hit his chest made him realize how intense he felt. He was shaking as much as she was.

“Anything, baby. You can strip me naked and have your wicked way with me, and I won’t even touch you without your permission.”

Her eyes widened, and even he was shocked at his words.

“I think I like this side of you, Bandit.” She undid his shirt and pressed it away from his chest, and it fell to the floor.

When Maggie leaned closer and licked along his nipples, he closed his eyes and willed his hands to not squeeze her to him.

But as she gripped his arms and continued to lick his skin, she tightened up a moment. Bandit opened his eyes and saw that Logan was kissing Maggie’s neck.

“Don’t mind me. I’m just getting a better look at this sexy, firm round ass of yours.”

He pressed her panties down, and Maggie held on to Bandit tightly.

“So sexy,” Breaker said and trailed a finger along her breast and nipple.

She closed her eyes, and Bandit remained still as she gripped his arms. Her fingers dug into his skin and muscles, but he didn’t care. He wanted her to feel safe and to let go with them. He would never let her feel pain again. They would never hurt her.

She gasped as Breaker began to caress lower, down her belly to her cunt. “Breaker.”

Her voice cracked as she said his name.

“That’s right, Maggie. It’s me. It’s your men touching you. No one else,” Breaker told her as he took his time.

“No one but the four of us ever again,” Bandit added, and she looked at him with tears in her eyes.

“Easy, baby. Just feel. Let us love you,” Logan whispered as he suckled the skin of her neck.

“Let us pleasure you and get this body used to the four of us touching you, loving you,” Stack told her and began to caress her hair.

She tilted her head up toward him and gasped, realizing that Stack was naked, as were the others. Then Breaker pressed a finger to her pussy, and she gripped Bandit and opened her mouth as tears filled her eyes.

“Ours. You’re going to be all ours,” Stack said and then leaned forward and kissed her.

They worked together to caress, kiss, and help her to relax her body.

Stack released her lips and lowered to the floor. He cupped her breast and then licked the tip, making her moan.

Bandit watched Logan smooth his palm up and down her neck and clavicle then over the front to her breast. He moved so slowly, so empathically, that Maggie loosened her hold on Bandit. He didn’t mind one bit, being her rock, the one solid person to hold on to as she fought her demons and allowed him and his team to touch her and love her. It made their bond and connections stronger. He knew that, and he wanted nothing for himself at this moment, only for Maggie and for his team.

“Oh God, what is that? Oh God, Breaker, please.” She began to rock her hips as Breaker stroked her cunt faster and faster.

“It feels good, doesn’t it, baby? This is how a man’s touch should be. You’re meant for us. We’re all going to be one,” Breaker told her.

Stack suckled her breast harder and pulled as Logan pinched her nipple.

“Come for us. Give us that orgasm. Let go, Maggie. Let it all go, and we’ll catch you,” Bandit demanded, and she cried out her orgasm and hugged Bandit tightly as the others kissed her skin and caressed her body. Bandit caught her in his arms and lifted her up to carry her to the bed. He laid her down and gently caressed her skin. She was still panting and looked so aroused, even though tears streaked her cheeks.

“Are you okay, sweetness?” Breaker asked her as he clutched her chin and smiled down at her.

She smiled back. “Perfect. Being with the four of you is perfect.” 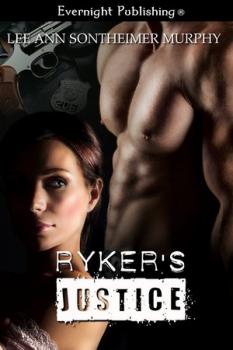 In the Line of Fire (MFMMM)
Dixie Lynn Dwyer
$0.99
Less than 3 days left
Tweets by
sirenbookstrand