The Shifters of Hidden Falls, Texas 4

Darlene Epperson’s sister, Dixie, has once again gone head-over-heels for a man she barely knows. But this time, it’s worse. This time, she’s gone gaga over not one man, but two. It’s Darlene off to the rescue again!

Dixie has fixed her sights on shifter cowboys, Weston Flynn and Kel Turner. Tired of waiting for their intended mate to come into their lives, Kel’s hell-bent on making Dixie their mate. Weston? Not so much, but how else is he going to share a woman with his best buddy?

When Darlene comes into town determined to take her sister home, the men realize the mystical bond that brings mates together called the connection has finally happened to them. They wanted Darlene, not her sister. But being a man of his word, Kel is trapped after proposing to Dixie. Can they convince Darlene to break her sister’s heart?

The Shifters of Hidden Falls, Texas 4

Darlene’s hand was on the door handle when the sound of a growl then a shout startled her. She turned, falling against the wall.

A huge man with thick dark brown hair and built like a hundred-year-old oak tree had Bob slammed to the floor. Bob, his lips pulled back in a snarl, gripped the man’s boot, which was firmly planted on his neck.

“Bob,” said the man in a thoroughly patient-sounding voice, “I didn’t like what you were about to do.” He glanced at Darlene then back to Bob. “And I don’t think the lady would’ve liked it, either.”

“Get the fuck off me, man.” Bob did his best to get free, but he was held solidly against the floor. The other man didn’t appear to notice his struggles.

“Not until you apologize to the lady.”

“What the fuck for? I didn’t touch her.”

She drew in a ragged breath, suddenly aware of how difficult breathing seemed to be. Her body tingled. No, it sizzled, as though she’d been struck by lightning. Heat burned between her legs, and an overwhelming need to be spread-eagled blindsided her. She was turned on, more than she’d ever been turned on before.

What the fuck is happening?

Darlene gaped at the man. Not only her mind but her voice had escaped her.

He was tall, broadly built, with muscles that didn’t stop. Although he was dressed as most men in town were, in jeans, a cotton shirt, and worn boots, he gave her the impression of being regal. A king among kings.

Yet the strange sensation burning inside her was more than physical. Understanding what the feeling was went beyond her. She wanted the big man. She wanted him right then, and confusing her even more, she recognized, even without understanding fully, that she wanted him for the rest of her life.

At last, she found her voice. “What do you think he did? Other than being obnoxious at the bar, that is.” Her voice sounded weird, as though part of it had been taken from her, leaving it sounding breathy and small.

The big man’s dark eyes met hers. She sucked in a breath, caught unprepared to see amber flecks in the dark depths. But the question of where the amber had come from was wiped away by his next words.

“Bob has a very bad habit of biting women.” His voice was deep, almost guttural, as though he, too, was having a rough time speaking. His gaze swept over her, making her feel vulnerable and naked. And liking every second of it.

She blinked, certain she’d heard him wrong. “I’m sorry? Did you say he likes to bite women?”

“I wasn’t going to do anything,” croaked Bob, whose face was now starting to turn an uncomfortable-looking purple.

The man lifted an eyebrow. “Give me a break. We both know that’s a load of crap.”

“Weston, I don’t blame you for what you’re doing, but you might want to take your boot off Bob before you kill him. I don’t think his family would like it much if you did.”

The bartender stood at the end of the hallway and leaned against the wall. He didn’t look like what he was seeing bothered him in the slightest. In fact, he seemed to take it all in stride as though it was a normal Wednesday night occurrence.

Weston let out a grunt. “Seems like all the nutcases are in town right now. Bob, Jumson. Even Harvey’s out of his cave.”

Harvey’s out of his cave? What the hell does that mean? I hope I don’t run into him, too.

“Yeah, and some regular folks are passing though, too. I wouldn’t mind them except that most of them don’t seem to drink much.”

“What gives?” asked Weston, his attention still focused on Bob.

She looked to the bartender for confirmation. “He said Bob was going to bite me.” It was both a statement and a question.

“Well, it wouldn’t surprise me much. Bob does like to bite,” confirmed the bartender.

What was with the people in Hidden Falls? She shook her head, trying to clear it back to sanity.

“Fine, Pete. But his biting days have to be over.”

“I agree.” Pete sauntered over, waited for Weston to life his foot from Bob’s neck, then grabbed the man’s arm and hauled him to his feet. Bob coughed and sputtered, clutching his throat. “Bob, consider yourself banned from the bar.”

Weston laughed, the sound rich and full of life. “Bob, you beat all, you know it? Now you’re telling the owner of the bar that he can’t make his own rules. Good one, man.”

Pete grinned and started tugging a complaining Bob back down the hallway. “Take it easy, Weston.” He glanced over his shoulder at Darlene. “I’m sorry for the trouble, miss.”

She followed Pete’s and Bob’s departure as they disappeared into the main area of the bar. At once, she felt their absence as Weston stepped closer.

She thrilled at the description. Wasn’t it always better when a man called you “beautiful” instead of “hot”? Not that “hot” was bad, of course, but “beautiful” somehow meant more, seemed more intimate. The strange vibration whipping through her rose impossibly higher. If she didn’t get relief soon, she’d instantaneously combust.

Is that a thing?

Let me find out.

Mimicking, she took his face in her hands and tugged his mouth to hers. If lips could burn, hers would be scorching. She moaned as his hands slid down her back to cup her butt. He squeezed then gave her a moan of his own.

She’d never meant those words more than she meant them now. If only she could say them out loud.

Holding her against him, he used his back to push against the bathroom door. They stumbled into the small room, and before she knew it, her butt was against the sink.

He nibbled at her lips, tugging then releasing to slide his tongue inside her mouth. Perched on the edge of the sink, she followed his urging to wrap her legs around his waist. Her dress slipped up to her thighs, opening her up to him.

Another moan, a deeper sound, erupted from him. Finding the waistline of her panties, he tugged, easily pulling the flimsy fabric away from her skin. She gasped, breaking the kiss, then pushed his head lower to her breasts. The straps of her sundress fell uselessly down her shoulders, exposing her to him.

“Damn,” he muttered, but it was a good kind of “damn” if she’d ever heard one.

She couldn’t give him verbal permission. Her mind had gone haywire, letting her body take over. What happened to her mind whenever she was around him? Yet, she didn’t care. Instead, she arched her back, offering her tits to him. He took a nipple into his mouth and the other breast in his hand.

She reached for his belt and buckle and almost cried in joy when she found them undone, the flaps of his jeans already pulled apart. How and when he’d managed to do it didn’t matter.

She could feel it, all right. His strong, hard cock pushed at her pussy folds. Whimpering with need, she found his length and wrapped her hand around it.

Yet instead of pushing inside her, he eased back, his gaze once more meeting hers. “Uh-uh. Not yet, baby.” He shot her a wicked grin then lowered his body until his head and not his cock was between her legs.

“Oh, shit, double shit,” she murmured. Then what little function her brain still had was gone as he spread her folds wide and put his mouth against her.

His tongue swept over her clit, taking the low thrum to a high-paced throbbing. Over and over, he licked her then sucked her clit until she had to grit her teeth to keep from screaming. Her body trembled. Her mind raced with formless thoughts. The sensations running through her were in total command. With her legs as wide apart as she could get them, she grabbed onto his shoulders and held on for the ride.

He was an expert with his tongue and mouth. His teeth tugged at her aching clit, demanding the growing orgasm get bigger. The noises he made as he sucked on her juices nearly put her over the edge.

At last, she couldn’t take any more.

“Please. Fuck me.” The edge of a growl dropped her voice to a lower pitch.

He chuckled, straightened up, and started to wipe his mouth with the back of his hand.

“No.” She snagged his hand before he could wipe away her juices then eased closer and slid her tongue over his lips. Her sweet juices were wonderful, but she needed more. So much more. Leaning back again, she lowered her gaze.

He was hung, pure and simple. Thick and purple-veined, his huge cock curved enticingly toward her. His hand, wrapped around his length, didn’t diminish the size of him.

Had his eyes been so light before? Or was it the amber color?

“Then have me,” she answered.

Digging his fingers into the back of her hair, he held her still then slammed his cock inside her. She sucked in a hard breath as he filled her completely, even to the point of bringing a little pain.

Taking hold of her hips, he plunged his cock into her again and again, each time a little harder than before. Her pants became an accompaniment to his song. She did her best to thrust back, but the best she could do was to tighten her pussy walls around him.

He closed his eyes, a look of intense concentration on his face. She studied him, liking the stubble on his jawline, the twitch of a muscle as he gritted his teeth.

“Damn, you’re tight. So sweet and tight,” he whispered.

The strange feeling washed over her, stronger than ever before. She’d never felt anything like it and wondered if she’d ever feel it again. What if the sensations channeling through her were only with him?

Was the connection Lilly had spoken of actually real? Could magic really happen between a man and a woman, fated to be together? At that moment, she could believe in magic.

She groaned when he took his cock out of her.

“Don’t worry, baby.” Lifting her easily, he put her on her feet. His huge hand wrapped around her throat as he then turned her to face the mirror. “I want you to watch me fuck you.” 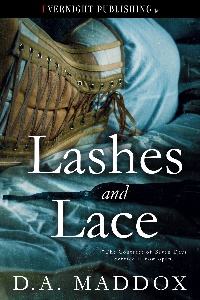 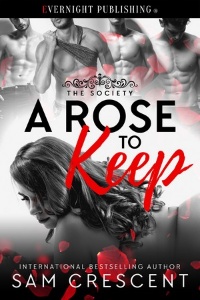 A Rose to Keep (MFMMM)
Sam Crescent
In Shelf
$4.99
Tweets by
sirenbookstrand