The Shifters of Hidden Falls, Texas 5

Laura-Leigh “Lala” Jackson doesn’t know what’s happening to her body. Some “thing” inside her is trying to take over. But when she gets caught sporting fangs and fur, she realizes she’s in danger. A shifter hunter is hell bent on making her his pet.

Dan Donovan has been in love with Lala since the fourth grade. He wonders if now is the time to tell her. But if she doesn’t love him back, will he lose her forever? Until he can declare his love, he has to keep her safe. Not only from a man stalking her, but from werewolf cowboy, Garrett Kent.

Garrett doesn’t give a damn what Dan wants. But if it means having his mate in his life, he’s ready to share her, even with the irritating human. Now if only they can keep her alive long enough for her to say meow.

The Shifters of Hidden Falls, Texas 5

Guilt swamped Lala. She wanted to tell Danny and Garrett the truth but couldn’t. Even if they believed her—and she was certain they wouldn’t— what did she expect them to do? Cure her?

How am I supposed to tell them what’s happening with me when I don’t understand it myself?

The changes going through her, the frightening transformations that were getting more frequent and stronger, didn’t make any sense. How was she changing? Why was she changing? Could she stop what was happening to her, or was she helpless to do more than simply let it happen? Were the dreams she was having where she saw herself changing into some kind of animal part of it?

Then, to add to her confusion, she’d kissed Garrett, something she’d been dying to do from the first minute she’d seen him.

What was it about him that was driving her crazy? Yesterday, she’d felt compelled to go with him. Had, in fact, been thrilled beyond reason when he’d insisted they come with him to his ranch. Even now—especially now—she felt a wild kind of need, a yearning, a lust down deep in her soul pulling her to him. Not only did she want him physically as any sane woman would—after all, he was drop-dead gorgeous with a muscled body, dark hair and eyes, and a killer jaw— she wanted to know him, to understand him, to be by his side for as long as she lived.

Strangely, it was the same type of feeling she’d been experiencing with Danny lately. The feeling that had turned her friendship with him upside down. How could she want two men so much? She’d never been in a relationship with more than one man before. Had, in fact, never even dreamed of having more than one man. Wasn’t one man enough? Did any woman deserve more than one man to love her?

But I want both of them.

The realization stunned and excited her. Could she have both men? Was it even a possibility? If so, she’d be the happiest woman alive.

Still, she had more pressing matters to worry about than becoming involved with two men. She had to figure out her problems before letting her dreams go wild.

She shoved her plate back, determined to keep from letting her tears go. If she did, she’d start crying, and she wasn’t sure she’d be able to stop. “Then we’re okay? Danny and I can stay?”

Garrett’s dark eyes brightened. She would’ve sworn he was happy to hear her ask.

“Darlin’, you can stay as long as you want. Forever, if you want.”

She didn’t miss the unspoken implication. She could stay, but he hadn’t said Danny could. “Thank you. Seriously, I don’t know what we would’ve done without you.” She’d put a little emphasis on the word we, letting Garrett know she and Danny were together, whether they stayed or left.

“Again, don’t mention it. I’m just glad I was there. Who knows what might’ve happened otherwise.”

He was taking a dig at Danny, but she let it pass and hoped Danny would do the same. The men would have to learn to get along with each other. In the meantime, she wanted to make sure she wasn’t seen as simply a guest. “I can help out around the house. You know, do a little cleaning. Maybe even a little cooking, although I don’t promise the food will be good.” She didn’t want to insult him, but the house could use a woman’s touch. Not to mention a good dusting and vacuuming. Providing, of course, he even owned a vacuum.

“And I can help out around the ranch,” added Danny. “Since I’m staying, I want to lend a hand, too.”

“Have you ever worked on a ranch?” asked a very doubtful-looking Garrett.

The muscle in Danny’s jaw twitched. “I’m sure I can figure things out.”

She figured Garrett was doing his best to be nice. He could’ve said a lot more. “Okay, then it’s settled. I’ll handle the housekeeping, and you two can do”—she stalled, realizing she didn’t know much about ranch life—“whatever ranchers do.”

Garrett got to his feet. “Fine. You make a list, and I’ll call a friend in town to bring some groceries out here.” He stalked toward the kitchen door leading out to the back, snagged a cowboy hat off the hat rack, then turned back to point a finger at Danny. “And you? Don’t go blaming me when a horse kicks you in the nuts. Let’s go. Daylight’s a-burnin’.”

She gave Danny an imploring look, silently begging him to not let Garrett get to him. Then, promising herself she’d tell them the truth soon, she began gathering the kitchen dishes.

I’m staying. For now, that’s all that matters.

This was what she’d been waiting for. Her life had been leading to this moment in time. If she could have, she would’ve frozen time and kept them together forever.

Garrett’s tongue was as talented as Dan’s. He kissed her breast then gave her a quick kiss on the mouth, capturing her breath, but then moved away quickly to kiss her other breast. His fingers were weapons of delight as they pinched and tugged on her nipples, bringing her yet another kind of wonderful pain.

Dan ate at her, his mouth pressed against her flesh as his tongue flashed over her clit again and again. She let out a soft cry when he added two fingers to her pussy, working them like scissors, searching for her sweet spot.

“Oh. Oh.” She squirmed, pleasure toying with pain. “Danny. Dan, please. I need to have you inside me.”

He lifted up and wiped her juices from his mouth with his forearm. “I thought you’d never ask.”

“Who says I’m asking?” She took hold of Garrett’s hair and tugged him away from her breasts. Reaching out, she could almost touch Dan but fell just short. Still, he knew her intent. He got on his knees and tugged her toward him.

“Hey, now, don’t forget it’s three of us here.” Garrett gave her a quick kiss then eased her onto her side. “Gotta learn how to share, Danny-boy.”

Lala rolled her lips under to keep from giggling. Still, the look Dan gave Garrett was priceless.

“Oops, sorry,” amended Garrett with a so-not-sorry grin. “I meant Dan. Dan, you take the front and give me her sweet ass.”

“Wait a sec. Don’t I get a say in this?” She grinned then rolled onto her side. When they didn’t react, she quipped, “Don’t you two know a joke when you hear one? Get busy.”

Garrett’s chuckle warmed her back as he pressed his hard chest against her and reached around to cover her breast with his large hand. His fingers worked magic, but they were nothing compared to his huge cock pressing between her butt cheeks. “I can’t wait to get my dick inside your tight hole. But don’t worry, darlin’. It won’t hurt like you expect it to.”

She started to ask the why and how of his statement but decided she trusted him. Instead, she put her hand over his and squeezed. “Do it, Garrett.”

She should’ve been talking to Dan. All at once, Dan leaned to the side and wrapped one of her legs over his waist. His cock eased against her pussy lips as his hands spread them wide.

She closed her eyes and reveled in the energy coming at her from both men. Whatever the connection was, it was wonderful. “Please, guys, I can’t wait any longer.”

Without saying another word, Dan thrust his cock inside her pussy. The friction of his enormous cock pushing against her tight pussy walls rolled outward from her abdomen to spread shudders throughout her body. She opened her mouth in a mute cry and gripped Garrett’s hand harder.

Garrett peppered her shoulder with soft kisses. Using two fingers, he explored her anus, working her tight rings, getting them ready for his entry. “Daaaamn, darlin’, you are so fucking tight. This is going to be great.” He brushed her hair aside, then kissed her skin softly as he murmured words of endearment.

Even with her trust in him, even with his sweet words, she was still unprepared for him. With his hand over her breast to hold her to him, he pushed his cock past her butt cheeks then slowly slid it inside her. Her breath caught in her throat. Her pulse raced. Prepared or not, she gave in to him, the feeling of having his cock stretching her to the limit overwhelming her.

She was filled, not only with their cocks but with the swirl of electricity passing back and forth between them. Her body trembled as her orgasm grew stronger, taking control of her body and her emotions. Their soft grunts became her music. Their hands on her flesh became her sustenance. Their kisses and bites became her soul. They became her everything.

Again and again, they thrust their cocks inside her. Her body sent small shockwaves of pleasure through her, exciting her, enlivening her. She tightened her pussy and her ass muscles, doing the little she could to give them pleasure in return.

While they were inside her, her dream of stopping time became real. She was lost in them, adrift with only them as her lifeboats.

Without warning, her vision filled with the odd amber color. Her skin prickled, a warning sign of what was to come.

Closing her eyes, she fought against the strangeness threatening to take her. Yet, instead of fighting it with willpower, as she’d done so many times before, this time she used something better, something stronger. She yielded her body, her emotions, not to the wildness trying to get out but to the love for her two men. Like internal swords surging into the battle for possession of her, their cocks fought the wildness back. Her climax stormed to the surface, driving everything else away. As her release broke free, she let out a cry of passion and victory. Her body shook, the shudders taking the climax and moving it outward. 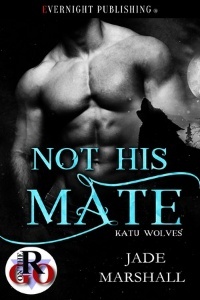