An Omega for the Alpha 1

Caleb McKane inherited everything after his brother's death, including his mate, and the male Caleb was in love with as a teenager, omega Julian.

It's been ten years since they saw each other. Caleb knew his brother was a bit of a jerk, but seeing Julian's condition almost makes him glad his brother is gone, otherwise he might have to kill him all over again.

Julian is skinny, skittish and scared, but he now belongs to Caleb, and Caleb is going to make amends for what happened to him. One way or the other.

Julian doesn't know what to expect when he sees Caleb again. He's older, to be sure, more filled out and just as handsome as the young alpha Julian fell in love with, even when he was promised to another. Caleb seems to care, seems to want to help, but there's only one thing Julian wants from him.

His heat is coming, and he wants a good, gentle alpha to help him through it for the first time ever. If Caleb wants to make amends, he can start right there. 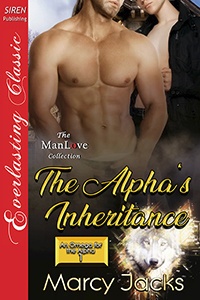 An Omega for the Alpha 1

More From An Omega for the Alpha

Caleb McKane stared at the paperwork in his hands and then down at the omega kneeling on the floor by the door to his office.

Julian looked nothing like the vibrant young male he’d once been.

A pale, sickly skeleton of a man, skinny even by omega standards.

If his brother was alive, he might have chosen to kill him for this.

“Does everything appear to be in order, sir?”

No, it fucking wasn’t.

“Why does he look like that? Why are his clothes…”

Caleb stared at Julian, waiting for him to look up, to say something sarcastic, even as beaten down as he looked.

The male trembled on the floor as if he’d done something wrong by not being cared for.

“He’s been with your office for damn near three days for the processing, and in that time, you couldn’t have spent thirty dollars to get him some sweatpants and a T-shirt that fits? How much fucking money are you being paid for this?”

The lawyer seemed to take offense to this. “He belonged to your brother, sir. If his condition bothers you so, perhaps you could have checked in on his care previously.”

That cut. Deep. Worse, the lawyer didn’t seem to know it. He’s just spitting out what made sense to him, and this was definitely it.

Julian’s condition was his own fault.

“He will be going into his heat very soon if you would like to make special arrangements for him.”

Caleb would not be putting Julian into a quiet room, but he couldn’t bear the thought of another alpha or beta taking Julian either.

Julian began trembling on the floor again. Was it cold in here? Caleb didn’t think so, but the man was so skinny now, and his clothes so thin. It snowed lightly outside.

Caleb just wanted to get this over with, so the lawyer could leave.

It wasn’t the lawyer’s fault. He was just offloading everything. Doing his job. Making sure all the t’s were crossed and so on.

Now that Caleb owned everything, there was an awful lot of money at stake to make sure he didn’t fuck up absolutely everything.

The way his brother did.

He signed the last of the papers, was given instructions that the rest of his brother’s possessions would be packed up by the company Caleb had hired, and he could go through them when they were delivered, as well as call if there was anything missing.

Caleb let the lawyer see himself out. Caleb didn’t give much of a shit about what else his brother owned.

There was a time when Caleb might have cared. Even if it was getting some of Dad’s stuff back.

Looking at Julian, still kneeling, making no eye contact, Caleb didn’t think he would mind if he didn’t see any of Dad’s stuff ever again.

He’d done this, too, after all.

The office was all leather and mahogany and dusty hardcover books on law and copyright.

Caleb glanced around, searching, and he grabbed a throw from over one of the leather chairs.

He didn’t know who brought it there as it didn’t fit with the rest of the room.

He took a quick sniff.

Whatever. If it was washed with the sort of stuff that blocked off scents or belonged to a member of the staff, he would eventually give it back.

For now, he approached Julian. Slow.

He put the throw around Julian’s shoulders.

Julian held perfectly still, not moving, though his eyes were wide.

His trembling lips were ghostly pale, and the green of his eyes seemed a touch dull. Not as bright as Caleb remembered.

His nose was different, too. A touch crooked?

He hated to think that might have been Aiden’s doing.

“Julian, do you remember me?”

"T-take those off,” Julian said, pushing himself to sit up, remembering his fantasy and wanting to play it out right now.

His hands were already on Caleb’s belt, unbuckling him fast before the other man had the chance to do as he was told.

“I wanna suck you off.” Julian tried to make himself look as eager and attractive as possible, but Caleb hesitated.

“Yes.” Julian kissed him on his mouth quickly. “I want to, please.”

Caleb lifted his hips, pushing his pants off him and tossing them away, and when Caleb really saw the size of the man’s dick, he suddenly knew why Caleb was offering him an out.

No matter how it went in his fantasy, and no matter how eager the heat made him now, there was no way all that was going to fit in his mouth.

Even half would be generously pushing it.

“You don’t have to,” Caleb said, his hand touching Julian’s face, his thumb sweetly sliding across his lower lip. “This is enough.”

Julian’s heart swelled, and he found himself fighting against the burn in his eyes.

He took Caleb’s hand and pressed a kiss to the top.

He looked up, and Caleb’s face was a brighter shade of red than Julian thought possible for an alpha.

Because he’d kissed his hand?

Well, Julian was about to start kissing something else.

He kissed his way down Caleb’s stomach. Of course, as an alpha, his abs were hard and perfect. He probably didn’t have to try much to get them, but Julian loved them, and when he gently pushed Caleb back, his hands on the alpha’s thighs, his heart rate picked up when he mouthed at the man’s pulsing, dark cock.

He asked Julian what he wanted, tried to be gentle with him, stretched him, and ignored his own needs to make Julian comfortable.

Even if they fucked once and Caleb decided he was done with the whole heat, this was already the best heat Julian ever had.

He slid the flat of his tongue along the underside of Caleb’s cock, tasting the salt there and loving the way Caleb moaned.

“We…we shouldn’t…I should be doing this for you.”

Julian looked up at him, suddenly interested. “Will you? After I’m done?”

Caleb’s eyes flashed, a ring of red coming around the dark, overblown pupils. “I’ll do it to you right now if you want to.”

Having Caleb’s fingers inside him, stretching him, had eased up the intensity of his heat for a little bit, but those words were enough to bring it all right back.

“After,” Julian said, forcing a confidence he didn’t feel. “After I’m done with you.”

Not giving Caleb the chance to respond, Julian sank his mouth around the head of Caleb’s dick.

He pushed down as far as he could go, which was not a lot, to his dismay.

Caleb didn’t seem to mind. He threw his head back, moaning and gasping for breath while Julian used his hands to stroke the parts of his cock that his mouth could not get to. 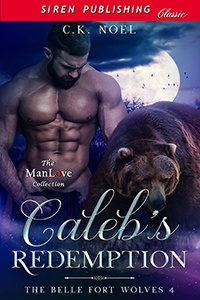 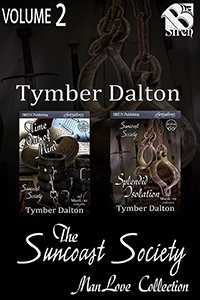 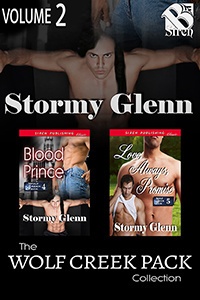 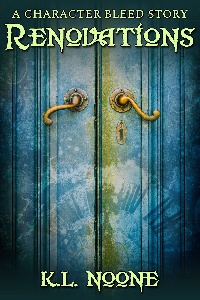 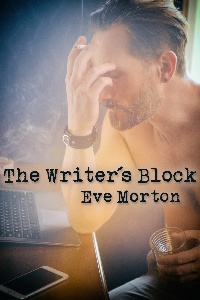 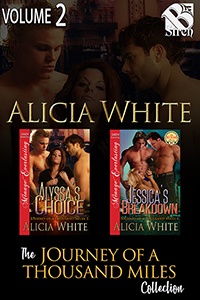 The Journey of a Thousand Miles Collection, Vol. 2 (MFM)
Alicia White
In Shelf
$4.99