Being part of an Olympic skating pair should be excitement enough for one life, but for Erika that's only the beginning. Her skating partner, Tom Alan, is her ex-husband, who fell in love with former British ice dancer Milo, and all three of them live together and raise her daughter, whose father is Erika's ex-boyfriend, Bill, a rabid hockey fan who is old friends with Milo.

As if that's not enough, Erika still loves Bill, loves Tom Alan, and might just love Milo, too. Add a couple of troubled teenagers to the pile, and suddenly training for the Olympics is the easy part.

But Erika's never been a fan of the conventional, and one way or another the four of them will find a way to make their strange tangle of love, sex, and family work. 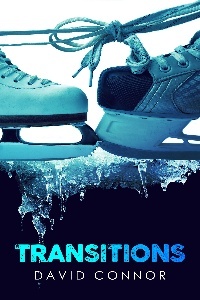 If you can't say something nice, don't say anything at all.

Erika hadn't said a word since "Hello." A slim ray of hope had existed, at least at the beginning, that a romantic dinner date with Jimbo Wormel might be the start of her happily ever after. That likelihood was quickly dashed, along with the restaurant's ambiance, by the clank of dishes being dropped into a plastic bucket and the busboy's off-key singing.

"You know, you look vaguely familiar," Jimbo said. "Perhaps a resemblance to one of my ex-wives." There was a glint in his mud-brown eyes, maybe from the flickering candle, but possibly as if he was kidding. "Have you ever been married?"

Apparently Jimbo didn't follow figure skating. Erika Tsuchino had been semi-famous -- for at least fifteen minutes -- back in 2014. A run at an Olympic medal, the death of her father and coach right before The Games, a short-lived marriage to her on ice partner and the pregnancy that followed; it had all been tabloid and TV news.

Actually, yes. I married a gay guy, Erika wanted to say. Tom Alan-that's his name, like two, but it's just one. While my father was grooming us as champion pairs skaters from childhood, he was also, unbeknownst to me until I was practically standing at the altar, grooming us for an arranged marriage, which isn't as uncommon in modern day Japan as you'd think. She'd tell him everything. Papa died before we could wed, but my mother insisted we respect his final wishes, even though everyone knew Tom Alan was hung up on a British guy named Milo. So, we did it, honeymoon and all. I slept with Tom Alan every night, for weeks and weeks and fell deeper and deeper in love, which I never told him, because he'd found his way back to the Brit. The marriage was annulled just about the time the baby came, but I'm still not over him two years later.

She sighed, but said none of that. Tom Alan and Milo were living their fairy tale ending. As she stared at the spinach stuck between Jimbo's teeth, as she recalled blind dates, computer dates, reconnecting with high school crushes on Facebook, and fix-ups her best friends from her sport swore would be the men of her dreams but weren't, Erika wondered what had happened to hers.

"I guess I'm in sort of a transitional state at the moment," she said.

"Is it just me," Jimbo asked, "or is that fairy waiter annoying the shit out of everyone?"

"Busboy." Erika knew deep down that wasn't the word she should have objected to. She thought a lot about words lately. As she and Tom Alan got back on the ice to try and recapture their place as one of the top pairs skaters in the world, they were performing their short program to Simon and Garfunkel's "The Sounds of Silence." A few sign language passages had been worked into the choreography, including "Words hurt," "Words heal," "Silence kills," and "Speak up." The piece was a tribute of hope for those struggling for human rights all over the world, including the LGBTQ community in Russia, where Erika and Tom Alan had skated at the last Olympics.

"And really, Jimbo, the word fairy is totally --"

The kid with the bucket sashayed right into their table, causing Jimbo to spill cabernet all down the front of his shirt. "Son of a b --"

"Not you, dude. Her." The busboy was at her side in a shot. His nametag read Kensuke. He was a strikingly handsome kid with sparkling black eyes and a scruff of sparse facial hair. "Can I get your autograph?"

"Is there a problem here?" The gentleman who had seated Jimbo and Erika joined the fracas. "Sato! Get back to work!"

"Now or you're fired," the kid's boss snapped.

"Oh, he won't can me. He's all 'Blah, blah, blah.'" Kensuke made a moving mouth with his hands. "'I'm the boss of you. Blah, blah, blah.' Yo, you were awesome in Sochi and at Worlds with Baranowski." He pronounced it spot on. "Sick, man, sick!"

"Thank you." People were staring, so Erika took a pen from her purse, rather than argue anymore. "I don't know what to sign."

Kensuke handed her a used napkin from the other table. Eww, but she signed it anyway. Best wishes. Jump higher. Erika Tsuchino.

"OMG! Thank you so much." Kensuke seemed on the verge of fainting. "Is Tom Alan here?"

He even got that right. Some people dropped the Alan even after being told repeatedly the two names went together as one.

"If I give you my cell, can you have him call it?"

"Who's going to pay my dry cleaning?" Jimbo demanded.

Was he seriously going to ask a kid making less than minimum wage to cover the cost of washing his stupid shirt? "I will," Erika said.

"Sato!" The manager was suddenly involved again. Kensuke's charming smile and good looks probably got him out of a lot. This time, however, his boss wasn't wooed. "Get out."

"In the middle of the dinner rush?" Kensuke took off his blue apron and maroon bow tie. "No prob, yo. My pleasure." He dropped them both to the floor, and offered a parting shot. "Eat my ass, Hideki."

So ended another shot at finding Mr. Right. Erika and Jimbo didn't even wait for their entrees. She was grateful she had taken her own car. As she got in, she checked her phone.