Taz thought learning she’s a vampire, surviving attacks on her life, and falling for sexy Matthias were difficult. Can life get any crazier? Haunted by a devastatingly familiar phantom voice, Taz struggles to cope with new bombshells and the painful loss of Matthias’s cousin, Rafe. As she forges ahead, Taz knows her heart belongs to Matthias. What she doesn’t know is yet another betrayal from where they least expect it lies around the corner. When they all travel to London to carry out justice for Rafe, Taz finds herself in a fight not just for her life, but for her sanity. With the mysterious, lupine-like Others showing no signs of dropping their pursuit of her, Taz struggles to find her way. Fortunately, she has Matthias by her side. Unfortunately, she has to conceal her painful secret from his grandfather, Tobias. But even worse...she's got a wedding to plan.

Note: This book has been extensively revised. It was previously published with another publisher.

Tymber Dalton is a Siren-exclusive author.

Heat Rating: Sizzling
Word Count: 84,501
14 Ratings (4.5)
Contemporary Paranormal Vampires/Werewolves
In Bookshelf
In Cart
In Wish List
Available formats
Mobi
HTML
PDF
ePub
Cover Art by Jinger Heaston
Reviews
It's a really riveting read with a few aspects that I found to detract from an otherwise wonderful story. A continuation of Taz & Matthias' story as they grow in their relationship and try to work through the overwhelming burden of new information about her real existence as one of the most powerful vampires alive. Taz is dragged further into the mess caused by someone who wants her captured/dead but the mystery remains unsolved as far as Matthias is concerned. The greater difficulty is the never waning presence of Rafe, Matthias' cousin, whose soul lives in Taz's brain. The difficulties this could pose for Taz & Matthias down the road and the ultimate resolution of this weird threesome was not solved. I thought the ending just kind of dropped the reader without even a tantalizing seque for an upcoming book. I surely hope there is more to this story. Otherwise, there is friendship and loyalty among all the main characters, Taz regains a far greater understanding of her power and her place in the overall scheme of things, she and Matthias weather some very bumpy territory in their love relationship, and all in all, it's a good book. I'm going to go back and re-read it--I think there is so much going on here that it will take two times through to catch it all.
Dr. J
Excellent book from a brilliant author
Avidreader
Read more... 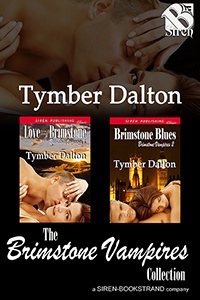 Matthias knew Taz was special just from Tim’s many reports about her abilities and progress through the years. Thank God he’d had the sense to place Tim there, working for her parents to help raise her and guide her without revealing anything about her powers or special nature. Tim had trained her well.

Matthias had wanted to spend years easing her into the truth, give her time to get to know him, and hopefully fall in love with him the way he’d loved her.

Could he ever make it up to her? She blamed herself—wrongly—for Rafe’s death. What if he’d waited to bring Taz in? He’d wanted to hire her to work for him and start the agonizingly long process of gently exposing her to everything so the final truth wouldn’t shock or overwhelm her—which was exactly what had happened.

Had he not been greedy, had he waited, Rafe would still be alive. So wasn’t the ultimate blame his to bear?

Even in sleep, Taz still held a barrier in her mind. She was far stronger than she knew, scared of her powers, and terrified of losing control again after almost killing Caroline. She was a true force of nature and would go on to do great things.

“I love you, cara,” he sent to her, feeling her heartbeat under his palm. “I love you more than life. I will die for you, because I couldn’t bear to lose this kind of love twice in my life.”

In sleep, she cuddled closer to him and he kissed her neck. “I love you, Taz,” he whispered, closing his eyes. “Please don’t ever leave me.”

Matthias awoke before dawn the next morning with Taz tantalizingly pressed against him. When he tried to shift position, his morning erection ended up nestled in the cleft of her ass, and he stifled a moan. She turned to face him and slowly rolled her hips. He couldn’t resist, nudging against her, gasping as his cock easily slid into her already-wet pussy.

She must have been having really good dreams to be that ready, but she wasn’t totally awake, caught in the twilight between sleep and dawn. That much he knew from what little he could sense through her mental barrier.

He closed his eyes and slowly stroked into her, debating whether or not to wake her up. If she was having wonderful dreams, he didn’t want to spoil that for her, not after the horrific past few days she’d had. He folded her against his chest and savored her scent, the feel of her body against his as he slowly made love to her.

After many long minutes, her arms tightened around him. She nuzzled his neck, her tongue tasting his flesh.

“Anastazia,” he whispered in her ear. “I love you so much.”

Her legs tightened around him as her hands traced his spine down to his hips. She was waking up. He felt her awareness grow as her pulse quickened. Taking this as his cue, he gently rolled on top of her and slid a hand between their bodies. In the dim light he kissed her, breathing her name through her lips as he gently explored with his tongue.

His fingers parted her labia and found her pussy. She moaned, one hand tangling in his hair and pulling his mouth roughly against hers. Now she was awake and wanting more.

He stroked her swollen clit with his fingers, drawing gasping, keening cries from her, feeling her reactions through his body. When she climaxed, her muscles squeezed his cock, nearly finishing him right there.

Home for the Holidays (MF)
Diane Leyne
In Shelf
$1.99
Tweets by
sirenbookstrand