Chad Curtiss, a thirty-five year old private equity investor, is a ruthless businessman. He believes it’s a dog-eat-dog world and doesn’t understand people not driven by the desire to acquire their own happiness. Life’s about personal responsibility and making the right choices.

Chad travels to New Orleans on occasion for business and while there, he likes to visit The Men’s Room. The hottest gay club in the city has the hunkiest dancers, the cutest bartenders and the kind of service a man like Chad knows he deserves. While at the bar, he runs into young Richard Foster, a desk clerk from the hotel where he’s staying. He has no intention of becoming involved, but there’s something about the kid Chad can’t dismiss, and that something just might change his entire outlook on life.

Just thirty minutes remained of Richard’s eight-hour shift, and he looked up at the wall clock, counting the seconds. Every annoyance imaginable to a hospitality worker had somehow managed to make an appearance in his already excruciatingly long day, and he couldn’t wait to punch that clock and get the fuck out of there.

Mrs. Helminiak in 413 had insisted her bed sheets reeked of cat urine. Room 224’s Mr. Byron was furious that he couldn’t maintain an Internet connection. The occupants of 249, the Washington family, had requested a 7 o’clock wakeup call, and it had somehow been an hour late, causing them to miss their 9 o’clock flight. It had gone on like that all day.

The coffee urn had gone dry three times that morning, the ice machine on the third floor went caput, and the ATM was out of money. When the elderly occupant of room 351 called to bitch that while sitting on her balcony the cigarette smoke from a neighboring room’s terrace had wafted over to invade her hyper allergenic olfactory system, Richard felt ready to just throw his hands up.

Now at 5:30 in the evening, he was at last ready to call it a day and he knew exactly what—or whom—it would take to make him forget this god-awful workday entirely. That was when Mr. Burns, the hotel manager, stopped by to make matters worse.

“Devin’s sick,” he said flatly. “Just called in, so I need you to stay over.”

“What?” Richard gaped at him disbelievingly. “He just called in now at the last minute? But…but…I have plans this evening.”

“Guess you’ll have to change them.” Burns had the personality of a toad. Richard fantasized about a day when he’d finally tell the stodgy little bastard where to go and how to get there. “Emily is going to cover the majority of the shift,” he went on, “but she can’t get here until nine. You’ll have to stay another four hours.”

Burns was the manager, so why the fuck didn’t he stay? If Richard didn’t need the job so fucking badly, he’d have asked just that question. Instead, he released an exasperated sigh. “Can you at least cover for me while I take a break?” Richard asked. It had been four hours since he’d even stepped away from the desk.

“I suppose,” Burns said, rolling his eyes. “Five minutes. I have an engagement this evening, and I can’t be late.”

That selfish prick, making me change my plans so he can keep his!

“I’ll see you in fifteen.” Richard stormed down the hallway ignoring his boss’s threats behind him. Richard slipped into the lounge and stepped up to the bar. “Evenin, Howie,” he said.

“What can I get you, Richard?” the twenty-something bald-but-gorgeous muscular bartender asked, leaning against the bar.

Richard sighed. “When I come back in four hours, definitely. Burns is already on my ass, though.”

“Fuck Burns.” Howie made a face.

“No thanks. I’d much rather be fucking…”

“Your guy from the club?”

“Colby. I was supposed to meet him after work.”

Howie slid his soda onto the bar, then reached up to place a hand on his friend’s shoulder. “Don’t worry,” he said, “the night won’t even be getting started at nine o’clock.”

“Yeah, but after this fucked up day, I doubt I’ll have the energy.”

“Whatever.” He rolled his eyes again. “Dude, you got a cigarette?” Richard slid onto one of the barstools.

“Since when did you smoke?”

The bartender fished inside his shirt pocket and pulled out a pack of Marlboro Lights. “Burns is such an ass,” he said as he tapped out a cancer stick for his friend. Richard held the cigarette to his lips while Howie lit it for him. “The guy would be lost without you, ya know.”

“I know.” Richard coughed as he tried to inhale. He held the lit cigarette away from his face and with his other hand waved the wafting smoke away. Howie stared at him, shaking his head. “I should be his boss. He’s about as bright as a burned out light bulb.”

Howie laughed. “You really should, Richard. Truth be told, you run this place, and if Burns wasn’t such an asshole, he wouldn’t have people calling in sick at the last minute.” Richard couldn’t have agreed more, yet for some reason he didn’t stand up to the man. He should have told his boss that covering the shift was his responsibility as manager. Instead, he’d allowed the incompetent buffoon to bully him into staying. Well, Howie was right about the overtime. He definitely could use the money.

“On the bright side,” Richard said, “with the day I’ve already had, it can’t possibly get any worse.” 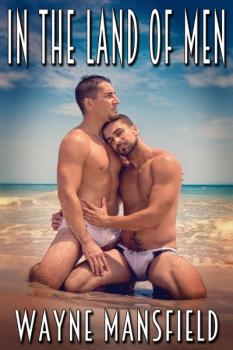