They say that when one door closes, another opens, but when Erica made her choice to stop a madman, she couldn’t have imagined the price that she would have to pay. The future she’d risked everything for has just changed forever.

The existence of the Dark Fae and their Goddess comes as a shock, but the fates have one more surprise in store for Erica and her mates in the form of orphaned twin babies who steal their hearts—but these children are not like the Fae Erica is familiar with. They come with powers that she and her husbands know nothing about. The Dark Fae council will watch over them to decide if they are capable of raising the twins, making Ben, Erica, and Leo feel the pressure of having their every move scrutinized.

When the twins’ dark powers begin to emerge, will one Fae Queen and two warrior shifters have what it takes to navigate the uncertain waters of parenting … and will the Dark Fae council agree to let them try?

Erica stopped in the doorway and turned to look back at her sleeping babies. The Goddesses truly did work in mysterious ways, she thought. She might not have had the pleasure of birthing the twins, but they were hers. She knew it with everything in her. They were hers!

“Come on, love,” Ben whispered in her ear as he urged her to lean back against him. “Leave them to dream of all the mischief and grief they will cause us over the next few decades. Now that they’re asleep, let’s make the most of this time we have alone.”

Heat swirled within her, and she nodded. They had been Mommy, Poppa, and Daddy all day. Now it was time for Mommy to get her some.

Leo had gone on ahead to the bedroom and lit all the candles they had, creating a golden glow that made Erica look radiant when she entered moments later with Ben. The smile on her face when she looked his way still made his heart skip a beat, just as it had the very first moment he’d seen her. He would swear that if he didn’t have a shifter’s strength, the sheer joy he’d felt since bringing the babies home and seeing Erica blossom as a mother would have made his heart explode.

He couldn’t have anticipated how two small little beings could instantly repair the gaping hole that had been ripped into their souls when the Goddess Allyria had told them the price they would pay for Alefric’s demise. But here they were, starting a new journey together, albeit, this one filled with much less danger, and much more need for an endless supply of wet wipes, but certainly just as important as anything Leo had ever done in his life previous. They would love and protect these children, and they would raise them to be the kind of people who made both sides of the Veil a better place.

“You look so resolved right now, Leo. What are you thinking about?” Erica stopped in front of him to gently caress his cheek with her hand.

“Just about how lucky we are … and how lucky you’re about to get.” He leaned in to kiss her as he landed a quick smack to her jean covered ass that made her yelp and laugh into his mouth.

“Now we’re talking,” Ben said. He quickly shucked off his own jeans and stepped up behind Erica to unbutton her top, revealing her soft, perfect breasts. He gently pulled back her wrists, using her top as a makeshift rope to bind them behind her. “How do you want it tonight, baby?”

Leo could tell from the quick increase in her breathing that she was in the mood for something a little edgier than “sweet” tonight.

“Mmm, I think I know exactly what our naughty little mate is looking for, don’t I, baby?” He cocked one eyebrow at her, and her eyes grew hooded as she bit down on her lower lip, indicating that she knew exactly the type of evening he had in mind. “Ben, get on the bed, sitting with your back against the headboard. You, my love, strip off those clothes for me, now.” 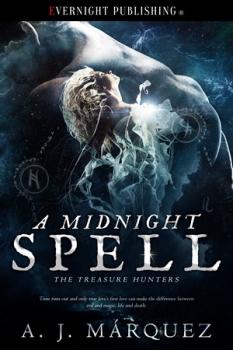