Do you believe in dreams? That’s how I found Ryan. Unfortunately, I could not be with him then, not until he took that final leap of faith. You see, I come from a distant star and coming from another planet is problematic. Coming from a planet where the atmosphere is different from Earth makes it even more complicated.

Despite my father’s caution, I went to Earth. I was compelled because of my love for Ryan. I wanted him to come home with me but he would have to suffer through the change to survive. I wanted to be with him on Earth but its atmosphere is toxic to my kind.

I am Q’lan. This is our story. It is not long but it was difficult. I am glad that I can tell it now with Ryan in my arms.

Dreams are basically complicated and confusing. Dream interpretation can be even more complex. With dream sharing, the interpretations can lead the dreamers to many different paths. Some would say dreaming of death could actually mean a personal freedom. Dreaming of a murder could mean something very different. Dreaming of a faceless man could just mean dreaming of oneself, when one hasn’t yet reached full potential.

When I first dreamed of Ryan, he was yet to be born. That night I had gone to bed early, feeling unusually tired so I immediately fell asleep. What I dreamed was so surreal, I realized I was interacting with the mind of my dream mate.

I roused myself quickly and mentally reached out to consult with our oracles. I was shocked when they informed me that my dream mate still had to be born. The oracles also conveyed that each dream element was of importance and had to be considered carefully.

I hurried to take the prescribed steps to guarantee him in my future. With the use of a mind-meld machine I went back to my dream state, and noted every minute detail. With the machine’s assistance I was able to reach for Ryan’s immature mind. As the seconds ticked, our connection strengthened and soon I was able to feel what he was feeling, and know what mood he was in. With every dream shared, I called to him.

My mind was awash with scrambled thoughts and feelings of intense crushing pain. I reached in deeper and realized Ryan was experiencing his birth. I could not stand the pain he was going through, so I willed him to submit to the inevitable. His immediate trust in me shook me to the core. Our minds fully connected for the first time and I led him through the ordeal, blocking most of the pain he was experiencing. When he breathed in air for the first time, I relaxed in my bed and allowed myself to follow his life as it progressed, through our dreams.

Scenes flashed through my mind as time flew fast. Too fast, I realized. I saw him take his first wobbly steps, and encouraged him to never give up. A second later, it was a tantrum when he failed to express himself verbally. I reached out and taught him how to communicate with his mother. I even learned how to read the English language. As he matured, I saw his parents’ confusion at how quiet and well behaved Ryan was growing up. He had to be, especially when we talked through our dreams and I showed him the wonders of my world.

Dreaming of alien things can be scary and bewildering. What confused me were the animals depicted in my dreams, for they were unlike anything I knew. It was enough to consult an illustrator. Through our dream sharing, Ryan and I taught each other the differences in our languages, saw the strange creatures roaming our worlds, and gained an understanding of our differing cultures.

This sharing of dreams guaranteed our familiarity with each other’s feelings and experiences. Even from a planet far away, Ryan got to know me. He knew what I looked like, how I thought, and how I felt. When he turned fourteen of his Earth years, he was able to finally reach out on his own and declare his love for me. I was elated and sent my feelings through the void. I already loved him and I could not wait to have him in my arms. But it was easier thought than done.

My father is an elder on my planet, X’aron—one of the five who ruled the five underground continents. I reached out to him mentally, showing him an opportunity to study other life forms. I convinced him and the planet’s collective assembly to invest in studying the planet called Earth. Showing them what I learned from Ryan through our mental links. As his only son, my father is driven to guarantee my success. Losing a dream mate would spell insanity and finally death. He needed me to survive. I needed Ryan. 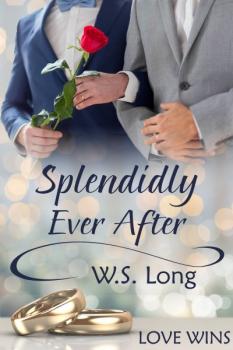 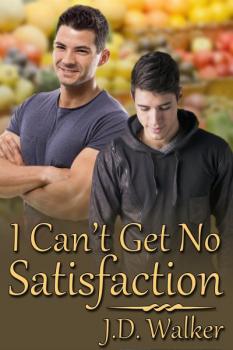 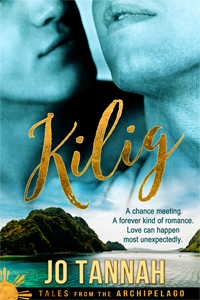