Cole Jakovich's job is to protect an undercover cop and his friend. Cole learns not everything in this world is as it seems when truths from his past come to the surface. The one place he'd believed to be absolutely safe is put to the test when a world he never knew existed calls a hunt, not only upon him but also on the men under his protection.

Billy Martin, former police officer, finds his whole world flipped upside down and far from safe. His choices are to run, or to stand at Cole's side to fight the enemies coming at them from all directions. Billy does the only thing he can, especially when Cole is captured by an enemy who wants to see him dead.

The Diamond Rose is known as a refuge for people from both worlds. Will Cole and Billy be able to keep everyone safe? Or will they all go down together?

With the help of family and friends, Billy and Cole find a strength they didn't know they had.

More From The Diamond Rose

Tattoos adorning the man's body turned Cole on faster than he ever thought possible. Cole was sure he was dreaming. He'd never met anyone fitting his lover's description before in his life--unless of course, currently being very drunk factored in and he'd randomly picked up some piece of arse for a one-night stand. Giving in to his needs, Cole rubbed his cheek over the man's exposed skin. A strange understanding crossed his mind; he marked this man with his scent so he could easily find him again.

Long, midnight black hair obscured his lover's face, yet somehow Cole believed his eyes were a sea green and stunningly surrounded by thick, dark lashes. "Tell me your name, beautiful."

A soft chuckle filled the air, surrounding them both. "If you want to know my name, you'll have to come find me, mate. Come find me, and make me yours."

Cole skimmed his hands down lower on his lover's naked body until he gently cupped the hairless balls hanging between his legs. A sensual moan was his reward. His partner dropped his head back to rest on Cole's bare chest.

"Feels so good, Cole. I don't want you to stop. Take me to heaven and back then bring me back for more."

With reluctance, Cole released the balls in his grasp and wrapped the palm of his hand around the long, thin cock instead, slowly stroking in time to the come-fuck-me moans falling from his lover's lips.

"Touch me more deeply. Touch me where no one has before."

The words themselves were just normal everyday words, yet somehow they beckoned something inside of Cole. Moving them across the room until they were on the bed wasn't an easy task, seeing as Cole didn't want to let go of the man in his arms. He was under the impression if he lost physical contact with the guy, his dream man would just disappear into thin air as if he'd never been there at all, and Cole didn't want that to happen.

Using his free hand, Cole moved them and positioned his lover on his hands and knees, his legs spread far enough to allow Cole to see the prize hidden there. Cole sucked his fingers into his mouth, making them wet before seeking out his dream man's secret spot. Another louder moan reverberated through the room as Cole carefully breached the tight ring of muscle. He didn't stop until his finger was fully seated inside the warm chute.

With a tenderness Cole hadn't even known he possessed, he slowly began the carnal dance of making his lover ready. Swirling his finger in ever widening spirals, teasingly ghosting over the man's prostrate as he stretched the arse he wanted so desperately to be inside of. When his lover demanded more, he added a second finger and began the dance again until he had four fingers situated in the gorgeous body before him.

Those were the very words Cole was waiting to hear. Carefully removing his fingers from his lover's body, Cole lubed his cock and pressed the fleshy head against the stretched opening being offered. He took his time, enjoying every slow, excruciating second it took until he ended up balls deep. Vaguely the thought crossed his mind that if this was real, he'd have a thin rubber barrier between them but in his dreams, anything became possible.

This was perfect. This was home.

The very essence of the man in front of him called to Cole in a way no one ever had before--not even his ex-boyfriend, Julian. His core thrummed with the need to possess this man--his man--in every way possible.

His body ached with desire during the minute he took to allow his lover to acclimate to his size, but in truth, the inexperience of his lover would require the care he was taking. How he discerned his lover wasn't well versed in the ways of love wasn't clear. When the arse around his cock ground back against him, Cole knew he'd been given free rein to move.

The resonances of their lovemaking were better than anything Cole had ever before had the pleasure of listening to. Cole likened the noise to the sounds of a world-renowned symphony. Soft, drawn-out moans filtering through the sharp slap of skin meeting skin were the core of the ethereal music. Power flowed through the room, permeating everything with a soft caress, weaving through them and binding them together for all eternity.

His dream lover threw back his head and screamed, "Cole!"

"Who are you?" Cole whispered huskily. 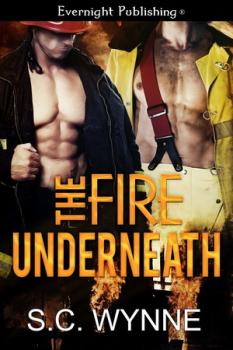 The Happily Ever After Mating Agency Presents: The Dragon Prince (MMM)
Jane Wallace-Knight
In Shelf
$4.99
Tweets by
sirenbookstrand