4 STARS: "What a quick, wonderful read The Beach Boys, Spring was. It’s the kind of book that you just open up and read on a lazy Sunday afternoon just for fun. It’s a story about two men who probably never would have met unless fate threw them together and I have to believe that’s exactly what happened with Vidal and Lang. I loved both of these characters … one disillusioned and one bitter. But, they found common ground and built on that. Lang had Vidal doing things he never, ever thought that he would do and Vidal had Lang really rethinking his life and what he did for a living. Together, they find the middle ground and build a life together in this small town. As I said, this was a quick read that really put a smile on my face. Berengaria Brown is a first time author for me and I would love to read more by her. She was articulate and kept the story moving. It was cute, fun and just a mind-easing read. Not to heavy and not to light … it was just right." -- Kitty Angel, Guilty Pleasures Book Reviews

More From The Beach Boys

Vidal was forced to admit he was bored. Dreadfully bored. So he locked up the cottage and drove to the golf club. He knew he should probably have walked. It wasn’t far. But he wasn’t ready to start walking anywhere yet. Truth be told, he still got pounding headaches and was honest enough to admit maybe he did cause them himself with his anger and dissatisfaction. His heart attack had frightened him sufficiently to know he needed to be sensible. But knowledge and action were as far apart as the north and south poles.

However, he wasn’t ready to die yet, so he hired a golf caddy and a set of clubs, paid for a two-month club membership, and followed the caddy out onto the green. His golf wasn’t great, but it was something he did from time to time with businessmen and he was content with his skill level. He thought it was about right, not one of the best, but not one of the worst, either. That meant he could give his competitors a reasonable game, but didn’t have to worry about beating someone he needed to make nice with for business reasons.

The first few holes went about like how he expected them to go. His caddy was polite and respectful, and the course was neat and well kept. It wasn’t as good as being back at work, but it was a hell of a lot better than sitting in that fucking cottage.

A woman with long blonde hair was sitting on the seat by the tee for the fifth hole. Her hair was lifting in the breeze and floating behind her. Vidal wasn’t interested in women, but her hair was attractive. He wondered why she was there for a moment, and then saw three men arguing furiously at a sand bunker halfway down the green. Likely, she was the wife or partner of one of them. It was smart of her to stay right out of the dispute. Vidal would have been happy to sit and rest a while, but he wasn’t going to have some angry man think he was getting too cozy with his woman, so he leaned against a tree.

To his surprise, his caddy walked up to the seat and began talking to the woman. Who was a man. A man with waist-length blond hair and bright, sparkling blue eyes. Also the kind of rough, unshaven look that was very popular, and which Vidal hated as a lazy, disrespectful habit. This man needed to get a haircut and a shave before he went out in public.

The blond smiled at him and said, “You’re welcome to share the seat. The man in the blue shirt hit his ball into the sand and it doesn’t look like the three of them can agree on the correct procedure to follow right now.”

“Would you like me to tell them the rules, sir?” asked the caddy.

The teenager’s voice was a bit hesitant, and instantly Vidal shook his head. He walked across from his tree and sat on the seat.

“I doubt if they’d listen to you anyway. They seem determined to argue. Besides, I’m not in any hurry.” Not that he really wanted to talk to this peasant who didn’t know how to shave or dress appropriately, but it was true, he had nothing to do. Not today, nor tomorrow, nor for eight entire fucking boring weeks. The sunshine was quite mild and pleasant. It was warmer here on the golf course than it had been on the beach.

“Vidal,” he said, holding out his hand to the peasant.

The man’s hand was warm, and his handshake was the perfect blend of firm grasp and definite shake, without any macho bullshit of grinding bones, or the alternate limp, wet, loose grip that Vidal hated even more than a power-play shake.

“Are you here for a long vacation?” he asked. He didn’t want to get to know this man, but he was stuck here with nothing to do and the man appeared to be alone.

“Really? I’m here for longer than that. Perhaps we should join up and finish this round together.” Vidal ignored the fact he was only supposed to play nine holes. He’d just paid for membership of the golf course. He could play all eighteen if he wanted to.

Lang gave him a cheeky grin. His hair shone like burnished gold in the sunlight and his blue eyes sparkled like sapphires in his scruffy face. “I’d like that. Afterward, the winner can buy the loser lunch in the club house.”

Lang was used to maintaining a calm and amenable façade no matter what anyone said to him or did in his presence. It was part of the all-encompassing chess game that was the legal profession. However, he liked to be in control in his private life, and that meant that he was usually the top. Right now, it was clear that Vidal planned to top him. It was also very obvious that Vidal had no comprehension of “slow” or “measured.”

If this kept up, he would have a second heart attack for sure. Lang wasn’t prepared to try to stop him, but there were other ways to demonstrate how sex could be, and he’d do that as soon as he got an opportunity. Not now, though.

Vidal had him flat on his belly, his briefs ripped off, and a thick finger deep in his ass before he could say, “Slow down a bit.”

Still moving at the same breakneck speed, Vidal was sitting astride him, forcing his dick into Lang’s back door. Lang breathed out and waited as Vidal pushed his way in, and then rose onto his hands and knees, encouraging Vidal to move with him.

Vidal groaned, gripped Lang’s hips and started pumping. He slammed in and out of Lang so fast that Lang really was concerned about Vidal’s health, but he was also incredibly aroused. He wanted this fucking, and he wanted Vidal. He’d just planned to be on top and move at one tenth Vidal’s speed.

Predictably, Vidal came with a shout and then collapsed over Lang’s back. Only Vidal’s heaving breaths and thudding heart against his skin prevented Lang from worrying about him. Gently, he rolled Vidal off, took the tube of lube from the nightstand, and lay beside the sweating, heavily breathing man.

“Now I’ll teach you how good sex can be,” he whispered into Vidal’s ear.

He coated two fingers with lube, kneeled between Vidal’s legs, and pushed them over his own shoulders.

Slowly and carefully, he massaged around Vidal’s muscle ring, noticing Vidal’s shocked face and then his acceptance. Lang was sure if Vidal hadn’t just come and been out of breath there’d have been complaints and refusals, but right now, he wasn’t in a good place to object.

Nevertheless, Langley deliberately took his time, making sure Vidal was fully open and ready before he picked up one of the condoms, rolled it over his still-erect and unfulfilled dick, slathered it with lube, and pushed it at Vidal’s prepared rosette.

Vidal groaned and gripped his arms, but Lang pressed deeper, sliding inside until he was fully absorbed into the heat that was Vidal’s rear channel. “Ah, that feels so good. Hot and tight, just the way I like it.”

He rotated his hips, letting the head of his cock search for Vidal’s prostate and slide over it once, and then again. Lang watched as Vidal’s dick, which had been completely limp, twitched and hardened a little.

“That’s just a hint. It’ll get even better soon.”

He withdrew until only the head of his cock was still inside Vidal, and even though he longed to do exactly as Vidal had done, slamming in and out and coming fast and furiously, he purposely moved slowly, thoughtfully, varying his strokes and his pacing, never being predictable, and gradually cranking up the tension between them. Lang’s own dick was so hard it ached to come. His balls were drawn up tight against his body, but he wasn’t ready to explode just yet. Vidal needed to learn that slow could be much better than fast.

He scraped his fingernails over Vidal’s inner thighs and pinched his nipples. Only then did he lean forward and kiss Vidal, making sure the bristles of his beginning beard scraped across the other man’s cheeks. As he’d expected Vidal’s black eyebrows rose almost to his hairline and his eyes opened wide.

Very deliberately he rotated his hips again, pinging Vidal’s prostrate once more, before stroking in and out of Vidal’s ass slightly faster and harder this time. Already, Vidal’s cock was hard again, and Lang smiled gently at him. “Are you starting to gain an appreciation for slow sex now?”

Vidal just grunted, but Lang was content with that. The man might not acknowledge it, but his cock was answering for him. And speaking of cocks, Lang’s was about to burst. He’d gone slowly for about as long as he could. Lang’s control was excellent. Years in the court room had taught him to maintain rigid discipline of every part of his body, not just his mouth. Getting a hard-on for one of the witnesses was just as likely to result in him being thrown out of court as being rude to the judge.

But still, it was time to increase the speed here. Lang gripped Vidal’s hips and pumped in and out faster now, but still made sure his dick penetrated right to the balls on every stroke. Every once in a while he swiveled his hips, knowing exactly where Vidal’s prostate was and determined to send the man screaming into a second release. 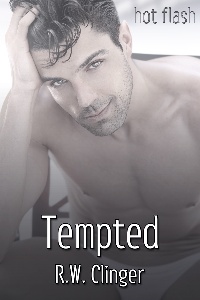