What would you do if you took your family for a fun day at Universal Studios, watched your husband and son go on a ride and when they return... they are completely different people? For Jack Connors, it's a nightmare when he tries to convince park security, police, and then hospital staff that the two people claiming to be his loved ones are impostors. Worse... he has no proof. They are far from home, and the only photo in his wallet is that of the man and child from the ride. Something sinister is afoot, but Jack isn't quite sure what... or why his whole world has just gone haywire.

Jack traded places with Dex and stood in a freezing section to the left of the landing bay and waited for his family to return. He had the weirdest feeling…a pang of separation anxiety he couldn’t explain.

I worry too much. I have to relax. I have to stop thinking something will happen to Nicky. Millions of people take this ride, and they don’t fall out of the roller coaster. Dex loves Nicky. He’ll protect him.

He stood and waited, watching out for his husband and son. A family came to stand beside him, exchanging with him the tight smiles strangers always did. And then a man and a child approached him.

“Daddy, that was sooooo cool!” The little boy stared up at him.

At first, Jack thought the kid was talking to the people beside him. Then he realized the child was talking to him. He stared at the little boy. A lump started forming in his throat. The kid was dressed exactly like Nicky.

The man who stood with his hands resting on the child’s shoulders beamed at him. He was dressed exactly like Dex.

Except they weren’t Dex and Nicky.

“Who are you?” Jack asked. This was freaky. How could they be dressed exactly like his husband and son?

“What’s wrong, Daddy?” the little boy asked, his round blue eyes staring up at Jack.

The little boy began to cry. 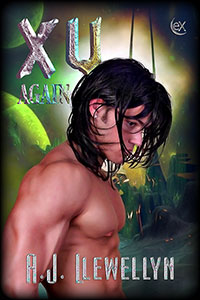 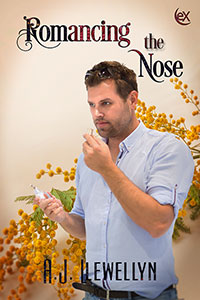