Tryg Avondale is the muscle for his pride, and when he’s called upon to hunt down two missing teens, he sees the job for what it is – a chance to give his pride a break from him and his “nature”. Tryg is a gay lion and it’s not something his “family” seems to embrace.

He takes with him Luke Dorchester – an empath and the perfect travel companion. Luke can feel and soothe every emotion that coils deep inside Tryg, and the sex between them is the hottest Tryg has ever known. Tryg has no intention of letting his emotions go any further when it comes to this brand new man. But he also has zero intention of letting him go. What follows is a road trip from campground to campground, hot nights in hotel rooms and close encounters spent together as they follow the scent of the two abducted shifters. A scent that takes them to Divination Falls, a haven for shifters and associated magical folk; a place where an old evil will surface and Tryg will learn just how far his love for lion-hearted Luke must take him. 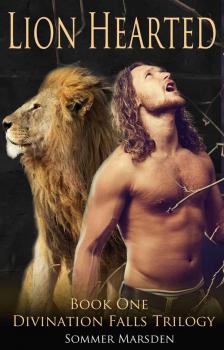 "After reading this, I could not believe I hadn’t read it sooner. I had this book in my library for awhile and just the other night finally decided to pick it up and read it and I am so glad I did. This was a unique story with so many different paranormal characters from shifters, empaths , witches and demons. The author took the time to develop the main characters and their back story, as well as the history behind becoming a shifter and turning for the first time.

This book pulled me in quickly with the discovery of two members of the pride who to appeared to have been kidnapped. Tryg is not your typical enforcer as result of being gay and the need to be away from this pride to start a new life. Enter Luke, a drifter in town that seems to be drawn to Tryg like no other and is able to settle his beast like no one that Tryg has ever met. While these two main characters track the missing kidnapped girls, they learn more about each other and start to build a relationship that will maybe last a life time. I loved the chemistry between Tryg and Luke, they hit it right off and their relationship just grew from there. Lion Heard is a solid mystery, an easy, quick read that urges the reader forward to find the truth behind the disappearance.

It was a suspenseful, romantic and very enjoyable read. The book has some steamy sex scenes and quite a few funny moments. I have to say that Luke was funniest of all characters in this book. I just love him and I hope that author writes more books in this series."

‘Here’s your whisky, Tryg,’ Matthew said. He slid the shot glass across the scarred bar top.

‘Rot gut, what other kind do you drink?’

Tryg grunted, almost smiled, and tossed back the amber liquid. ‘How about another?’

‘You up for trouble tonight?’ Matthew looked wary, holding the whisky bottle but not pouring. What kind of bartender didn’t pour?

‘Me? Never.’ Tryg fingered the scar that bisected his eyebrow and barely avoided his left eyelid. He realised Matthew was watching, and quickly dropped his hand. ‘I’m fine, Matt. Just pour.’

‘Word is none of your business and it’s just hearsay so … Maybe you should just pour and not worry about rumours.’

Matthew pressed his lips together, nodded, poured. ‘Fine. But any problems from you, Bolo, and you’ll be banned from my bar.’

Matt shrugged. ‘It’s your name, as far as I heard until you started drinking here. Damn, Tryg, I thought it was your name.’

‘And you’re an enforcer.’

Matthew grinned and went to fill another order. That had been close. Tryg had been itching to clock him to teach him some manners. But he wouldn’t do that.

He shook off the echoes in his head and downed the glass of whisky. About 600 more and he might feel better. He might even get his drunk on. Tryg set his glass down with a bang and Matt looked up. He was annoyed.

‘So let him be annoyed,’ he growled.

Someone bumped into him and he practically roared, the urge to shift rippling under his skin and along his spine. This was not the day to provoke him. When your pride wants to send you away for “a break” you’re pretty much over. Especially if you’re supposed to be the muscle. Again he touched his scar and it made him angrier when he realised he was doing it. Whoever was behind him had better be ready.

‘What the fuck is your problem? You can’t see where you’re –’

Something made him bite off his words. Maybe it was the flash of fear in the man’s bright blue eyes or the nervous duck of the head that caused sandy blond hair to fall across his brow. Tryg bit back another roar because he found himself even more annoyed that he found the kid attractive.

Their shoulders brushed as he tried to push past, and he felt a comingling of instincts. The urge to lash out and hurt immediately contradicted by the urge to protect. What the hell?

Again, he wanted to hit him and kiss him. Tryg shook his head and moved away. He needed some air. Maybe he’d had too much to drink.

Or not enough brain cells in your damn head… 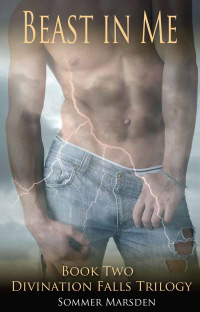 Beast in Me
Sommer Marsden
In Shelf
$2.99

The Happily Ever After Mating Agency Presents: The Lion's Den (MM)
Jane Wallace-Knight
In Shelf
$4.50
Tweets by
sirenbookstrand