Heat Rating: Sextreme
Word Count: 91,769
3 Ratings (4.3)
Contemporary Menage a Trois/Quatre Western/Cowboys
In Bookshelf
In Cart
In Wish List
Available formats
PDF
ePub
HTML
Mobi
Cover Art by Harris Channing
Reviews
GREAT first book! The story was good. I loved the characters, especially Tucker! First book by this author and I have to say that the editing was terrific!! Enjoyed the book cover to cover and look forward to more from this author!! Great Job Nichole!
Avril
Read more...

She normally wouldn’t come into work on a Sunday, but Payton Ross, owner of the Golden Spur Saloon, had asked her to take a look at her books today. Right now she was silently cursing the saloon owner. She’d become good friends with Payton after she moved to Harmony a few years ago, but right now she wanted to tell her to look at her own books.

As if she knew Mandy was thinking about her, the chime above her office door sounded, and the woman herself walked into the small office that lined Main Street. Her blonde hair was pulled back in a neat ponytail. Her fair skin was flawless, making Mandy a bit jealous. Blue eyes shined at her. It was nice that someone could look like a million bucks after staying up all damn night.

“Morning, girl. I was wondering if we were still gonna be on after all the booze you consumed last night. I don’t think I’ve ever seen you drink so much. How ya feeling?”

“Yeah, I know. If you would rather just stand there and laugh at me, then I will leave you here and go back home. I can hear my bed calling to me from here.” She knew it wasn’t Payton’s fault that she felt like crap, and she shouldn’t take her attitude out on her.

“I’m more than happy to keep you company. I can see that you’re in a grumpy mode, though. I can’t help but wonder if it’s because of the hangover or because of what caused you to drink so much last night in the first place.”

“Would the engagement between Sam and Belinda be why you got so smashed last night? If so, then you have the hangover for nothing.” Payton sat herself in the plush seat in front of Mandy’s desk, looking nonchalant about what she’d just said.

What did she mean by that?

“What are you going on about?” Making herself busy with turning her computer on and getting Payton’s file out of her lock drawer in her desk, she tried to seem just as indifferent but had the feeling she was failing miserably by the smile on her friend’s face.

“I was just over at the Maple Leaf Diner and couldn’t help but notice that Belinda was there talking to a few people. Me being the nosy person I am couldn’t help but overhear her conversation. Apparently she and Sam got into a huge fight last night after they left the saloon, and they ended their engagement.”

Her heart stopped. Snapping her gaze to Payton, she tried to decide if she was getting her hopes up for nothing. She could see the humor in her aqua eyes, but as far as Mandy could tell, Payton was being honest about what she’d heard. It didn’t make any sense. They’d only announced their engagement the night before. How was it possible they’d ended everything after only a day?

If they loved each other at all, they would’ve tried like hell to work out their problems. They wouldn’t have thrown in the towel after only a day. There was something going on, and Mandy was going to find out what it was. What she thought was even more strange was Sam hadn’t mentioned anything about it that morning when he’d stormed into her house like a raging bull bent on skewering anyone in his way. That might explain his bad attitude that morning.

“She didn’t say what they were fighting about?” There was no point in acting like she didn’t care about the little piece of gossip. Everyone in town knew how she felt about Sam, and they all had to know what the announcement had done to her last night. Pretending otherwise would’ve been ridiculous.

“No, I didn’t hear. I’m sure if you call her, she’ll be more than happy to tell you. I have a feeling she made sure to mention their fight and breakup where I could hear so that I would tell you. I think she wanted you to know.”

Mandy knew she and Belinda hadn’t really spoken since she’d found out about their relationship. It made sense that if Belinda wanted her to know, then she would tell everyone in town in hopes the Harmony grapevine would get it to her. Looking over at the phone, she contemplated calling her but thought better of it. Mandy wasn’t ready to talk to her about what had happened between her and Sam.

She wondered if they were putting an end to their relationship because of their fear of losing her friendship, or if they thought their relationship wasn’t worth all the turmoil and heartache. She wanted to act like a child and let their relationship disintegrate and fall apart, but she knew she couldn’t do that. Eventually, she would go and talk to them. She would encourage them to work out their problems and to make a go of what they’d found.

Dammit, it sucked being an adult.

He could feel her body being pushed firmer ino his. As he let go of her lips, he saw Sam at her back, gathering her long hair in his hands and moving it away from her neck. She arched her back, leaning against Sam’s chest as he kissed and licked at her shoulder and neck. He attacked the other side of her neck putting some space between their bodies, giving Sam room to maneuver.

He ran his hands along the bottom edge of her tank top, collecting it in his grasp and pulling it over her head and off her body. She stood naked from the waist up between them and he watched the pink hue of a blush run up her body and wariness fill her eyes. He cupped her full, heavy breasts in his palms as he flicked his fingers over her pouty nipples. The rose-tinted peaks perked up even more, as if they were begging for his attention.

“Do you know how beautiful you are, Mandy Baby? Do you know how much we want you?” Dipping his head, he sucked her tip into his mouth ,wrenching a moan out of her from deep in her chest.

Her body stiffened momentarily when Sam smoothed over her stomach and moved down beneath the waistband of her pajama pants. She let the tension out of her body sighing as he moved his hand on her. He caught her nipple between his teeth and bit down, giving her the small amount of added pain to push her further into her pleasure.

He wanted to sink into her body. He wanted to pound deep inside her until she forgot what it felt like to be without him. Drawing in a deep breath, he could smell her arousal and knew she wanted them as desperately as they wanted her.

“Mandy Mine, I want to taste you again. Will you let me taste that sweet pussy?” Sam’s voice sounded strangled and rough. Tucker knew how he was feeling. His entire body was rigid with a need to make love to this woman and make her theirs.

“Please.” The small plea left Mandy’s swollen red lips. Releasing her body, Tucker let Sam turn her around to face him in their arms.

With her back pressed against his chest, he let his hands drift down her body. His fingers hooked into the waistband of her pants and the straps of her thong pushing them down her legs. After helping her step out of first one leg and then the other, he stood back up behind her.  Naked between them his eyes followed the line of her curves.

Even though he’d seen her naked body, he was struck by her beauty again. For years he’d fantasized about her being naked beneath him, above him, but his imagination hadn’t done her justice. Her breasts filled his hands perfectly. Bending his knees a fraction, the swell of her ass fit into the cradle of his hips, and the hard shaft of his cock pressed in between the round globes. He couldn’t wait to sink into her and feel her warmth slide over him as he made love to her.

With his hands grasping her breasts, he flicked his thumb over her nipples as he pulled her back to lean on him. Moving his leg between her thighs, he spread her open more fully to his friend. Caressing his hands across her overheated skin, Sam dropped to his knees in front of her. He could hear his friend’s deep inhale of breath as he pushed his nose into the junction between her spread legs. Tucker knew what that smell was doing to his friend. It had done the same thing to him.

It had made him want to forget all about foreplay. He didn’t want to take his time or take it slow. He wanted to take it fast, hard, and bury himself deep. He knew how much effort it was taking on Sam’s part to keep himself on his knees before her and give her the pleasure to make her soft and lax in their arms.

“She smells so good. I have to see if you taste as good as you did in your office.”

Tucker watched as Sam licked up the seam of her glistening pussy and was surprised at how turned on his was. He’d expected jealousy or anger. Sam had been right that they’d shared women before, but they hadn’t been anything to them, meant anything to them, other than a little fun on the weekend.

After thinking hard about what Sam had asked of him, he’d outwardly thought he would be able to do it, but deep down he’d thought it wasn’t possible. Mandy was more than a little fun to him, and he’d thought he wouldn’t be able to watch the woman he loved with his best friend. Now standing behind Mandy, supporting her weight while watching the pleasure on her face, all he felt was need. He needed to be with her and give her pleasure. He wanted to hear her scream his name as she bucked beneath him and her pussy spasmed around him.

She tipped her head back lying it on his shoulder. A low moan left her lips. She closed her eyes as she arched her hips closer to Sam’s mouth. His hand glided up her body, the closed around her breasts again and pinched her nipples between his fingers. He rolled the puckered flesh and licked the side of her neck, feeling the pulse of her heartbeat in her throat. He nipped her earlobe between his teeth as she rocked her hips against Sam’s mouth while arching into his hands. 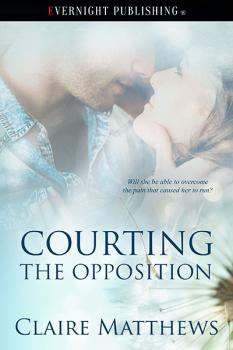 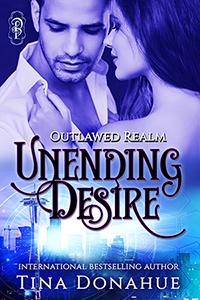