Naked for Her Two Masters (MFM)

Naked for Her Two Masters (MFM)

More From The Wolf Masters

Seduced by Her Two Masters (MFM)
Berengaria Brown
In Shelf
$3.99
All Books In Cart
All Books In Bookshelf
Excerpt

Fury raced through Kingston’s veins as he stared at the strange woman in his hot spring. Were the fucking gold diggers following him to the mountain now? Where the fucking hell had she come from? He couldn’t imagine a woman hiking up the mountain. It’d take days and she’d need a support crew with a tent and food and all her equipment. No, she must have had a helicopter bring her and the pilot had landed her at the wrong spring. For a moment he wondered how long she’d been lying there waiting for him to find her, then shrugged it off. Too bad. She was about to have a reality check. It was a good three miles over very rough rock back to the pack’s home. That should teach her not to act precipitously in the future.

He stood on an overhanging rock and roared at the interloper, “What the fucking hell are you doing in my hot spring?”

He felt a momentary flash of guilt when she startled so badly she sank beneath the water and came up coughing and splashing.

“I’m sorry. I didn’t realize this was private property.” He watched her scramble out of the water, keeping her back to him. Did she really think that acting all shy and hiding her nakedness when she’d come here deliberately to entice him would work? She couldn’t possibly be that stupid. Then he remembered some of the other women who’d pursued him. Yes, she could be that dumb. He watched her open her backpack and pull out a towel, rub her body briskly then climb into jeans, a T-shirt, and a sweater. The clothes looked well-worn. He’d expected her to wear something nicer, but perhaps she intended to keep up the innocent act.

He also noticed she dried her feet carefully—far more carefully than she’d dried any other part of her body—before putting on clean socks. That was the way genuine hikers behaved. Feet were the most important part of a hiker’s equipment and it made good sense to treat them properly. He watched her push the dirty clothes that had been left on the ground beside her boots into the backpack, and then shrug it over her shoulders. Like her clothing, the backpack was far from new. Likely she’d bought it secondhand or from a thrift store. She had a bedding roll pushed through the straps of the backpack.

She kept her back to him and walked up the hill at the side of the hot spring, heading west.

“Where are you going?” he asked.

“Back to the river. Or is that still on your land? May I stay at the river tonight please?”

“Why?” He couldn’t understand why she hadn’t asked to go to his home. What devious plan was in her brain?

“I don’t have any food left and if I set my net now I might catch a fish for breakfast.”

“Why don’t you want to come to my house?”

“You told me to get off your land.”

“No I didn’t. I asked you what you were doing in my pool. A question you haven’t answered.”

While they’d been talking he’d walked around the rim of the hot spring so he was still above her but much closer to her now. Her brown eyes were a little bit sunken in her face and she looked tired. The jeans she’d put in her backpack had been very dirty, as if she’d been wearing them for a while. He wondered if she really had climbed the mountain, or at least come quite a distance, and if she had run out of food or if that was just a ploy to get his sympathy. Some women were incredibly manipulative, especially when they hoped to catch a rich husband.

She turned to face him fully. “The short answer is soaking and resting. The long answer is I came to the mountains for peace and a break. I saw the steam rising from your pool and I thought it was going to be a volcano so I wanted to look at it.”

“There are no volcanoes in these mountains.”

“I didn’t know that. I didn’t know there were hot springs here either, though. Listen, is it all right if I stay by the river? I need to leave now to get there before dark and set my net.”

“Follow me to my house instead. I’ll feed you.” He was probably being naïve letting her come, but if she genuinely had no food he couldn’t leave her out on the mountain.

“First we’ll play a game to arouse you. Lie on your face on the bed. Stretch your arms and legs wide apart.”

Andorra did as she was told and found her wrists and ankles handcuffed to the bedposts and a blindfold covering her head. She felt a flash of fear, then reminded herself that she needed to trust these men, and forced herself to take some big deep breaths.

She wondered why she was drawn to these two men, scarcely more than strangers. Raleigh was kind and considerate. Kingston very dominant, yet she knew underneath his harsh words he was watching her and wouldn’t really hurt her. There was a link between them. A bond she couldn’t quite explain. Or maybe it was just that they were very delicious eye-candy and gave her great orgasms. The best orgasms she’d ever had.

Hands stroked her back and ass. She was certain the rougher, more demanding pair belonged to Master Kingston and the more gentle, but larger pair, to Raleigh. Or Master Raleigh she supposed she should call him.

The first few strikes with the whip brought tears to her eyes then she relaxed into the punishment as the heat from the narrow stripe on her ass spread across her ass and into her body warming her, making her ready to accept a cock inside her again. Her pussy creamed with readiness as a flogger began punishing her back, laying stripes on her shoulders and thighs. And then fingers were in her ass, more gentle this time and thickly coated with gel, stretching her, softening her tissues.

Her feet were uncuffed and her legs lifted as a man crawled between them, touching her ass, her pussy, her clit in a teasing, yet arousing sequence. Finally her handcuffs were removed, and Master Kingston pulled her onto her side and placed his mouth over her breast. She grasped his shoulders as he sucked and licked her breast, taking the entire areola into his mouth and sucking hard. When he did bite her nipple it brought nothing but pleasure, causing cream to pour from her pussy in readiness.

He lifted her upper leg and slammed his cock into her cunt, grabbing her hips and pushing himself deep as he’d done earlier. Only when his balls were rammed hard against her body did he stop.

Master Kingston’s fingers bit into her hips as he held her exactly where he wanted her. Master Raleigh’s hands were more gentle as they guided her. The two men began a movement where one withdrew as the other pushed in. Andorra felt the tension in her body rising exponentially with the actions of the men. One or the other of them was always driving deeper inside her, arousing her, making her desperate for that little bit extra that would help her to come.

She was more aware this time. More able to pay attention to the men and their actions, even though the blindfold covered her face. In some ways, not being able to see actually enhanced her response as she was forced to use her other senses to make up for the missing one.

She let go of Master Kingston’s shoulders and gently stroked his arm, then reached behind her to pet Master Raleigh. Kingston was stockier than Raleigh, more heavily muscled and more solid. Raleigh had plenty of muscles but they were leaner and less obvious to her wandering fingers.

It was Raleigh who picked her up and carried her into the shower, but both men washed her, and then once again Master Kingston put gel in her ass.

She went to get her clothing but Master Kingston said, “Stop, slave. You must remain naked in these rooms. Your body is for our pleasure. It no longer belongs to you.”

Well, fuck! I was hoping to have something to eat before I went to bed. 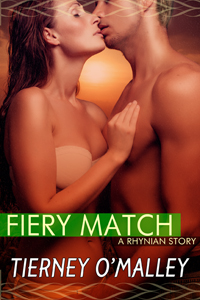