The woods behind the old mansion camouflage the young woman well as she scavenges for nuts and berries. Life among the animals is the only life she has known, until the night when the reclusive owner of the estate hears a strange rustling as he hunts for his nightly feast. The man is no ordinary man. He is the result of an experiment gone terribly awry, and he does not welcome the intrusion into his life of solitude. 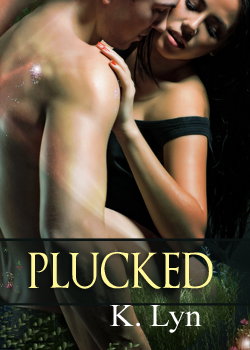 Roan flipped the light switch on and off a couple of times and poured himself a strong one. He knew what would happen when the glass was empty. It never failed that sleep overcame the recluse and he took to his bed. What occurred during his sleep was mostly unknown to the man, and what he did know frightened him. When the night was as black as pitch, he walked out the back door and into the woods. Covered with thick fur and with claws as sharp as knives, he searched for food, feasting on small animals, nuts and berries, until his eyes detected the slightest hint that daylight was approaching. Then he returned to the house and his bed, waking up once again in the body of a man. He feared what he had become and he blamed the liquor, but it was no ordinary alcoholic beverage that was the culprit. Roan was barely a man when he was plucked from his family for an experimental procedure that had gone terribly awry.

When the shadows of the night closed in around the old house, Roan couldn’t shake the sense of dread and sadness he felt, and so he drank. But the monster within him would never be gone. The aftermath of his nightly excursions was chilling. On occasion, he would venture into the woods in the daytime and when he did he found carcasses of dead animals he had killed the night before. The footsteps he encountered were that of an animal, but he knew they belonged to him. He was the man beast who had killed the defenseless creatures. He felt safe within the mansion and he knew the world was safe without him in it.