Trevor Reiner has become the consort of a vampire prince. All he has to do is pretend he and Prince Ludwick are in a scandalous relationship, which they are, and he will be paid two million dollars, which he desperately needs.

The only problem with the plan are Ludwick's strange mood swings. The man is almost perfect, making Trevor's toes curl in bed, while making Trevor laugh as they annoy the noble class.

But something is wrong. Something is changing. Trevor's feelings for the prince are deepening, and the money hanging over his head is starting to feel like a burden rather than a goal. An act of violence goes too far, and his closest friend wants more than what Trevor can give.

But he can't accept it, because Ludwick has somehow worked his way into Trevor's heart.

But when fighting for what they both want might leave them both in heartbreak, what's the point in trying?

NOTE! You are purchasing a serialized series. This is Book 1 of 4 in the Sucks Royally series. These books are not stand alone. The series shares an overall story arc. Each is a continuation of the previous book and must be read in the numbered order. Each book may end on a cliffhanger but usually with a happy-for-now. The final book contains a happily forever after for the lead characters.
Marcy Jacks is a Siren-exclusive author.

Prince Ludwick Starosta, the crown prince of vampires in the United States, led Trevor Reiner by the hand to his room.

Trevor followed eagerly. He couldn't stop himself from grinning ear to ear every time the prince looked back at him.

Even though they weren't lovers in the romantic sense, there was something adventurous about being with a man who looked at him like that and was constantly eager to get into bed with him.

And he was so good at it that Trevor was eager to please in return.

He didn't even mind the prying eyes of guards and staff who watched them rush by.

They were invisible as far as Trevor was concerned.

Though Martin's expression still troubled him. Trevor couldn't make out what that was supposed to be about.

And then he didn't care again as Ludwick grabbed him tighter, spinning Trevor around and pushing him against the heavy oak door to his bedroom.

The wind whooshed from Trevor's sails as he felt impact, but it was exciting, especially as Ludwick leaned in and kissed him, his cold lips as always a striking contrast against Trevor's hot body.

Trevor pushed his heated fingers through Ludwick's hair. He loosened the tie that kept it pulled back so he could touch the man's cool scalp.

Vampires weren't cold. Not really, but they weren't as hot as humans were and definitely nowhere near as hot as werewolves.

It was nice to touch him like this. To feel his body overheating and knowing his lover was capable of bringing his temperature back down.

He wondered how this felt to Ludwick. Ludwick once commented that Trevor was warm. He said it as though he liked it, but Trevor never asked for specifics, and now he was making out with the crown prince of vampires in the middle of the hall.

There were probably cameras that could see them, recording footage the king would want, and in a dark part of his mind, Trevor liked that.

After the king's threats, knowing he would have to see Trevor making out with his son, that it would piss him off, made Trevor a little more eager to get Ludwick out of his clothes.

He wanted to feel Ludwick's hard cock in his hand. He wanted to make sure the world knew that it was Trevor, a lowly human that made Ludwick come undone.

He reached for the man's belt and pants, pulling at the buttons and fly, feeling the bulge beneath, knowing it was for him.

Ludwick smiled at that, pulling back from the kiss. "You want me to fuck you out in the hall? That seems a little out of character."

Trevor nodded, swallowing hard. "I might not be thinking so clearly right now, but I want to be on my knees right now. If His Highness wouldn't mind."

"You say that so mockingly." Again, Ludwick sounded amused. "I like that."

It figured he would. He hated his title and the snobbery of the ton as much as Trevor did.

The difference was he was allowed to speak of his hatred in public, to the people he didn't like right to their faces.

Until recently, Trevor was barely allowed to whisper how much he despised the vampire culture even to his own friends.

With Ludwick, he was learning he could be more open about this, and it was Ludwick who was making him feel…alive.

Trevor found his strength, grabbed the prince by the shoulders, and spun him around.

"Forgive me," he said, even though he didn't really mean it.

And that alone was something else that excited him.

He could apologize sarcastically and say snide things to the prince himself, and he didn't have to mean them because he knew Ludwick's sense of humor.

He knew he could say what he wanted around this man and he wouldn't be in trouble for it.

He could be himself.

That was something he thought he’d never get to have around a vampire.

"Finish what you started, and then we can talk about forgiveness."

Trevor grinned, and he wasn't going to lie. He felt a little like a bad boy.

Not that he was one for ever stroking his own ego like that, but there was something to be said about giving in to the fantasy from time to time.

Trevor sank his mouth down lower on Ludwick's cock. He didn't want to decide whether or not he did, for sure, want Ludwick drinking from him again.

Once was one thing, but to continuously do it within a few days was a big risk…

The risk for changing into a vampire…of blood loss and death or even just infection…there were so many reasons not to let vampires feed on throats anymore, not to mention the born vampire snobs absolutely hated vampires who had been turned from human. They were always dicks like that.

But it had felt so nice to feel those teeth in his throat.

Trevor put those thoughts of teeth and biting pleasure out of his mind. There was no point thinking about something like that when he was about to enjoy a pleasure of a different kind.

He sank his mouth down deeper onto Ludwick’s cock, enjoying the taste.

Especially when the vampire prince moaned and began to thrust his prick deeper into Trevor’s mouth. It felt as though his cock head was gently touching the back of Trevor's throat as he bobbed back and forth.

And Trevor was into it. Ludwick had a thing for not putting up with the rules of society. He hated them, and even though Trevor had learned quickly how the man was very much an alpha type in bed, he liked to dominate, he liked to fuck, and he also liked to have Trevor telling him what to do.

Even though Ludwick was the one who took command, he also didn’t, in a strange way.

“That's it. Your mouth is so sweet.” Ludwick put his hand to the back of Trevor's hair, pulling him down a little farther on his dick.

Trevor had to adjust himself, get his breath and keep his composure, but thankfully, Ludwick released him quickly.

“Sorry.” He laughed a little at that. “I forget my strength around you at times.”

Trevor flipped the man off, and Ludwick's eyes danced at the scandalous gesture.

“Bit of a strange thing to signal to me when my cock is between your lips.”

Trevor rolled his eyes, but he was trying to not let himself get too caught up in this.

Trevor always needed a few minutes to let himself relax into the idea of ordering around a prince who could destroy his life if he really wanted to.

Especially when Ludwick had a thing for going down on Trevor.

The guy seemed to love it, and Trevor, much as he liked having a vampire prince putting his cock into his mouth, still struggled with it.

But this he could do. He had absolutely no problem with.

Fortunately, Ludwick didn’t seem to have an issue with it either. The man smiled as Trevor massaged his testicles, all the while hollowing his cheeks and tightening his lips around his shaft.

“W-we might have to bring this inside, sweet. This is enough of a show for the guards.”

But Trevor wasn’t done. He was too into this. He wanted more. He wanted to taste Ludwick inside his mouth. If they stopped what they were doing, he got the terrible idea Ludwick wouldn’t let them finish.

No way. Trevor wasn’t nearly finished with him. He looked up at the man, Ludwick’s dick still between his lips, and those red eyes flashed with something. Alive and interested.

He was very serious, which was why Trevor went back to rocking Ludwick’s world.

The man let his head conk back on the door, groaning, his cool fingers pushing through Trevor’s hair, tickling and scratching at the same time.

And Trevor decided he really liked that feeling. It encouraged him to sink deeper around the man's prick.

Trevor did. He worshiped his prince the way Ludwick deserved to be worshipped. He made the man moan and sigh as Ludwick thrust helplessly into Trevor’s mouth, and that back-and-forth motion of Ludwick’s hips was definitely enough to get the rest of Trevor excited too.

His own dick swelled and tried to stand on end, but his jeans, and the position, made that difficult.

Trevor groaned at the building pressure, but he told himself it would be his turn soon. The friction against his own cock was almost enough to make him forget that he wanted so much more.

Right now, he just had to take care of some other, more important business.

“You should see yourself right now, sucking on my cock. Giving me that look. So perfect. So beautiful.”

Really? This was how Ludwick was going to talk the first time Trevor put the man’s dick into his mouth? Not that he minded, but…who talked like that during sex?

That sounded a little sentimental, but maybe that was the way vampires were. It wouldn’t be the first time Ludwick had used flowery speech on him.

Trevor kind of liked it. Even when his jaw started to ache, he kept going because, well, it pleased the other man so much.

And maybe Trevor was the sort of guy who was actually into being given romantic talks, even when he knew it wasn't real.

Ludwick started to show signs that he was close. His groan changed, and his grip in Trevor’s hair tightened dramatically. Trevor couldn’t explain why this excited him even more. It wasn’t his own orgasm he was working for, but he wanted more than anything to make Ludwick reach his.

I want to taste you. You know what I taste like. I want to know what a prince tastes like. 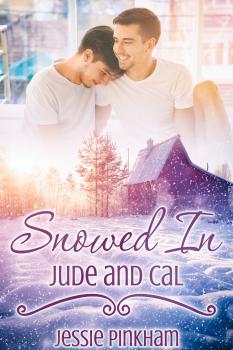